Niki from the Tennessee-based family venture 5 Dog Farm gives us the inside scoop on how to make a four-generation farm prosper. 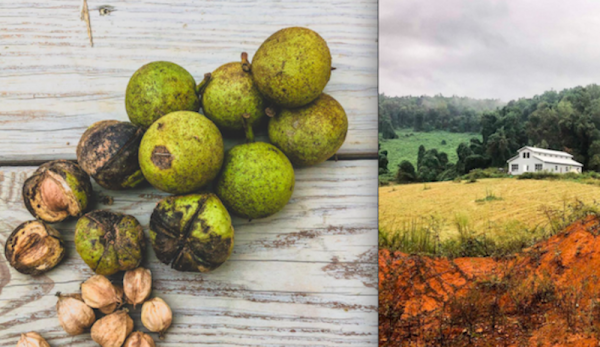 “Growing up as a kid a few miles from Disneyland in California, my favorite part was Tom Sawyer Island where you could run through the trees,” recalls Niki, who runs 5 Dog Farm alongside her partner Mr. Bluejeans in Tennessee. “I really felt a kinship to nature, and my dad always had lots of dogs. So that was all set into me by the time I was five.”

Situated over 60 acres, 5 Dog Farm has recently expanded to add Kunekune and Mangalitsa pigs to the ranks of its resident animals. The land also houses trees that provide hickory and walnuts.

We spoke to Niki about the joys of running a four-generation family farm plus the origin of the venture’s canine-centric name. We also got into the details of harvesting nuts.

What’s in a Name?

When Niki and Mr. Bluejeans originally founded 5 Dog Farm, they named the enterprise after their beloved canines. “We started out with one and, because I’m a pushover, we got four more rescues,” recalls Niki.

“At this point, because our daughters have decided to move onto the farm, the total of dogs is now 22,” she adds. “But I can’t keep changing the name of the farm!”

Read more: When it comes to livestock dogs, it’s hard to beat the Australian Shepherd breed!

5 Dog Farm recently welcomed a number of Kunekune and Mangalitsa pigs into its fold. Niki explains that the Kunekunes are “like dogsâ€”they come to you when you call!”

Talking about her Mangalitsas, Niki says that the breed is “considered to be the Kobe beef of the pig world, very marbled and a deep red color.” She adds that they’ve also proved adept at rooting. “They’re doing the tilling for me!”

5 Dog Farm hosts a number of trees that produce nuts. They came as part of a package of 60 acres of raw land that Niki and Mr. Bluejeans originally snapped up.

“We have hickories and oaks with acorns and walnuts,” she says.

Read more: You can plant your own orchard full of nut trees! Here’s how.

When it comes to harvesting nuts, Niki says that she’s delegated the task to her daughters. “They’ll go out with the buckets,” she explains with a laugh. “The trees help us because they’re so abundant that we pick up what’s on the ground at this point. We’re not having to shake the trees.”

After cracking open the harvested nuts, they’re placed in a dehydrator before being used for eating, baking and to feed to the animals throughout the fall.

Working Together to Stay Stronger

Reflecting on the 5 Dog Farm journey so far, Niki says that one of the most rewarding aspects of running a venture that involves four generations of the family is working together.

“We all have different strengths we didn’t originally know we had. And we listen to each other,” she explains. “People are building their character and their strengths through the farm.”