Hazing: For College Students and Coyotes

If you have a coyote problem and aren’t quite ready to get out the shotgun, let me introduce you to the world of "Coyote Hazing.” 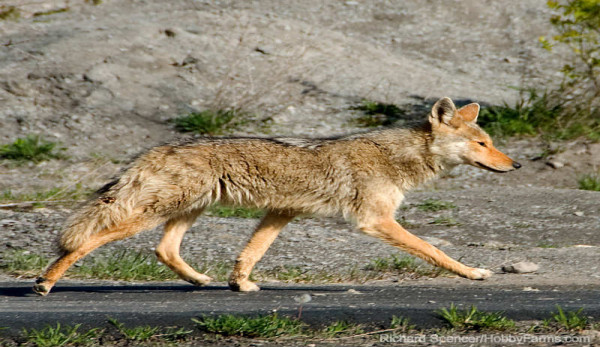 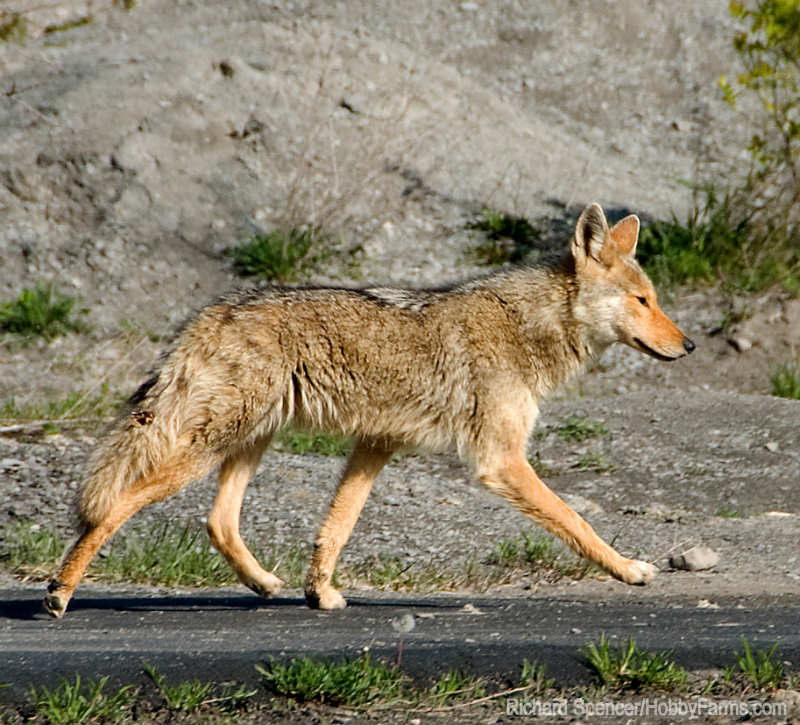 When I think of hazing, I think of college kids making each other perform ridiculous stunts, like wearing a diaper to class or having to clean the fraternity common room with your face. Until last week, I never used “hazing” and “coyote” in the same sentence.

For years, we’ve enjoyed nocturnal coyote concerts, but the performers were always far up on top of the ridges behind the house, not, say, crouching next to the kids’ trampoline at high noon, looking for gophers.

Living in a “rurban” area (more rural than suburb, but more suburb than full-on farm territory), we’re used to wildlife. But for the first 15 years I lived here, I’d never seen a coyote on the property. We have a groovy little 1-acre spot surrounded by wildland (oak, bay and redwood forest) and bordered by two creeks, so I am pretty sure they’ve been around, but all of a sudden, they are getting a bit up close and personal for my taste.

About a week ago, in the middle of the afternoon, “The Girls” (our flock of seven gold sex-link hens) started making sounds I’d never heard before. I looked out the window. A really big coyote was standing with his nose pressed right up to the wire of their run. And when I say “big,” I mean nearly the size of my lab/Aussie mix, who tips the scale at about 90 pounds.

I went flying out and down the back stairs, hollering at the top of my lungs, hoping he would find my sweatpants as terrifying as most members of my family do. He ran into the shrubbery, but I had a sneaking suspicion he was lurking around, watching from a hiding place. I waited about 10 minutes, then let the dogs out. I showed Holler (the lab mix) where the coyote had been standing, and watched in amazement as he tracked the path he had taken, crisscrossing the yard about 20 times.

Two days later, my pal Michael, who was putting up a new fence for us (to keep the darn dogs in so they will stay home and defend the perimeter), told me the coyote had showed up again, sitting right in the driveway, eyeballing one of my cats who was up on the porch roof.Michael shooed him away, and the coyote left reluctantly. “He was the size of a German Shepherd!” Michael said.

This was not good. First of all, the coyote was getting bolder. He also appeared to be getting bigger. I fully expected that at next sighting, he’d be the size of a Great Dane. So I leapt into action: I hit Google, and that’s where I was introduced to the world of Coyote Hazing.

Now, I know some people think the only good coyote is a dead coyote, but I wasn’t really up for taking him out. I just want him to stay away from The Girls and the cats, and hazing seemed promising. It’s really just scaring the bejeezus out of the coyote until he leaves the area, letting him know your place is not the happy fun-time snack party he’d thought. Shake a can full of rocks, squirt him with a garden hose, and yell and scream like a lunatic until he runs for his life. At first, he might only run a short distance, then stop and look at you. It’s important to keep after the coyote until he completely leaves the area.

The Humane Society has pretty good how-to info coyote hazing, and so does the University of California, Davis.

Once we get the fence built, the dogs can stay outside and help out, but until then, next time he shows up, even if he’s grown to the size of a St. Bernard, I’m goin’ at him with some bear spray and an air horn. Oh, and my terrifying sweatpants. And if I can get him into a diaper, I’ll try that, too.