Healing Herbs: Use These 7 for Pain Relief

Herbs can often help calm muscles, tendons and ligaments, as well as soothe the body’s pains. Here's a selection of our favorites. 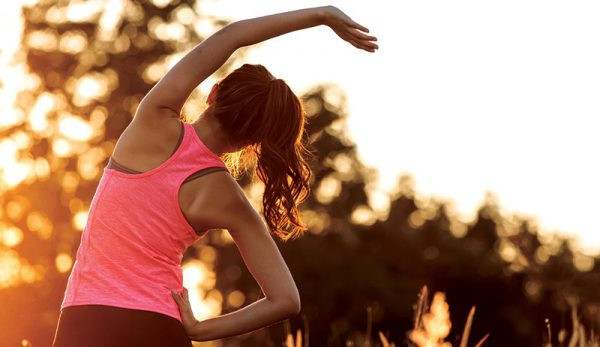 If medicinal herbs have won you over by healing skin wounds and curing colds, you might want to explore ways that herbs can help address deeper lingering issues in your body. Perhaps the ailments that take the biggest toll on our health are the ones that affect the musculoskeletal system. When our muscles ache and our bones hurt, it’s difficult to live life to its fullest. Luckily, there is a collection of plant medicine eager to help you.

When it comes to using herbs for bones and muscles, as with any ailment, it’s important to remember that you aren’t treating symptoms but underlying causes. Aches and pains point to imbalances in the body; they aren’t necessarily the problems themselves. Here’s a selection of our favorite herbs for treating the bones and muscles. Be aware that some of these herbs can be quite potent and should be used under the supervision of a trained herbalist or health practitioner.

If you have an illness that you can “feel in your bones,” turn your eyes to boneset (Eupatorium perfoliatum). This herb is best known for releasing a fever during a cold or flu and helping to relax muscles. Herbalists also use it to help calm muscle spasms and alleviate the aches and pains of rheumatism, in addition to any disease that creates inflammation and pain in the joints, muscles or fibrous tissue. Native Americans have also considered boneset one of the most important herbs for setting bones; it works by stimulating the natural healing process to draw the bones back together into their proper place.

You can find boneset growing in fields and moist areas, such as along stream banks. Its white flowers lay in flat clusters and look similar to other flowers that bloom in the summer. You can distinguish boneset by its opposing pointed, wrinkled leaves that surround the stem to form a diamond shape.

You can take boneset internally as a tea or via tincture of the leaves and flowers. The dosage varies depending on what you’re treating. Use this herb judiciously, as it can cause vomiting or diarrhea in large doses and contains pyrrolizidine alkaloids, which affect the liver in excessive amounts.

Horsetail is revered for its high silica content and, as such, is often used for strengthening hair and nails. However, this constituent also makes it adept at strengthening and regenerating connective tissues in the body, as well as soothing rheumatic pains. For this purpose, scouring horsetail (Equisetum hyemale) is preferred by herbalists.

Scouring horsetail, also called scouring rush, is a hollow, branchless evergreen that grows in moist sandy soils, popping out of the ground almost like green, jointed straws. The other type of horsetail used medicinally is field horsetail (Equisetem arvense), which more resembles a bottlebrush. Harvest the above-ground portions of either species.

Use horsetail to treat muscular pains by using it in a bath. Medical herbalist David Hoffmann recommends to steep the 31⁄2 ounces of the herb in hot water for an hour and then adding it to your bathwater.

By simply looking at the rhizomes of Solomon’s seal (Polygonatum spp.), which resemble knobby joints or even a spine, you can imagine how it is used in the body. According to herbalist Matthew Wood, it can help with just about any musculoskeletal problem. He writes that it works by adjusting tension on the body’s tendons and ligaments to get the body back to its normal state. It also lubricates tendons, ligaments, muscles and joints, so it’s a great herb for sports injuries, arthritis and carpal tunnel syndrome.

Solomon’s seal is a woodland plant, though you’re most likely to encounter it in ornamental gardens. Many varieties exist, and all can be used medicinally. Solomon’s seal stands less than 2 feet tall, with oval leaves that alternate down the arched stem and flowers that grow underneath. In the fall, the flowers turn to dark-blue berries, and after they fall, the rhizome can be harvested for a tea or tincture. A tea is often used internally for arthritis and rheumatism, while a high-proof alcohol tincture can be used externally or internally for most other issues.

You don’t hear much about teasel (Dipsacus fullonum) in herbal circles, and perhaps you’ve passed it by on roadways without much notice. Teasel is a biennial plant, meaning it has a two-year growth cycle. The first year, it sprouts a basal rosette of wrinkly, lance-shaped leaves. In its second year, it shoots up a 6-foot spiny stalk with a prickly, lilac-colored flowerhead. When seeking teasel for medicine, look for the first-year plants and harvest the root. A tincture is used alongside Solomon’s seal and marshmallow roots to treat torn muscles and joints.

Because of its antibiotic action, the golden root of this woodland plant is most often sought for infections of the mucus membranes. A lesser known use for goldenseal (Hydrastis canadensis), however, is for tears to joints in the body, such as herniated discs, torn meniscus and torn bursa. When used alongside an anti-inflammatory remedy, it helps repair the ripped tissue, Wood writes. The plant also contains alkaloids that can help control muscle spasms.

Goldenseal stands about 6 to 12 inches tall with two double-toothed leaves that each have five to seven lobes. Its raspberry-like fruits appear in April or May. What you’re after is the plant’s rhizome, which is a striking yellow color. Harvest it in the fall for a tincture.

Use goldenseal only in small doses. This is an endangered herb because of its high demand; plus, overuse can cause irritability of the digestive system, drop blood sugar levels and cause a dependency. Avoid use during pregnancy.

Mullein (Verbascum spp. ) is a common and versatile herb. All parts of the plant, including its large, fuzzy leaves and spire of yellow flowers, can be used medicinally in various capacities. When treating the musculoskeletal system, turn to the root. Like teasel, it is a biennial, and it should be harvested the first year before the flower stalk is sent up in the second year.

Mullein root has an affinity for the back, according to herbalist and wildcrafter Jim McDonald. He uses a tea or small doses of tincture—alongside some good stretching—to work out the kinks of overworked back muscles. The herb is an anti-inflammatory and works specifically on the bones and muscles.

Comfrey (Symphytum officinale) might be the most revered herb when it comes to bone repair. According to Michael Tierra, founder of the American Herbalists Guild, its allantoin content increases cell proliferation to speed the healing of broken bones and fractures. Wood the herbalist would contend, however, that it’s not as adept as boneset at knitting the bones together in the correct place.

Comfrey has large, rough, hairy, dark-green leaves, and it’s these or the root (pictured below) that are used to create a poultice to place on the broken or fractured bone. The FDA bans internal use of comfrey, as it contains pyrrolizidine alkaloids, which can damage the liver in excessive amounts. Comfrey is harvested mainly from cultivated plants. Should you choose to plant it in your herb garden, be aware of its aggressive growth habit and tendency to take over the space it occupies.

If you believe that herbs can’t help even the most severe conditions, remember that plants were used in all sorts of healing before modern medicine took a leading role. While herbs might not be the only treatment you use—particularly in the case of a broken bone—they can be used alongside modern medical remedies to speed healing and improve comfort along the way. Use this information as a starting point to learn more about how herbs can help heal your aching bones.

This article appeared in Healing Herbs, a 2018 specialty publication produced by the editors and writers of Hobby Farms magazine. Aside from this piece, Healing Herbs includes articles on herbs that can help with sleeplessness and stress relief; herbs for teas; how to cut and dry herbs; preparing and preserving herbs; foraging for medicinal herbs; and becoming an herbalist. You can purchase this volume, Hobby Farms back issues as well as special editions such as Living Off the Grid and Best of Urban Farm by following this link.