Is the heirloom tomato gene pool already too big? 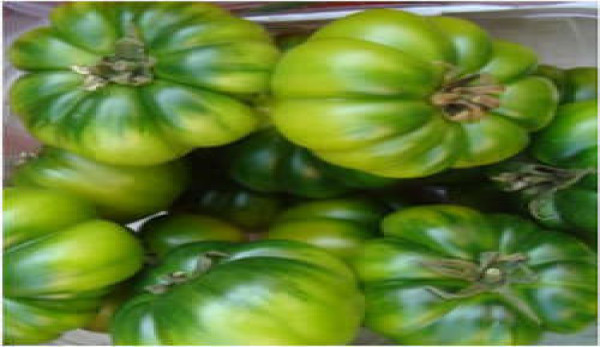 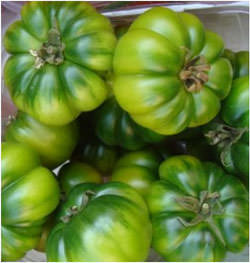 Iâ€™ve been annoyed with the halo hovering over the term heirloom tomatoes since the late 1970s, when the term began to be widely used. Back then, I remember hearing how saving heirloom tomato varieties was an essential practice, since the genes would be needed in the future to contribute to future plant-breeding programs. A few geneticist pals at the time were of the opinion that the tomato gene pool was already unbelievably enormous, and that losing a few of the most unpopular varieties wouldnâ€™t be so horrible, especially seeing as how a ton of new tomato varieties were being introduced every year. Heirloom hysteria is swelling again at the moment. This weekend I read on the Internet: “Heirloom tomatoes are known to reduce stress and strengthen bones.â€ť Ha! But regular ones donâ€™t?

I find my greatest personal appreciation for heirloom varieties being the sense of connection with some long chain of continuum. Iâ€™ve grown yellow pear tomatoes since I was 5 years old, so growing those is always a pleasant trip down memory lane. These days, I grow cuore di bue (ox heart), the ancient Ligurian heirloom variety, because itâ€™s the hip Ligurian thing to do. I also enjoy the fact that this old heirloom variety is the most commonly planted variety around here.

I also like local heirloom tomatoes, because often some local folks have been saving seed for a while in the same location, which tends to adapt the seed characteristics to the location, which means that the local heirlooms are likely to withstand the weather and pest stress that that particular location delivers. It is seldom that this sort of localized heirloom seed can be purchased in a commercial seed packet. Local heirlooms are usually seeds passed from one hand to another.

It must be said that heirloom varieties arenâ€™t really better; they are just less popular with the commercial growers. It is true that they may develop better flavor than the tomatoes grown for the grocery-store supply chain, but just about any homegrown tomato does as well.

At the base, “heirloomâ€ť just means that the variety is open-pollinated, and that farmers can save viable seed from one year to the next without losing the variety. The non-heirloom varieties are the hybrid varieties that often donâ€™t make viable seeds but do often have a significant amount of hybrid vigor going for them. One canâ€™t blame the big farmers for growing the hybrid varieties that produce more and bigger vegetables. If they are willing to sacrifice the flavor in the process, thatâ€™s the price they pay, they say.

The truth is that one can sometimes save seeds from hybrids and get interesting results. Some hybrids wonâ€™t produce viable seed, but others will. Iâ€™ve had the tight-fisted Genovese farmers tell me that they can buy datterino hybrid tomato seeds, grow the plants and then save those seeds for the following year. Boh. (Thatâ€™s my favorite Italian saying.) When someone else says something and one is at a loss for an appropriate response, one says, “Boh.â€ť

There are, of course, a lot of different tomato varieties out there. Todayâ€™s picture is of an heirloom Tuscan costoluto (ribbed) that is green when ripe. There are a few varieties from Sicily that are similar green, ripe costolutos.

In the end, heirlooms are great fun, but for the hard work of producing the mass quantity of tomatoes that my family requires, I put my trust in the hybrid datterino, thank you.