Help! My Chicken Has A Broken Beak

When an accident happens with your chicken and the result is a broken beak, take heart—it’s possible to mend the situation. 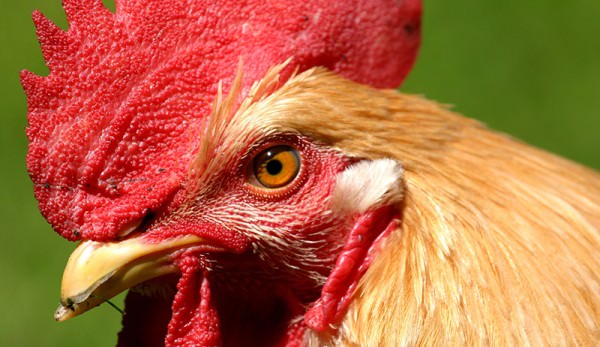 Chicken beaks aid in eating, drinking, grasping, exploring, digging, transporting, grooming and communicating. Beak injuries are common and can result from colliding with an object, particularly when a bird is startled; fighting with predators or other chickens; and getting the beak stuck in between hard objects, such as hardware cloth fencing. The extent of an injury can range from a simple chip to a fracture to a partial or complete removal of the beak from its underlying structures. A significant beak injury can be devastating and incredibly painful, and the injury can prevent a chicken from eating and drinking normally, endangering its ability to survive.

According to Melissa Shapiro, a veterinarian in Westport, Conn., who owns a mobile veterinary service, “veterinary consultation and care is recommended for all animal medical issues. Some minor cracks can be left alone, and they will grow out and be fine; more severe cracks, however, will need to be splinted and stabilized to keep the beak in alignment.”

Ideally, beak injuries should be treated by a veterinarian, but unfortunately, the poultry veterinarian population has not kept pace with the rise in backyard flocks across the United States, making it necessary for chicken keepers to be prepared to render first aid to their feathered pets, when needed.

What’s In A Beak

A normal chicken beak is comprised of two halves. The upper and lower mandibles consist of bones covered by a hard keratin layer, much like human fingernails. The top mandible is slightly longer than the lower mandible, and roughly two-thirds of the mandibles’ length contain blood vessels and nerves underneath the hard, outer layer.

This network of nerves and blood supply makes injuries to that portion of the beak especially painful and potentially life-threatening. The tip of a chicken’s beak does not contain a blood supply or nerve endings; therefore, it is not painful when injured or trimmed.

An inspection of the inside of the beak reveals where the live tissue ends and the dead portion begins. Chicken beaks continue to grow throughout a bird’s life and require maintenance, just like fingernails.

We tend not to notice beak growth in a healthy, active, backyard chicken because birds maintain the length and shape of their beaks by pecking the ground and wiping them on hard or abrasive surfaces, such as rocks. Beak wiping serves several other functions as well, including keeping the beak clean and sharpening it for tasks requiring precision, such as preening and picking up insects and small pieces of food.

Chickens confined to a run should be provided with hard objects, such as rocks or bricks, for honing. Some beaks grow abnormally for a variety of reasons. These cases are commonly referred to as crooked, scissor or crossed beaks, and a chicken with this condition ordinarily requires assistance maintaining its beak length and shape, as well as accommodations for eating and drinking.

I prepare for emergencies in my flock by keeping a well-stocked chicken first-aid kit. For beak injuries, the following supplies are essential:

Having the proper supplies ready when a chicken is injured or sick allows me to focus on the chicken and its immediate needs, instead of scrambling in a panic to acquire the essential items.

When I discovered one of my pullets with a beak injury earlier this year, I had the necessary supplies ready. BB, whom I so named for this broken-beak incident, had torn the tip of her beak diagonally from the front-left side over to the right side, and its edges were jagged. The underlying beak tissue was exposed, but not damaged or bleeding, which made repairing the beak a fairly straightforward matter. Had I not noticed the injury when I did, the broken portion would have fallen off with the least bit of pecking, making the highly sensitive exposed tissue vulnerable to further insult and severe pain. I immediately whisked BB into the house to repair her broken beak.

With my one free hand, I set my beak-repair supplies on the kitchen table. I then wrapped BB in a large towel, burrito-style, with her wings comfortably but securely at her sides and her feet covered. This technique keeps a chicken calm while at the same time preventing wing flapping in an attempt to flee and injuring the caregiver with its toenails.

The “towel burrito” creates a safer environment to treat the bird. I draped a second, smaller towel loosely over BB’s eyes, leaving her nasal passages (nares) free and keeping her still.

Next, I gently but thoroughly cleaned the area with Vetericyn spray, remembering that the exposed tissue was extremely sensitive. While the area was drying, I emptied the tea bag and cut out a small patch slightly larger than the torn area of the beak.

Using tweezers, I placed just enough superglue gel on the patch to moisten it. I aligned the broken piece into its proper position and placed the glue patch over the crack. It fit like a puzzle piece, leaving no rough or jagged edges. Had any rough edges remained, I would have used a nail file to smooth them. After the first layer of glue dried, I applied a second, very thin layer of glue over the entire patch with a cotton swab and allowed it to dry completely.

A Word Of Caution

Superglue gel should be used sparingly, as the fumes can be irritating to birds. The glue should never be allowed to run or drip, especially not into the mouth or over the underside of the beak. Injured beaks that are dirty or infected should never be sealed with glue; the contaminated tissue needs to be left exposed for cleaning, draining and monitoring infection.

While I ordinarily keep injured birds separated from the rest of the flock to avoid further injury and picking from other birds, BB’s injury did not involve blood that might draw unwanted attention from flock mates; further, the repair was virtually undetectable, so I felt it safe to return her to the backyard.

When the glue completely dried, I brought BB back outside, and she immediately commenced foraging. Over the next several months, I watched her carefully as the cracked area grew out and finally disappeared. BB had managed to hone it without dislodging the patch or reopening the crack.

I once discovered a 3-week-old Olive Egger hiding in a nest box with the front portion of her upper beak missing. The blood was bright red, which indicated the injury had occurred very recently. There was no debris on the tissue and no apparent injury to the tissue itself, so I immediately applied Vetericyn spray to clean it and kept her apart from the flock for several days until the tissue was no longer reddened and had begun to recede slightly. Throughout that week, I reapplied the wound cleaner three times a day until it healed to my satisfaction. If I had not had Vetericyn, I could have used a diluted povodine-iodine solution (such as Betadine) to cleanse the area, followed by antibiotic ointment.

Beak injuries that are more severe than the ones mentioned in this article may not be capable of repair at home. Cracks or injuries to the live portion of the beak require careful cleaning and infection control, as well as bleeding control. Certain antibiotics and anti-inflammatories may be necessary, which can only be prescribed by a veterinarian. When a portion of a beak is missing, pressure should be held on the area to stem blood loss until a veterinarian can be seen. Avian specialists can fashion splints and acrylic beak prosthetics, but this degree of specialty care is unlikely to be either accessible to or feasible for most backyard chicken-keepers.

It is advisable to locate a veterinarian who treats chickens before an emergency arises. An introductory visit to his or her office to meet the staff can be the difference between being seen during a crisis and being told the vet has no time to examine a new patient.

Be sure to have a backup plan, too. Find out who covers for that veterinarian when he or she is on vacation, and keep both phone numbers in your first-aid kit. Even if the vet is not a certified poultry veterinarian, many practitioners have some experience with birds or chickens and will agree to help an animal in a life-threatening situation. Go here for a list of board-certified avian veterinarians.

Inevitably, a time will come in every flock when a sick or injured bird will need to be euthanized. Some people are capable of euthanizing their own birds by any one of a variety of humane methods. It is a good idea to prepare for the inevitable by learning which methods are available and whether you believe you are capable of following through with one when necessary. Some will be more comfortable having a professional euthanize their chickens, and most vets, even if they do not ordinarily treat chickens, will euthanize a sick or injured bird. Inquire of your dog/cat/goat/horse’s vet whether this is a service they would be willing to render, but do so in advance of the need, if possible.