Hens And Chicks: My Go-To Houseplant

This hardy, succulent houseplant can withstand even the gardening practices of even the brownest thumbs. 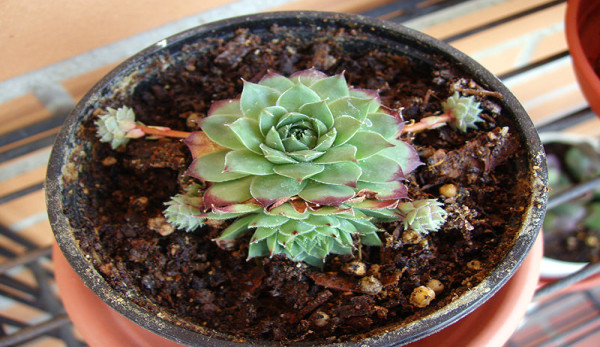 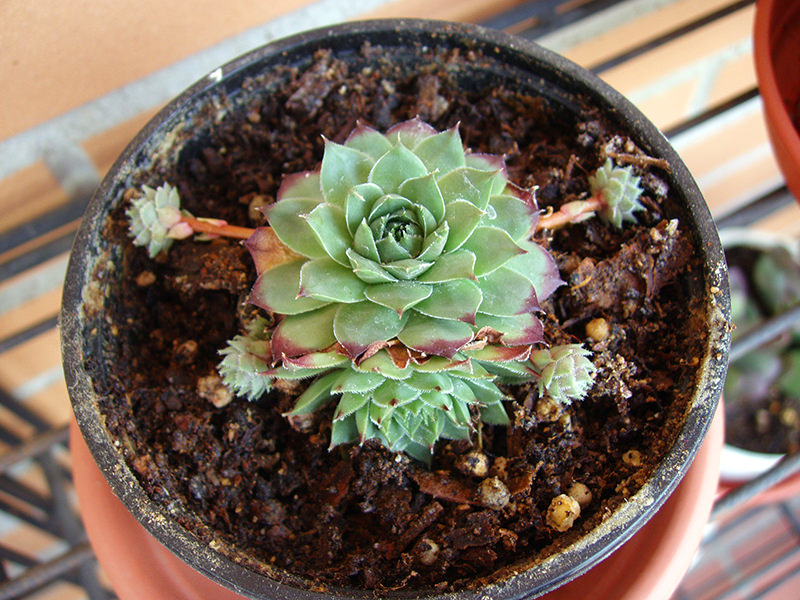 Weâ€™ve brought all our potted plants indoors yet again, thus beginning my yearly attempt to keep everything alive until it can be set outside in the spring. Itâ€™s so embarrassing to admit that my green thumb seems to only work outside. Iâ€™ve never been very gifted with houseplants. I tend to keep my potted plants on the porch for as long as possible and when thinking about my indoor air quality at other times … well, thatâ€™s what open windows are for.

I often glean through the exotic plant catalogs looking for specimens whose descriptions mention “hard to kill.â€ť The plant I have had the most success with in this department is a plant my family calls hens and chicks. It is better that we use the scientific name, Sempervivum tectorum, for this plant , as actually has hundreds of common names, having been the focus of human fascination for well over 1,000 years. 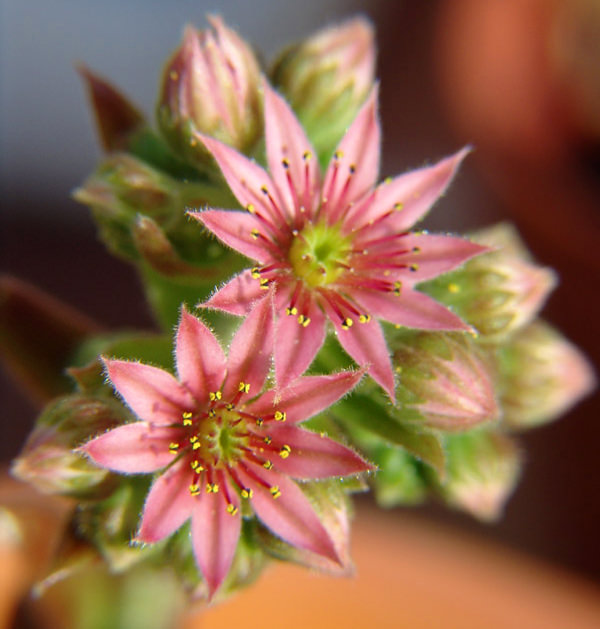 S. tectorum also has hundreds of cultivars of the plant. Itâ€™s is a succulent that spreads by offshoots that seem to be perfectly formed miniatures of the parent. The grayish-green leaves grow in the shape of a rosette, and the plants tend to put up a purple-hued flower. My grandmother always had a clay strawberry pot growing with hens and chicks and everyone in the family soon had his or her own starts of this very prolific plant.

In the realm of hardy plants, itâ€™s hard to do better. A botanist in the early 1900s is even said to have tried to dry a specimen of S. tectorum for his herbarium. After a year of work, it still wasnâ€™t ready for mounting, so he gave up and put it back outside where it happily went back to growing unperturbed. Thatâ€™s the plant for me! Unfazed by drought or freezing, this beautiful little succulent is the best plant for anyone in your family who has a brown indoor thumb.

A Must For Green Roofs 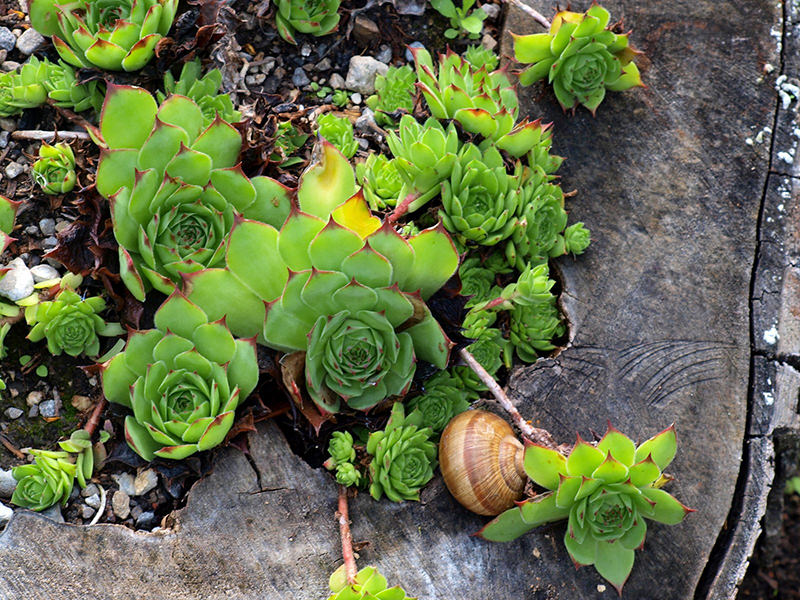 Perhaps its hardiness is what has so captured human imagination. Also called the houseleek, S. tectorum is traditionally grown on the roof as a protection against lightening strikes in many European countries. In Latin, semper means always, vivum means living and tectum means roof. So loosely translated, the Latin name suggests an always living roof. The name is rightly given as it was successful as a roof covering historically and is even now one of the most popular materials in the green roofing industry. For a green roof to work it needs plants that are low maintenance, able to withstand high temperatures and are also lightweight. Sempervivum is perfect because it does not require deep, heavy soils, instead preferring a gritty, rocky substrate. 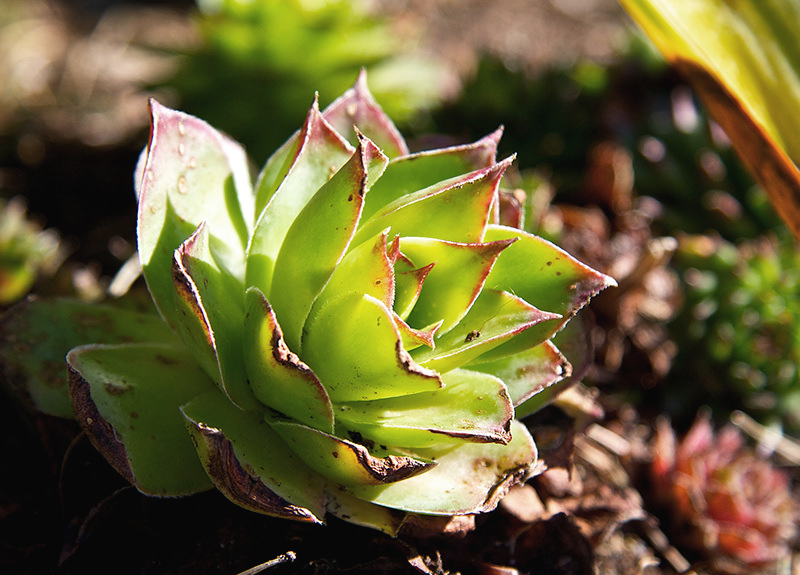 While the houseleek is not used for food, it has a long history of medicinal use. Just like an aloe, if you slice open one of the succulent leaves you will be rewarded with a gummy liquid. This liquid has been used as an astringent for eye and skin issues. The cut leaf can be applied directly to insect bites and stings, sunburn and even warts.

Dioscorides, Pliny and Charlemagne believed the lowly hens and chicks in my grandmotherâ€™s strawberry pot were of great importance. They all played a part in ensuring that the plant survived to today so I could give it the ultimate test: caring for it indoors over winter.