Some of our land's medicinal herbs are said to offer protection from evil, while others have been used to attract mates. While not to be taken literally, these stories and legends offer interesting insight into past cultures. 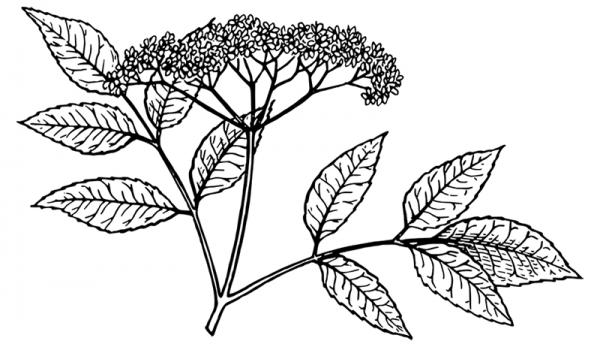 Many of the herbs we use for natural medicine come with a rich history of use as well as their own folklore. Iâ€™m often drawn to the ancient stories that accompany some of our best plant healers because Iâ€™m in awe of the intuition early people had to incorporate them into their lives. Without the scope of modern technology to understand these plantsâ€™ constituents and how they work in the body, our ancestors crafted these magical tales that gave a hint to how the plants could be grown, identified or put into healing action.

Here are some of my favorite herbal folk tales of plants native or naturalized in North America. While these stories obviously arenâ€™t meant to be taken literally, they often remind me of the respect we should pay these special plants. Plus, itâ€™s fun to take part in the sharing of stories that have been passed down from generation to generation for hundreds of years.

Cut-leaved toothwort is one of our spring beauties that shows its face in woodland areas across the eastern United States. The Iroquois said that if you placed the roots in your pocket or in your mouth, it would help you attract women. I suppose this mystical use as a love potion has some validity, as this plant has been used for strengthening the heart. Itâ€™s also a folk remedy for toothaches.

Periwinkle grows around the trees outside my front doorâ€”and according to folklore, thatâ€™s a good thing, as it’s a symbol of harmony and protection. The pretty purple flower is said to reduce anger and anxiety in all those who come in contact with it. In fact, newly married couples would go so far as to stuff their mattresses with its vines because it was said to be a source of fidelity. Travelers would even carry it with them as a means of protection on the open road.

An identifying characteristic of St. Johnâ€™s wort is cross-like shape arrangement of its leaves around the stem of the plant. This feature alludes to its folkloric use as a protection against evil. Peasants in medieval Europe hung the stalks above the entrances to their homes to protect against demons and witchcraft. It bloomed and was harvested on the Day of St. John (June 24), a day that celebrates the disciple of Jesus. Today, itâ€™s a powerful healer for depression and anxietyâ€”which some might say are demons in and of themselves.

Much of cinquefoil folklore circles around the number five. This wild member of the rose family is sometimes called â€śfive fingersâ€ť because of the palmate, or hand-like, growth pattern of its five leaves and, as such, was said to be used as protection against meddling, interference and witchcraft. People would hang it, along with hawthorn, above their doors to keep witches out.

Cinquefoil was also said to bring good luck in any one of the five areas of love, money, health, power and wisdom. Many medieval practices helped ensure these things. Filling an empty eggshell with the herb would protect the home from negative influences. Fishermen held it with them to provide luck in catching a large harvest. Knights wore an icon of cinquefoil on their armor to symbolize mastery of the five senses, which is to say, awareness of oneself. It was even used in herbal love potions.

As a child, I was told the story of Queen Anne. While she sewed a piece of lace, she pricked her finger and a droplet of blood landed in the middle of the fabric. Thatâ€™s how you can identify this wildflower, by the tiny deep-purple floret placed in the center of the white flower cluster. However, it seems that the folklore around Queen Anneâ€™s lace, or wild carrot, might not be that innocent. One folktale suggests the flowerâ€™s namesake to be Anne Boleyn, who was sentenced to beheading by her husband, King Henry VIII, for treason, adultery and witchcraft, among other charges. The red floret is said to be where her head was cut off, and the surrounding white flower her collar.

But for less violent imagery, let’s go back to the finger prick. According to herbalist Matthew Wood, in fairy tales, characters who prick a finger are often emerging into a new chapter of their lives, particularly one where they are more aware of their sexual identity or vulnerability. This is interesting considering this herb’s use for women’s health.

Elderberries are more than a wonderful herb and tasty fruit: They come from a plant rich in folklore. Itâ€™s said that elder serves as a doorway to the fairy world, and according to one particular story, the Elder Mother dwells inside the bush. Someone who cuts the bush without permission from the Elder Mother will die. The custom was to get on bended knee to ask the Elder Mother for her wood and, in exchange, offer your body back to the earth when you pass on. This might be something to keep in mind if you take a cutting or pick the berries themselves.

These stories are among many circulating around the herbal world. As you study your favorite herbs, consider the folklore that surrounds them and allow yourself to take part in the magic and wonder if these fascinating plants.