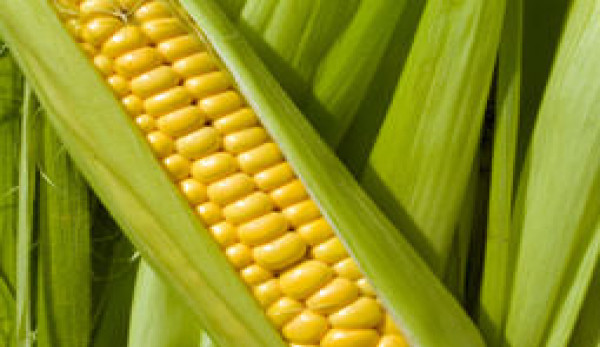 The USDA Animal and Plant Health Inspection Service is considering a petition by Dow Agrosciences to deregulate a corn genetically engineered for herbicide tolerance. The corn, which is engineered to resist several grass and broadleaf herbicides, including 2,4-D, would be marketed as part of Dowâ€™s Enlist weed-control system.

Dowâ€™s petition for deregulation comes on the heels of the companyâ€™s November 2011 announcement of the successful production of 2,4-D choline in a commercial scale-up setting. According to company spokesperson Garry Hamlin, the new formula has a leg up on earlier iterations of the herbicide, which used amines or esters. While Hamlin says itâ€™s just as effective as its precursors, he adds that 2,4-D choline boasts â€śbetter characteristics [and is] less prone to drift and less prone to volatize.â€ť This is a boon for diversified operations, he explains, because it decreases the likelihood of â€śparticularly susceptible crops,â€ť such as grapes and cotton, from coming into contact with the herbicide.

Several sustainable-ag- and environmental-advocacy groups have voiced opposition to the petition, including The Cornucopia Institute, an organization that works toward economic justice for small-scale farmers. The organizationâ€™s co-director, Will Fantle, says there are several reasons to be concerned about weed-control-product suites, like Enlist. He cites issues surrounding 2,4-D in particular, as well as the broader implications of herbicide use and genetic engineering.

The herbicide 2,4-D has a troubled history due to its use as one-half of Agent Orange, a defoliant used by the U.S. military during the Vietnam War to strip jungle vegetation and wipe out field and food crops. Hamlin says the stigma attached to 2,4-D is unfair, pointing out that the chemical associated with Agent Orangeâ€™s serious health effects wasnâ€™t an intentional ingredient, but rather a contaminant that made its way into barrels of 2,4,5-T, the defoliantâ€™s second ingredient.

â€ś[The herbicide] 2,4-D was even left off of 1980s class-action lawsuits related to Agent Orange,â€ť he adds.

Hamlin also stresses the significant difference between the potency of a defoliant formulated for military use and an herbicide licensed for agricultural purposes, saying that to conflate 2,4-D and Agent Orange is â€śa little bit like describing sushi as cold, dead fish.â€ť

Nonetheless, a December 30, 2011, action alert on The Cornucopia Instituteâ€™s website enumerates several reported 2,4-D side effects, including eye and skin irritation among agricultural workers, fetal abnormalities in rats, and the potential for infertility, birth defects, organ toxicity and neurological defects. As the organization prepares its comments for the USDA, Fantle says theyâ€™ll continue to gather and synthesize research on 2,4-D effects and toxicity.

The Cornucopia Institute is also concerned about the escalation of herbicide use, with Fantle citing what he calls â€śthe herbicide treadmill.â€ť

â€śWeâ€™ve seen the growing resistance of weeds in this country to herbicides in general andÂ glyphosate in particular,â€ť he says, referring to the formulation best known by its Monsanto trade name, Roundup.

As a result, he says, agro-chemical companies, such as Dow and Monsanto, are constantly searching for more effective weed-control formulas. 2,4-D fits the bill, Fantle says, adding that itâ€™s â€śconsidered by many to be a much harsher herbicide [than glyphosate].â€ť Because â€śweeds evolve and develop resistance to various types of products over time,â€ť Fantle says that, eventually, weâ€™re likely to see 2,4-D-resistant weeds, as well.

â€śI donâ€™t know if thereâ€™s a way off the treadmill,â€ť he says.

2,4-D and other crops engineered for herbicide resistance donâ€™t just present threats to personal and environmental health, Fantle says. They also threaten sustainable-ag practices and entrench farming traditions, such as seed-saving. In addition to chemical drift, Enlist usersâ€™ neighbors will also have to worry about pollen drift from Dowâ€™s corn, Fantle says. In addition to impacting their cropsâ€™ genetics, Fantle says the appearance of 2,4-D-resistant crop residues in their fields could open them up to a (mistaken) lawsuit, thanks to technology-licensing practices designed to block the practice of seed-saving. Even when applied correctly, technology-licensing is objectionable, Fantle says. â€śSeed-saving is a fundamental piece of agricultureâ€™s history that these companies are trying to restrict.â€ť

Documents pertaining to Dowâ€™s petition can be found on the APHIS website. The USDA is acceptingÂ public comments on the petition through Feb. 27, 2012, via mail and online.

Fantle says The Cornucopia Institute, along with other organizations, has filed for a 30-day extension to the comment period.

â€ś[APHIS] announced the potential deregulation [in the Federal Register] in the week between Christmas and New Yearâ€™s, a busy time for many people,â€ť he explains, adding that many of the supporting documents werenâ€™t available to the public until the second week of January. This extra time could be crucial, Fantle says. â€śWe know that with the [glyphosate-resistant] alfalfa approval last year, hundreds of thousands of people voiced their opposition â€¦ To really have our voices heard, itâ€™s going to take even more than what was done [in that case].â€ť