Hereford Hogs are gentle and hardy, and produce excellent-quality meat. Read on to see if this heritage breed might be right for your farm. 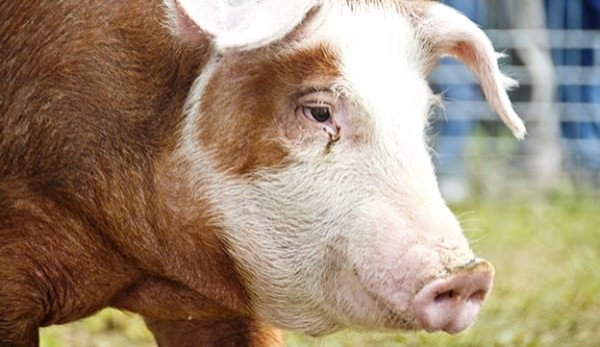 The History of Hereford Hogs

This heritage breed’s historic roots go deep in the U.S.

R.U. Webber of Missouri is said to have initiated the first strain during the 19th century, but little was shared on his exact mating. Then, around 1920, breeder John C. Schulte from Iowa developed a strain to match his Polled Hereford Cattle. A group of breeders in Iowa and Nebraska then joined in a cooperative effort to establish the Hereford Hog breed.

They each brought definite goals as to the type, color, conformation and other favorable characteristics in breeding stock. They started by using Duroc and Poland China bloodlines to a considerable extent. Then, through crossing, interbreeding and line-breeding, Hereford Hogs emerged.

In 1934, 100 animals were selected as foundation stock for the newly established National Hereford Hog Association. Today, the association registers about 5,000 head per year, with pigs reported in all 50 states and even abroad.

Read more: Trying to choose the right pig for your farm? We’re here to help!

Hereford Hogs possess a gentle disposition and are easy to handle. Their mild temperament makes them great show animals. Hogs reach 200 to 250 pounds by 5 to 6 months of age, and sows mature at about 600 pounds.

Hereford hogs, hardy animals, do well on pasture and adapt to a variety of climates. Though they gain slower than other hybrid breeds, Hereford genetics offer many advantages to meat quality. Specifically, their pork boasts exceptional marbling and a neutral pH, which produces a darker red meat.

Meat quality combined with the uniqueness of the breed make Herefords an easy choice for making direct-to-consumer sales.

To learn more, contact Certified Pedigree Swine at 309-691-0151 or cpspeoria@mindspring.com. Or visit www.cpsswine.com for registration forms and a list of shows and sales.Â