Here’s A Chicken Tip: What To Know When Starting Out

Thinking about getting some laying hens this year? Experienced keepers offer up a chicken tip (or two) they wish they'd known earlier. 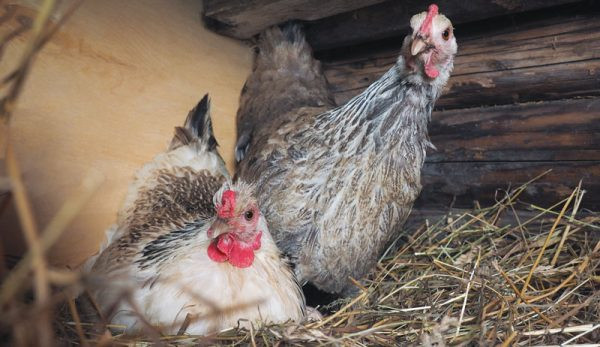 Keeping chickens might be one of the most enjoyable things you ever do, but you also will make some mistakes. In fact, we probably all would have done certain things differently had we known better. Whether you’re a decades-long chicken-keeper or a relative newbie, there’s always more to discover. In this article, chicken lovers admit their regrets and share some sage wisdom on chicken-keeping.

Sandra Bontempo of FreeRange SkinCare, a brand of natural skin care products made with free-range, pastured eggs, recommends building the coop before buying your birds. She bought her six Brahma chicks five months before the coop was ready and kept them in a plastic storage bin in the living room.

“By the end of the five months, the birds were bigger than the bin and were ready to explore the house,” she says. “This is how I learned about their empathic abilities and gained a better understanding of how individual they truly are. It is also why I started giving them bubble baths once a week and learned how much they love the hair dryer.”

Julie Wininger of California has kept chickens for a decade and offers some another chicken tip. “Tending to baby chicks means heat lamps until the little ones have their feathers over fluff,” she says. “But, if you check around local feed stores, you can find chickens already with feathers. They might cost a bit more, but you’ll save on that heat-lamp electric bill. And you are much more likely to know for sure whether they are hens versus roosters.”

Jenny Passmore started keeping chickens in Austin, Texas, a couple of years ago. She didn’t realize how messy chickens could be. “There’s a lot of poop,” she says. “I knew that it would be a responsibility to clean up, but I didn’t anticipate how excessive it would be.” Her chicken tip for keeping it clean: “I would definitely recommend investing in a power washer if you let your chickens on the patio.”

Lacy Jansson, also in Austin, had the same problem: She, too, didn’t know how much poop there would be before she got chickens. On the plus side, she was thrilled that the manure is so good for her compost.

Farm blogger Annie Bernauer at Montana Homesteader has kept chickens for four years and also didn’t anticipate the mess. “I remember looking at blog and Pinterest pictures of chicken eggs,” she says. “All I saw were baskets of beautiful, clean chicken eggs. I imagined myself going out to a chicken coop every day and picking pretty brown or blue eggs out of the coop. It was so charming and idealistic.”

Reality hit her that spring with her first chickens. Spring thaw in Montana means a muddy coop and messy chickens, which is why her family calls it “mud season.”

“When the snow melts, it turns the ground around the chicken coop into a mud pit,” she says. “The chickens can’t do proper dust baths in the muck, and their tail feathers become caked with poop and mud. The eggs are filthy.”

Her trick to keep eggs and chickens cleaner is to spread straw or wood chips on the ground around the coop. This results in less mud and poop sticking to the chickens and slightly cleaner eggs during that time.

Bill Cameron of Oregon wishes he knew how good chickens were at hiding illness until it’s too late. One of his hens had a sudden death. “Earlier in the day, [my hen had] been gaping—something all chickens might do from time to time, especially when it’s hot. Because she only did it a few times and otherwise seemed her usual self, we didn’t think much of it.”

He wishes he examined her more closely and treated her for impaction. “Perhaps we wouldn’t have been able to save her anyway, but I think we let her demeanor lull us,” he says.

Kelli Wefenstette of Portage Park, Illinois, advises that sick or injured hens must be segregated from the flock to “quarantine the illness while it’s being treated so as not to infect the rest of the flock and to also protect any wounds.” Ill or injured hens are vulnerable to attack by other flock mates or predators as well as things such as fly strike, especially if they have diarrhea during hot weather. She recommends a separate pen or a large animal carrier where the sick or injured bird can heal in peace.

Wefenstette also notes that chicken-keepers need to decide what illnesses and injuries to treat themselves and when they want to take the bird to a vet.

Personally, I learned this the hard way when I added new chicks to my flock with no quarantine a few years ago. The whole flock developed upper respiratory issues. They sounded very wheezy, and I feared they would die. I used VetRx Poultry Remedy every night, and, luckily, they all recovered.

I’ve also had chickens with more serious and obviously painful issues such as internal laying, and in that case euthanasia at the local shelter was the best option.

Bontempo also wishes she had better understood what affects chicken health. She loves letting her hens free-range but didn’t understand the dangers that wild birds present to their health.

“I lost half of my flock to coccidiosis, which is passed from wild birds eating and contaminating the food supply,” she says. “Now I vaccinate my babies and no longer have the issue, but knowing this in advance would have saved tremendous heartbreak. For a few months, we lost one bird a week and did not understand the cause. It was horrible.”

She has a chicken tip for other keepers on how to avoid the same fate. “If your chicken starts exhibiting signs of being sick [lethargy, droopy tail, sleeping too much, not eating, watery stool], you need to act fast. Give them honey water and start on Corid. You will most likely lose the birds that are afflicted, but you might not lose your entire flock.”

Jill Winger, who blogs at Prairie Homestead, has a solution for keeping wild birds out of the chicken coop: an old compact disc and baling twine.

“I tied a length of baling twine through the [disc’s] hole and attached the other end to the ceiling of my coop, and voila!” she says.

Within 24 hours, the sparrows that had repeatedly entered the coop to steal food were gone and didn’t return, according to Winger.

Robert Wax, of Oxford, Michigan, has had five chickens for three years. For chicken feeding, he recommends using a gravity feeder. “It’s simple, and I love it,” he says. “Using large PVC pipe, connect to a pole a vertical piece of pipe with a cap resting on top. On the bottom, add a couple of 45-degree turns. Fill the tube with feed and let gravity do the rest. I fill the tube once a week.”

For chickens that avoid going back inside the coop to roost and instead fly over the fence to the neighbor’s place or onto the top of the coop, Passmore recommends wing-clipping. But she also points out there’s a downside to this chicken tip: “[They] can’t readily fly away in case a predator comes around.”

Another chicken tip for grooming is a canine nail trimmer. When I had a rooster, I used one to grind down the end of his spurs so they weren’t so sharp.

Bontempo recommends feeding chickens calendula powder (marigold). “Adding this to your bird’s food will double the lutein content of the eggs and help keep your feathered friends healthy and happy,” she says. Marigolds are also a safe plant to grow around the chicken coop.

Barb Hudson of the Making It Home blog has raised backyard chickens with her husband, Aaron, since 2012. Her chicken tip is to ferment their feed: “We use mash that you put in a bucket of water and it sits for three days to ferment. When we switched to this method, the chicks we got that year were fed entirely by fermented feed. Our older chicks were raised on organic pellets until the switch this year. You know you’re doing it right if it smells sour, not moldy.”

Barb noticed healthier chickens after switching regular feed for fermented. “Our new chicks started laying earlier than any other batch we’ve had, they are healthier (and) it also appears that they grew a little faster.”

She plans to continue the practice. Fermenting feed provides probiotics, increases nutrition and saves money as the chickens eat and waste less feed.

To save money on chicken feed, Winger recommends:

However, cheaper feed can mean lower quality, and Winger says that one should “never sacrifice your chickens’ health just to save a buck.”

When Wax began, he planned everything around his four chickens. Unfortunately, one chick died on the second day. Wax then fell victim to chicken math (which is basically, “Once you pop, you can’t stop”). His chicken tip? Don’t do the same.

“I had special-ordered Barred Rock chickens from a local supplier and hoped he had some left, so my wife went to pick one up,” he says. “Of course they were out, so she selected an Easter Egger as a replacement but didn’t want it to feel singled out or lonely, so she ‘needed’ to get two. Now we have five chickens—chicken math.”

Cameron has also fallen victim to chicken math. He had four chickens but had to rehome two that turned out to be roosters and weren’t allowed in his area. Then, one of the remaining pair got sick and passed away, so he had to get his remaining hen a new friend.

“We then acquired three 10-week-old pullets that had been raised from chicks by a friend,” he says. “We also learned about ‘chicken math,’ whereby if you lose one chicken you replace her with three.”

Egg production usually declines in each hen after two to three years, but hens can live for a decade or more. Some chickens continue to lay some eggs at 10 years old, so it really depends on the bird. However, Wefenstette’s chicken tip is to always have an end-of-life plan ready your birds.

If you’re keeping chickens primarily for eggs or meat, she says, you need to replace the flock every couple of years. If space is limited, you also need to decide whether to keep the hens as pets, butcher them for food, take them to be slaughtered or have a source where they can live out the remainder of their non-producing lives.

Wefenstette also notes that all chicken-keepers should know local ordinances regarding animal care as well as proper disposal of deceased animals; some jurisdictions don’t allow burial in residential areas.

Jill Winger lives in southern Wyoming. She wishes she had better planned for eggs being a seasonal food. Egg production often slows or stops in the winter. Winger’s tips for dealing with this: eat fewer eggs, preserve eggs during peak production times (methods include freezing, dehydrating or pickling), buy from neighbors whose hens are still laying, get creative with your feed bill, and use egg alternatives for eating and baking.

Ruth Marvin Webster, a California chicken-keeper, has also noticed that hens don’t lay during certain times, such as when they are stressed, when they’re broody or molting, or when the weather is really hot.

This story originally appeared in the March/April 2019 issue of Chickens magazine.