Try these succulent heritage pork recipes on the grill--enjoy a tasty meal and help a rare breed. 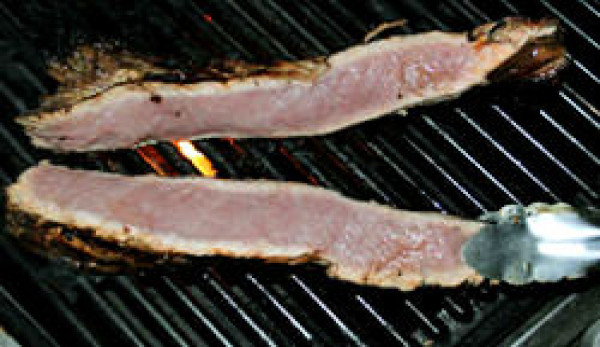 Here are two heritage pork recipesÂ from McFarlan to try on the grill.

Preparation
Marinate tenderloins in the refrigerator for up to two days. Grill whole, just until done on the outside, with a pink center. Slice thinly into medallions and serve on a bed of grilled mixed vegetables or rice.

Preparation
Marinate chops in juice from cherries, corn syrup, vinegar and spices for at least two hours. Remove chops and grill to desired doneness. At the same time, boil the remaining marinade for 1 minute. Stir in almonds and cherries. Serve sauce over chops. Goes great with rice, couscous or salad.

Marinade
After dicing pork, marinade cubes for up to two hours in the following:

To Assemble
Once marinated, alternate pork chunks, peppers, onion and tomatoes on metal skewers. Grilled until desired doneness. Bamboo skewers may be used, but they must be soaked in water for several hours beforehand to avoid burning the sticks.