Jenna Whelan from the five-acre Kentucky-based Rain Valley Farm tells us how her ducks like to play sneaky and hide their eggs. 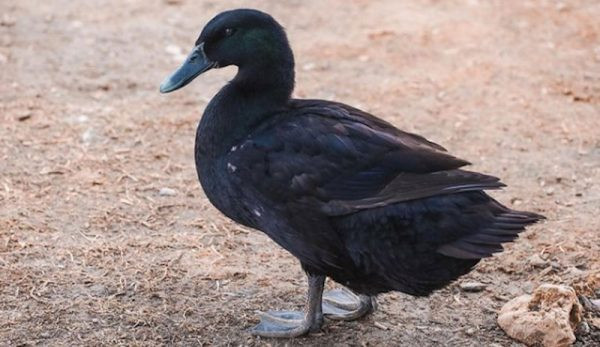 “The ducks are so funny with their eggs!” says Jenna Whelan of Rain Valley Farm, which is situated on five acres of land in Winchester, Kentucky. “I have found many eggs laid throughout our yard, their pool, buried nests in the shavings and between the small crack of the nesting crates and coop wall. They are a bunch of sneaky girls!”

Beyond the fun and games of tracking down hidden duck eggs, Whelan tends to a growing family farm that also includes a fine flock of chickens, a couple of horses and a clowder of resident barn cats.

We spoke to Whelan about the importance of sticking to an effective routine and the joys of Olive Eggers. We also got the scoop on a particularly mischievous duck named Twinkie.

“My mom grew up on a farm, with stories and photos of her riding horses, playing with goats and even driving a manure truck to school!” recalls Whelan as she revisits the origin of her interest in farming. “She’s always had a love for animals, so because of that I’ve not gone a single day in my life without having a pet.”

When Whelan turned 4 years old, she began taking horseback riding lessonsŌĆöa development that she says was “when the real obsession began!”

After competing and eventually acquiring her own horse in 2007, Whelan realized that “I knew I had to have a farm one day” and that “being able to wake up every day and walk outside to see my horses was my dream.”

In 2019, Whelan’s dream became a reality, when she and her now fianc├® moved from New Jersey to Kentucky and purchased 5 acres of farmland.

“We plan to continue to grow,” says Whelan. “We hope to move to a larger farm within the next few years and expand to add some cattle as well!”

A Stunning Array of Eggs

The chickens at Rain Valley Farm produce an array of eggs that Whelan enthusiastically describes as “just stunning.” She says that she used to assume eggs could only be white or brown “because that’s all they sell in the grocery store.” But since adding chickens to her farm, she’s come to appreciate the natural beauty of eggs.

“My favorite eggs have to be the olive green with brown speckles laid by my Olive Egger Priscilla,” says Whelan.

Read more: These 7 chicken breeds will fill your nesting boxes with colorful eggs!

Getting to Grips with Farm Tasks

When considering the daily toll of running the farm, Whelan pinpoints a Pekin duck named Twinkie as one of the venture’s “most demanding” factors: “She’s always yelling at everyone and bossing them around!”

Beyond Twinkie, Whelan says that sticking to a routine is an effective way to make sure “everything feels so normal.”

Staying alert to the needs and behavior of her animals is also key. “I guess the most demanding is paying attention to over 40 animals for any slight differences in behavior [and] always making sure everyone is accounted for and healthy,” says Whelan. “Things can change rapidly and it’s so important to be in tune with your animals so you can catch anything before it’s too late.”

The Importance of Mutual Respect

“I see the mutual respect all the different species have on the farm and it never gets old to watch,” says Whelan as she takes stock of running her farm. “Watching chickens, cats, goats, horses and dogs all together in the same yard and peacefully interactingŌĆöit warms my heart.”