6 Tips on the Best Use of High Tunnels

More farmers are using high tunnels, which can provide growing advantages in all four seasons. Here are tips on how best to use them. 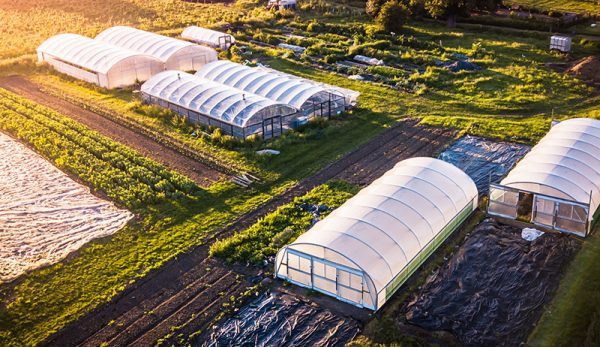 An increasing number of farms are using high tunnels, and so more farmers are looking for better ways to make the most out of them. These in-ground greenhouses are becoming more prevalent thanks in part to cost-sharing grants from the National Resource Conservation Service and also because more information about how to build and use them is available.

In the spirit of adding to this information, I’ll cover some of the ways you can get the most out of your high tunnels, including how you plant them to general upkeep. Keep in mind that hoop houses and high tunnels are generally interchangeable words that mean spaces that are unheated but covered, whereas â€śgreenhouseâ€ť generally refers to a heated space. â€śProtected cultureâ€ť is an umbrella term for all of it. That said, there might be some colloquial and regional terms and usages as well.

Resources for growing in hoop houses and high tunnels are increasing in number, including Facebook groups dedicated to â€śfour seasonâ€ť farming. A couple of relatively new books are also exceptional guides. The first is The Greenhouse and Hoophouse Grower’s Handbook by Andrew Mefferd. Another is The Year-Round Hoophouse by Pam Dawling. If you want to get serious about indoor production and making the most out of this space, these resources offer precise and detailed guidance.

Making sure that you have a good, year-round plan for you tunnel will ensure that you keep it in use (and out of weeds). Developing this plan depends on your markets and your climate, but it also takes some practice. Start with the above resources and go from there.

Whenever you remove a growing space from the â€śthe elementsâ€ť such as wind and rain, you have to replicate some of their benefits yourself. Although roll-up sides can handle some of the airflow, in larger high tunnels, fans might be a worthwhile investment to keep disease from proliferating. As for irrigation, consider a mixture of drip (for long season crops such as tomatoes and peppers) and overhead (for germinating crops, baby greens and so on).

The “shoulder seasons” are fall and spring. These are the seasons when most farmers who use only fields are not yet in production. The greatest value of high tunnels are their ability to speed your growing season by a month or more. You can also extend your growing season into the fall with crops such as tomatoes that are higher value but wonâ€™t survive in the field when the first light frosts appear.

5. Continue to Use High Tunnels in Other Seasons

One temptation is to skip the tunnel in the summer when everything grows well outdoors, but there are so many great ways to use a tunnel when the sun is high. First, you can always simply put in a cover crop. This benefits winter crops greatly. But you can also grow cooler-season crops such as beets, radishes, arugula and turnips, so long as your airflow is strong enough to keep it from getting too hot. This works because the plastic, even if it’s thin, will still probably get only 85 percent to 90 percent light transition, meaning it can act like a light shade cloth and prevent brutal sun from scorching sensitive crops.

6. Be Diligent About Maintenance

The most important part of making the most of high tunnels is simply maintaining them. Fix holes with UV resistant tapes, and replace plastic film as often as it’s requiredâ€”generally every four years.