With the shortage of farm vets to help to our sick animals, we often turn to home remedies for common ailments. Here are some go-to products from hobby farmers across the country 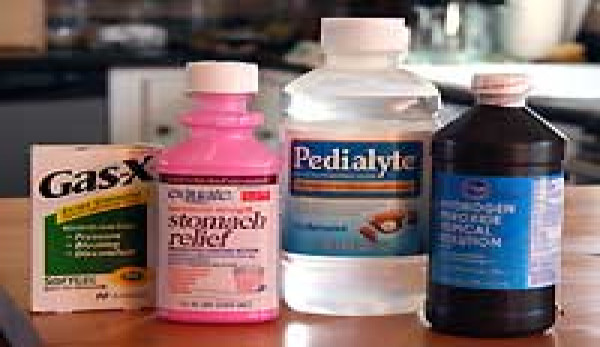 The warm, summer breeze kicks up eddies of dust in the barnyard. Monte, my beautiful Kieger mustang, coughs. He coughs again. Monteās allergies are bothering him.

In the feed room cabinet, I find the foil, sealed container of organic iodine I always keep on hand. Iodine is an anti-inflammatory and expectorant that loosens phlegm, making it easier to cough out. Coughing can be brought on by dust, mold, exerciseāanything that overworks the respiratory system.

Frequent coughing in horses can lead to life-threatening complications such as heaves. But all I have to do is add one tablespoon of iodine to Monteās evening grain for 21 days and his cough will disappear.

Itās inexpensive and it saves me time, effort, and the possibility of injury.

Organic iodine is my reach-for cure. Other hobby farmers around the United States have their own life-saving remedies. Hereās a sampling of what works for them.

Healing Herbs
Herbal remedies have been healing and soothing for centuries. One herbal concoction, a calming product from Bach Flower Essences, is Rescue Remedy. Alice Stebbins, who lives on five acres in Duval, Wash., carries Rescue Remedy, both drops and spray, in her purse.

Before Stebbins hauled her nervous mare to Idaho for breeding, she added drops of Rescue Remedy to the mareās drinking water. āI put about six drops in a water bucket,ā she says. This easy application limits stress for both owner and horse.

Stebbins also suggests a dose when a horse is injured. A few sprays of Rescue Remedy into its mouth will quiet the animal so it can be helped. She says that because a horse can pick up on its ownerās anxiety, āI often recommend that both of them take it.ā

Stebbinsās horses arenāt the only animals that benefit from a dose of her favorite tonic. When her dogs have gotten hurt, sheās given them Rescue Remedy, too. She also takes it herself … āItās great stuff.ā

Kristen Molencamp of Plato, Minn., keeps tea tree oil around as a topical treatment for her horses. āI really like tea tree oil for minor cuts and things,ā she says.Ā

Tea tree oil is an extract from the leaves of the Australian Tea Tree, Melaueca alternifolia. The oil is an anti-yeast, antifungal and antibacterial substance that also comes as a cream. Itās available in health-food outlets, pharmacies and some larger stores such as Wal-Mart.

Kitchen Cures
Kitchen pantries store food for the table and often, remedies for the barn. Nicole Raines, of Sidney, Neb., raises goats, chickens and rabbits on her six-acre farm. She keeps a rabbit remedy in her pantryāOld Fashioned Quaker Oats. āWe give them oatmeal on occasion to keep them from getting hairballs,ā she says.

Her Satin rabbits shed and groom continually; hairballs can have dire consequences since rabbits canāt regurgitate. Oatmeal is a fiber that keeps the digestive system moving, cutting down on the possibility of hair collecting and forming a blockage.

Raines gives each rabbit a handful of uncooked oatmeal after theyāve given birth and in the spring when they start shedding heavily. Itās easy, she says. āThey like it.āĀ

Kathy Arnold of Whistlerās Glen Alpacas in Hudson, Ohio, also keeps a favorite remedy in her kitchen. āOne of the things I always have in my refrigerator is live-culture yogurt.ā

On her 11-acre farm, Arnold breeds and keeps anywhere from 50 to 65 alpacas.
Ā
āIf I see somebody isnāt feeling quite well or if their stool starts to look like itās not quite the consistency it should be, one of the first things Iāll give them is yogurt.ā The yogurt adds good, live bacteria back into their digestive system. Arnold explains, āThe health of the rumen is extremely important.ā

An alpaca cria can suffer stress caused by too much handling. To cut down on the number of times Arnold must handle a baby sheās bottle feeding, she says, āI put the live-culture yogurt into the milk and shake it up real good.ā

To dose her baby alpacas, Arnold uses a 10cc syringe with a one-and-a-half-inch long applicator tip. She slides it into the side of their mouth and slowly administers 6ccs or 10ccs of yogurt. She warns, āMake sure theyāre swallowing nicely because you donāt want them to aspirate.ā

Arnold gives her adult alpacas 10 to 15ccās with a large syringe and a longer applicator. She usually administers the yogurt once a day for a few days. The alpacas seem to like the taste and Arnoldās seen consistently good results.Ā Ā

Medicine Cabinet Fixes
MaryLu Worth of Norco, Calif., raises goats on her 2.5-acre farm. She keeps a people-product around to treat bloat problems. āI actually treat it with Gas-X,ā she says. While Pepto Bismol and baking soda also work, Worth always reaches for Gas-X first. āItās been the most effective,ā she explains. She reads the package and doses her goats according to the listed weights.

Gas-X comes in a capsule and getting a goat to take a pill isnāt an easy task. Worth says, āI push it down their throats. There is a device called a pill plunger that you can use, but I just make them swallow it by putting it way far back in their mouth and not getting bitāhopefully.ā She holds their mouth shut and strokes their throat until they swallow the pill.Ā

Worth watches her goat herd closely for any signs of diarrhea.
Ā
āYou should always consider treating diarrhea. You can use Pepto-Bismol or Kaopectate.ā

Worth warns that persistent diarrhea can be dangerous and to wait no longer than 48 hours before contacting your veterinarian. A veterinarian will culture a fecal sample to determine the cause of the problem. If itās an infection, the animal will need antibiotics.

Dehydration can accompany diarrhea and will need immediate attention. To replenish fluids and rebalance electrolytes, Worth says to give them Pedialyte. Use a dosing syringe and follow the directions on the package.
Barb Kirchner keeps llamas on her 5-acre farm in Pleasant Hill, Ore.

She says her veterinary medicine cabinet is probably bigger than most, but she wants to make sure she can help a llama if something happens on a weekend. One of her must-have remedies is hydrogen peroxide, something she reaches for whenever she spots a llama with a wound. Sheās had llamas get cut on fences, ājust from being silly, jumping in places they shouldnāt be,ā she says.

Briars can work through a llamaās wool and make an abscess, though Kirchner notes that āMost of the time you really never know where it [the wound] comes from.ā A dosing syringe filled with hydrogen peroxide works to clean and flush a wound.

Feed Store Fixes
Nicole Raines raises goats on her Sidney, Neb., farm. Her reach-for remedy is Nutri-Drench, a high-energy product that kick-starts a young goatās digestion. When Raines began breeding goats, she lost a 10-day-old kid and found out later it was probably due to low blood sugar.

Now she keeps Nutri-Drench on hand. āItās got vitamins and molasses, and it goes straight to their bloodstream in seconds,ā she says. She simply squirts the required amount directly into their mouths. Follow the instructions on the bottle and use a dosing syringe to ensure the proper amount.

Aloe Heal Cream, made by Farnam, promotes healing, allowing the wound to mend quickly from the inside out. In fact, she says, āIāll put it on anything that doesnāt need stitches.ā

Kim Denny of Chestnut Farm in Hardwick, Mass., raises a variety of animals, including grass-fed cattle. She says that during the winter, āWe buy molasses in 50-gallon barrels.ā

She fills a five-gallon bucket with half molasses and half hot water, and sprinkles it on a five-by-five round bale.āThat makes a big difference in our cattle; itās the only supplement they get.ā She says the cattle are more energetic, eat better and are generally more alert than those fed on straight hay.

Dennyās found a quick, easy way to treat her sheep for worms. āWe use diatomaceous earth sprinkled onto the feed.ā Diatomaceous earth is the fossilized remains of hard-shelled algae. The skeletons of these tiny creatures cut the parasites and work their way into moving parts, causing the parasite to āleakā from the inside out.

Denny uses the powdered form and says, āa handful will doāabout a half-cup to 35 pounds of feed. Iāll do that twice and let it go for six months.ā Dennyās farm is organic and she doesnāt use chemical dewormers. She says sheep worms can become resistant to traditional dewormers and itās important to treat for them regularly. Diatomaceous earth in the sheepās feces will even kill fly maggots.

When Barb Kirchner of Pleasant Hill, Ore., notices a llama thatās not chewing its cud, thatās not eating or that has diarrhea, she reaches for Probios, a beneficial bacteria formula. She says, āItās a kind of insurance. It canāt really do much harm and it might help.ā If she thinks a llama may be dehydrated, she has another remedy and a special tool. āIāve got a turkey baster so if theyāre not drinking, I can get some Gatorade in them.ā

Prescription Panaceas
Every hobby farmer with livestock has a collection of remedies that may not be available anywhere except a veterinary hospital.

Kirchner keeps a bottle of Lixotinic in her medical supplies. While mainly a horse product, this vitamin- and mineral-rich liquid works well for her llamas. It boosts appetite and energy levels in an animal thatās not eating well. Kirchner says some of her llamas will eat grain with Lixotinic on it.

For others, especially if they arenāt eating or if they are habitually picky eaters, she uses a dosing syringe. She says, āIāve had llamas Iāve had to dose for two or three days, morning and night, to get them back to eating.ā

Michelle Bolt of Tanglewood Farms in Canton, Ga., keeps an array of prescription remedies on hand because of the large variety of miniature animals found on her 10-acre farm. The farm includes 20 different breeds of miniature pigs, horses, goats, sheep and cows.

Despite the variety of possible patients, Bolt always keeps some universal standbys around. āClavamox,ā she says. āThatās a standard antibiotic. And Vitamin B12 shots.ā Boltās farm is also a breeding facility and she uses the Vitamin B shots anytime she has babies born that might need a bit of extra energy. She says, āAny frail animalāgoats, sheep, horses, donkeysāanything will get an injection.āĀ

Bolt also maintains a supply of people medicine on hand. She says, āI always keep St. Josephās Aspirin for Children on hand in case we have something with a sprain.āĀ Ā

Before reaching for any remedy, do your homework first. Watch for clues to indicate what problem the animal may have. Listen to respiration and heart rate. Take a temperature.

Check to see if the animal is eating and drinking. Look at the consistency of its manure. Try your remedy, but if the problem persists, call your veterinarian.

All these reach-for remedies have champions among hobby farmers around the country. However, always check with your veterinarian before using a product in a way thatās not originally intended.Ā Ā Ā

About the Author: Deanna Mather Larson is a freelance writer and horse owner based in Oregon.