Homeopathy is an alternative technique involving plant, mineral or animal extracts diluted with water that help keep your flock healthy. 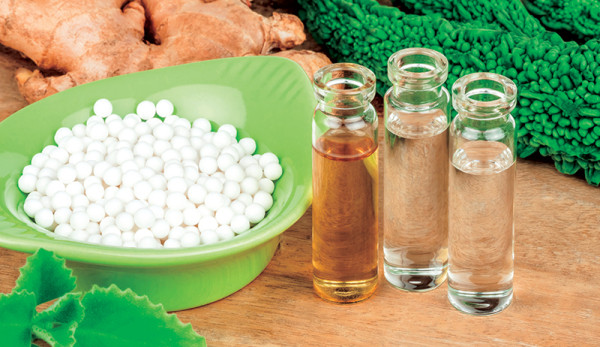 The American Institute of Homeopathy states that the word homeopathy comes from the Greek, meaning ŌĆ£like diseaseŌĆØ and it means ŌĆ£that the medicine given is like the disease that the person is expressing, in his totality, not like a specific disease category or medical diagnosis.ŌĆØ

Homeopathy was born in the late 1700s, when German physician Samuel Hahnemann translated a medical treatise written by Scottish physician William Cullen, who claimed that Cichona officialis, a Peruvian bark we now know contains quinine, could cure malaria. Ever the curious researcher, Hahnemann boiled the bark and drank the resulting potion for several days. As he expected, his healthy body developed symptoms of malaria. When he stopped drinking it, they went away.

Hahnemann and his followers began experimenting with other plants, minerals and animal substances. They conducted provings (aka clinical trials) and entered their findings into HahnemannŌĆÖs Materia Medica Pura, a master reference still used to determine which remedies should be used for specific conditions. HahnemannŌĆÖs conclusion: Any substance that causes a symptom in a healthy person or animal can, in minuscule doses, cure the same symptom in a healthy one.

Frederick Humphreys, a physician and the founder of Humphreys Homeopathic Medicine Co. in New York City in 1853, wrote that homeopathy provided immense improvements in the treatment of the diseases of domesticated animals, including poultry, of which they are very impressible. ŌĆ£It seems to be a law of nature that the more delicate the organism, the more subject to diseases,ŌĆØ he wrote in the Manual of Veterinary Specific Homeopathy (1912). ŌĆ£Yet, as a whole, animals are far less subject to diseases than men, and far more amendable to cure.ŌĆØ

To prepare a remedy, its mother tinctureŌĆöthe concentrated plant, mineral or animal extract which gives it its nameŌĆöis diluted with 1 part of itself to either 9 parts distilled water (1:10) or to 99 parts water (1:100), vigorously shaken, then diluted, shaken again and so on until the desired potency is achieved.

After a mixture is diluted, itŌĆÖs denoted by a number and a Roman numeral that signifies the ratio used. When a mother tincture is diluted 1:10 six times, itŌĆÖs referred to as 6x potency, and if itŌĆÖs diluted 1:100 200 times, itŌĆÖs called 200c. (X is the Roman for 10, while C is the Roman numeral for 100.) This diluting procedure is called potentizing; the more potentized, the longer and deeper the remedy acts and fewer doses are needed for treatment.

Higher potencies can sometimes trigger aggravations, which are temporary but nonetheless unpleasant worsening of symptoms, so lower potenciesŌĆö6x to 30x or 6c to 30cŌĆöare usually recommended, especially for use by people who must do their own diagnosing without the advice of a holistic veterinarian. Lower potencies can work just as well, but they have to be administered more frequently.

Suggested uses and dosages are printed on remedy labels, but those are only guidelines. Because the same remedies in the same doses apply to the same maladies in chickens, humans and all other animals of all ages and sizes, people can diagnose and dose their chickens using resources addressing homeopathy for other species, be they cats, sheep, goats or humans.

Homeopathic remedies are nontoxic except in isolated cases, like when theyŌĆÖre given in massive doses or for far too long. Dosed in low potencies, they have no side effects whatsoever. If you choose the wrong one for your chickens, it simply has no effect at all. Remedies are inexpensive and readily available; many chain drugstores, food co-ops and vitamin outlets stock them or you can buy them online. They can be given along with conventional and other alternative medicines.

By focusing on homeopathyŌĆÖs more esoteric principles instead of practical strategies, many resources make getting started in the practice seem hopelessly complicated. ItŌĆÖs not.

To choose the correct remedy for whatever ails your chicken, carefully assess its symptoms. Write them down. Consult a diagnosing reference, such as The Poultry Doctor (see ŌĆ£Treatment TipsŌĆØ on page 18),┬Ācarefully comparing her symptoms with those listed under each remedyŌĆÖs description until you find several that match.

Remedies are marketed as milk-sugar-based pellets, tablets, tiny pills called pillules, and granules, either as creams and gels or in liquid suspension form. Dosing will depend on the ailment, and creams or gels should be lightly glossed over the afflicted area. Keep in mind: More is not better.

Begin with the remedy that matches best. Give your chicken one dose and then wait the suggested amount of time before administering another. If her symptoms improveŌĆöeven just a bit, after the first doseŌĆöstop. DonŌĆÖt give another unless her improvement plateaus or her symptoms return. If the symptoms do come back, administer the same remedy again but only if it still matches her symptom profile. If itŌĆÖs shifted and a different remedy more closely matches the new set of symptoms, dose with that remedy instead. ItŌĆÖs rare to need the same remedy for more than three days. If you donŌĆÖt see results in two days, youŌĆÖre probably using the wrong remedy. ItŌĆÖs that simple.

Problems that come on quickly will usually resolve themselves quickly; results can be just as dramatic. Chronic illnesses, old injuries and longstanding behavioral problems, however, usually take longer to mend.

Homeopathic medicines come packaged as single and combination remedies. Compound remedies work well if you canŌĆÖt decide what remedy to use, because your chicken gets the one it needs and the others have no effect.

YouŌĆÖll sometimes notice ŌĆ£nosodesŌĆØ listed in homeopathic references. These are remedies prepared from diseased tissue. Nosodes are homeopathic vaccines; use them only as directed by a homeopathic veterinarian.

To coax the remedies into your chicken, wrap pellets, pills and granules in folded paper until you reach the henhouse, and then tip the paper into the chickenŌĆÖs beak. Milk-sugar-based remedies are designed to dissolve quickly, but if she spits them out before they do, crunch them between two clean spoons and tip in the powder instead. You could also dissolve the remedy in the flockŌĆÖs drinking water; it wonŌĆÖt hurt the chickens that arenŌĆÖt sick. Because homeopathic remedies absorb through the skin, you can also dissolve them in water and sponge or mist them on your chickenŌĆÖs comb, wattles or other patches of bare skin.

However you dose your chicken, try not to soil the remedy by touching it with your handsŌĆögels and creams excepted. Dropped pills, pellets or granules should be discarded; donŌĆÖt dump them back in the bottle. Store remedies away from strong-scented oils or camphorated and mentholated liniments and rubs, and always keep them in a cool, dry, reasonably dark place. DonŌĆÖt transfer them from one container to another; uncap and recap them quickly. And stash all remedies out of the reach of children: TheyŌĆÖre nontoxic and wonŌĆÖt harm kids, but the milk-sugar-based remedies are so sweet and tasty that your supply might vanish in one fell swoop. Stored correctly, homeopathic remedies can last for decades.

Abraham Lincoln, a reported homeopathy advocate himself, once jokingly said of one of political rival Sen. Stephen DouglasŌĆÖ positions, that it was ŌĆ£as thin as the homeopathic soup that was made by boiling the shadow of a pigeon that had starved to death.ŌĆØ But according to many, that shadow soup works. Try it, and see for yourself.