Hoofin It Part 3: Dealing With Foot Rot In Livestock

Foot rot is a common cause of lameness in our livestock. Here's what causes it, how to recognize the condition and steps for treating it quickly. 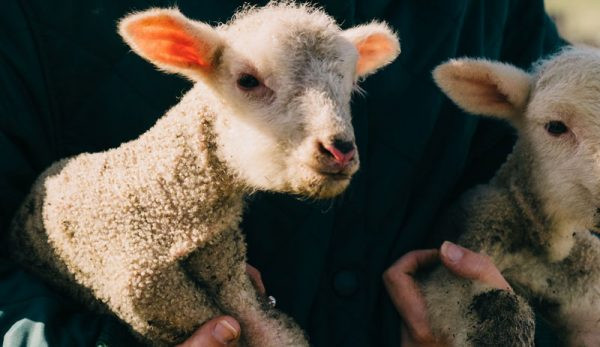 Today we finish our three-part series on livestock hoof health with an overview of one of the most common hoof ailments in our cattle, sheep and goats: foot rot. For a deeper look at laminitisâ€”a common and serious hoof condition seen mostly in horsesâ€”hop over to last month’s post.

And for a refresher on “normal” hooves, look here.

One of the most common causes of lameness in cattle, sheep and goats is a disease called foot rot. But let’s stop right there and take a closer look at the difference in this disease between species.

In sheep and goats, there are actually two clinical diseases, one called foot rot and the other called foot scald. Although usually treated in the same manner, their causes are different (but related).

Foot scald is diagnosed when the interdigital tissueâ€”a fancy name for the skin between the two hoovesâ€”becomes pink, raw and irritated. Initially, it truly does look like skin that’s been scalded.

When this bacterium proliferates in the moist tissue between the toes (what a perfect location for bacteria to grow!) it results in infection. As the disease progresses, the foot becomes very tender. It may have a foul smell and sometimes discharge due to tissue death.

The species name necrophorum says it all, as “necro” means death.

Here’s where the next step occurs. If foot scald isn’t caught early, it can progress to foot rot. This occurs when another bacterium called Dichelobacter nodosus gains entry to the foot via the already-damaged tissue courtesy of F. necrophorum.

Partners in crime, you might say. Goats and sheep with foot rot, however, say, “OUCH.”

With foot rot, not only does the tissue between the toes grow inflamed, but the tissues on the sole of the hooves begin to weaken and degenerate. This is extremely painful. A common sign of sheep and goats with foot rot are animals grazing on their knees because their feet are too painful to stand on.

Now compare this disease process to cattle, who don’t really get foot scald but jump directly to foot rot with nasty lesions seen typically between the toes.

Again, this painful condition results in pretty severe lameness. Infections can become so bad that an animal may get a fever and not want to eat.

Typically, you treat foot scald/rot in sheep and goats by hoof application of either copper or zinc sulfate, administered via foot bath. However, before treatment, it’s important to cut away diseased hoof tissue and then carefully sterilize your hoof trimmers before using on different animals to prevent spread of bacteria.

Cleanliness here cannot be stressed enough. For a severe condition, your veterinarian may recommend systemic antibiotics, as well.

For cattle with foot rot, your veterinarian will likely immediately prescribe antibiotics along with a thorough foot cleaning. Sometimes, they may also prescribe pain medication. If the animal does not respond to antibiotic therapy within a few days, your vet may want to re-check.

With severe infections, bacteria may invade the deeper hoof tissues and possibly infect the joint. If this occurs, surgery (one-sided hoof amputation, also known as claw amputation) may present the only option to get rid of the infection.

Read more: Thinking about getting started with livestock? These experienced keepers have some advice.

Good Hygiene Is Key to Prevention

Prevention of these bacterial hoof diseases is via good hoof hygiene. For sheep and goats, keep hooves trimmed on a regular basis. For all livestock, try your best to keep animals from standing in wet, severely muddy areas as best you can.

Minimize their walking on tough terrain such as spiky brush or large gravel areas, especially during cold weather. This can help decrease micro-damage to the hooves in which bacteria gain entry and set up infection.

Having said that, please do keep in mind not all cases of foot scald/rot can be prevented given how ubiquitous the bacteria are. So don’t be too surprised or upset if it occurs in your herd.

Quick diagnosis and initiation in treatment, however, will greatly impact how your animals overcome this common hoof condition.