Here's what you need to know to grow hops to either sell in the expanding craft-brewery market or to get the home-brewed beer flavors you love. 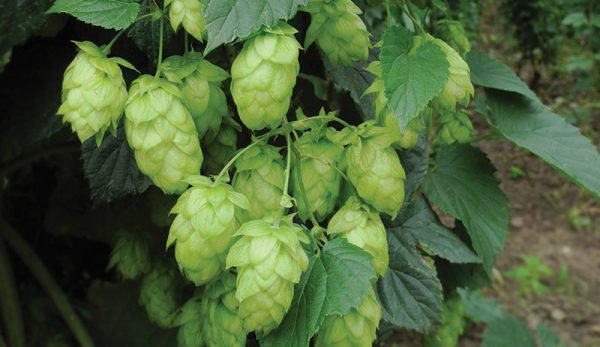 Once a minor crop, hops are climbing to the top because of demand from craft brewers. You can grow this high-flying plant to take advantage of a rising market and, if you‚Äôre a home brewer, to get the beer flavors you love. The female plant‚Äôs unopened flowers, called cones, produce oils that give beer its bitterness, flavor and aroma. In the early days of brewing, hops were also valued as a preservative in beer. Yet many things about Humulus lupulus (aka hops) are, in a word, weird:

Because of this aggressiveness, hops can‚Äôt be profitably grown without great care. An acre of hop bines need a trellis composed of:

So yes, hop plants are tall, but supplies are sometimes short because of either drought in Germany, which has become more frequent, or changes in the market. The craft-brewing revolution has been growing about 18 percent a year. While beer aficionados suck up suds, that demand has more than sucked up the slack in the hops harvest recently. Shortages of preferred varieties emerge, especially for brewers who want to use locally grown cones.

Hops want their heads in the sun and their feet in moist, rich soil. That means at least 8 hours of sunshine and soil enriched with organic matter and access to water. Using an ag extension soil test, keep soil pH at 6 to 8 with lime or sulfur. As early in spring as soil can be worked, plant rhizomes (root cuttings) horizontally, a couple of inches deep with brown rootlets pointing down and white shoots pointing up. Set them 42 inches apart so side branches don‚Äôt become a tangled mess by summer.

Bines want to climb, so greet each one with jute or bailing twine that‚Äôs anchored to the ground and attached to a cable 12 to 20 feet overhead.

Hops should be harvested when the cones are fragrant and green‚Äîbetween mid-August and mid-September, depending on location and variety. You can harvest by hand, using a ladder or a machine. (Large harvesters can cost $180,000.)

Cones are best fresh but can also be dried for future use. Farmers use balers, dryers and pelletizers for preservation. DIYers can stash cones in a closed paper bag in a warm attic where the cones will dry and remain viable for a couple of years.

Hop Around the Clock

A hopyard can be profitable for farmers with long summer days between the 35th and 55th parallel. The growth of craft brewing will keep prices up for the foreseeable future.

Establishing an acre of rhizomes with trellis and drip irrigation can cost $6,000 to $10,000. Throw in the specialized equipment for harvesting, hauling, baling and drying cones, and a complete 10-acre hopyard can run $250,000 to establish, not counting the costs of maintenance and harvesting.

The first cousin to home-brewed beer is homegrown hops. Sure, you can buy hops at a brewer-supply house, but DIY types would rather grow them. Plus, backyard growing provides the knowledge you‚Äôll need before seeking that loan to grow acres of hops. Growing your own also means you‚Äôll join the emerging bine-to-bottle movement.

Each 5-gallon batch of beer requires only a few ounces of hops. One plant generates as much as¬Ý2 pounds of dried hop flowers, so you can easily grow enough for a year‚Äôs worth of brews and to share with friends.

Getting plants is easy. You can order them online, buy them at your garden-supply house in spring, or even beg cuttings or rhizomes from a local home grower. Choose varieties developed in this country such as Galena, Willamette, Chinook, Brewer‚Äôs Gold, Columbus and Zeus. They adapt better to our conditions than most European varieties.

If you have a two-story house, you could run biodegradable jute twine up to the eaves on the southern side of your house. The bines will feast on full sun while your southern windows bathe in summer shade. But be sure the plants‚Äô roots aren‚Äôt under the rain shadow of the eaves.

The old-fashioned way to harvest cones involved tall ladders and tedious picking. Best practice for the backyard producer is to run the twine through a pulley on top. When it‚Äôs time to harvest the cones in late summer or fall, cut the vines near ground level, lower the plant with the pulley and then pile it on a table to harvest the cones while standing safely on the ground. The cones are then easily dried for use and storage in a closed paper bag in a warm attic.

Unless you have rich, black soil, add a big bucket of compost and a couple handfuls of organic fertilizer to each plant bed. Add either lime or sulfur if your soil‚Äôs pH isn‚Äôt between 6 and 8. Resist applying too much nitrogen. You‚Äôll get fast growth, but your bines will also be more susceptible to bug and disease problems. Too much nitrogen also dilutes the potency of the hops.

Plant hop rhizomes in spring at least 31‚ÅÑ2 feet apart, so their side branches don‚Äôt become tangled. They need to be set only a couple of inches deep with the brown rootlets pointing down. Lay down a soaker hose if you have several bines; a sprinkler will splash disease organisms around. Cover the ground with 2 inches of organic mulch to keep weeds down, moisture up, earthworms fat and the bed pretty. Re-apply mulch every fall after cutting the bines back.

Lots of bines will come up from the rhizome in spring. Keep the two strongest, and wrap each clock-wise around some twine. Cut out the remaining bines to share with friends as cuttings, or take them into the kitchen to saut√© in butter and garlic: a tasty dish sometimes called ‚Äúpoor man‚Äôs asparagus.‚Äù Of course, wash them down with your best home brew.

To learn more, check out these books, websites and organizations. Place an order in winter so you‚Äôll have female rhizomes (roots) to plant early in spring. You should also be able to find a good selection of varieties at a local brewer-supply house or online.