Hornets Are Nice! And 9 Other Surprising Facts About Wasps

Hornets are not aggressive unless provoked, but they are big and have dangerous stings. They also love honey and cause trouble for bees. 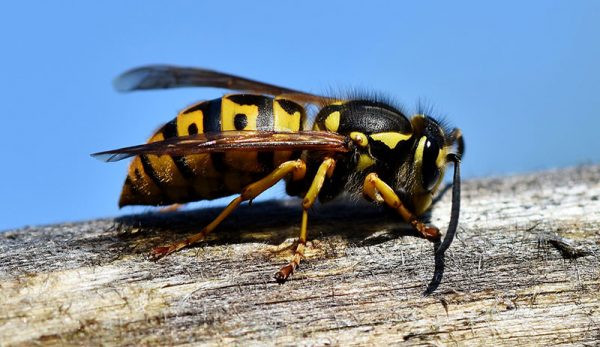 With more than 30,000 species of wasps identified, don’t feel bad if you can’t name which stinging insect friend has just graced the underside of your deck, your kid’s play structure or your doghouse with a paper home. There are many. Thankfully, it’s fairly easy to narrow it down, which can increase your knowledge, quell your fear and, ultimately, reduce the possibility of stings.Â Knowledge is power, after all.

Here are a few things you might not know about hornets (which are a type of wasp) and other stinging insects:

1. Wasps Are Either “Solitary” or “Social”

Of those 30,000 species, only 1,000 are “social” wasps, meaning they build big, elaborate, paper mansions. There are only about 20 hornet species. Social wasps are the ones we encounter the most.

Like honeybees, hornets will attack only if they believe their nest is threatened, or if you come to close to the nest. (This is true, to an even gentler degree, for honeybees as well).

They are a subset of the wasp family. Generally speaking, hornets are much larger than other types of wasps, and that’s how most people identify them.

Hornets and yellow jackets can each build either above-ground paper nests or below ground burrows. This can make it hard to accurately identify them, as their nest architecture depends on what’s available.

But it’s not in a good way (for the honeybees, anyway). They love to eat honey, and they can kill as many as 40 honeybees per minute because of their sheer comparative size. A honeybee’s sting is no match for most hornets.

The Japanese honeybee has developed an interesting defense in response to robbing hornets: Offensive honeybees see the scout hornet before it approaches the hive; then they swarm around the hornet, vibrating their bodies to raise the temperature and roast the hornet alive.

7. Bees and Wasps Have 4 Life Stages

All of these stinging insects go through stages of egg, larva, pupa and adult. Collectively, we call the developing young in a nest the “brood.”

Hornets, yellow jackets and paper wasps create their nests from wood fibers that they gather and chew into a fibrous pulp. With this, they construct their nests. Honeybees, on the other hand, have wax glands, and only mature honeybees can produce wax and build hive cells.

You’re less likely to be stung by a hornet than by, say, a yellow jacket or another type of wasp, but their sting is more dangerous simply because they are larger and administer so much more venom.