Horse Slaughter Debate is Back

Recently passed legislation could open the door for horse slaughter’s re-entry to the U.S. 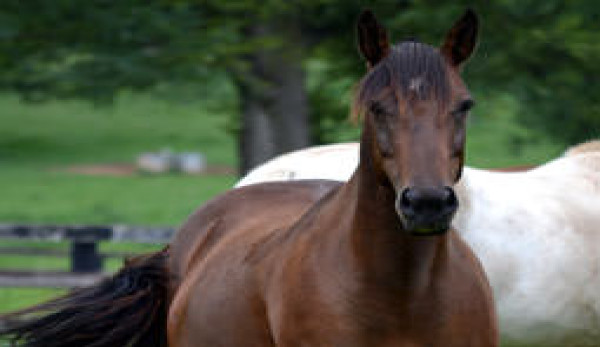 Enter “horse slaughter” into an online search engine and you’ll find pages of recent articles, blog posts and organization web pages asserting “Obama wants you to eat horses” (among other entries). What people are talking about is the recent passage of bill H.R. 2112, the Consolidated and Further Continuing Appropriations Act of 2012. While this bill does not prohibit the funding of USDA horse-slaughter inspections as appropriations bills have in the past, assertions that horse meat will be offered in your grocer’s deli might be exaggerated.

From 2006 through 2010, language was introduced in the annual USDA appropriations bill—the one that says what the department can spend money on—that prohibited federal funding for the USDA inspection of horses in transit to slaughter and at slaughtering facilities. When the appropriations bill passed into law in November 2011, this language was no longer present, essentially re-allowing USDA inspection of horses going to slaughter.

Before 2006, the U.S. had three horse-slaughter plants—one in Texas and two in Illinois. After federal funding was denied in 2006, USDA inspectors could seek private funding until 2007, when courts upheld state laws prohibiting horse slaughter and the sale or possession of horse meat. Now, even with horse-slaughter bans lifted, the U.S. currently has no horse-processing facilities available. Building or retrofitting suitable facilities will take some time.

While news of this language omission seems to have taken the general horse community by surprise, organizations on both sides of the debate have not put the issue to rest.

“Since the language was added that prohibited the use of taxpayer funds to pay for the inspection of horse-slaughter plants to the appropriations bill for the USDA, we knew it could be removed at any time,” says Shelley Sawhook, president of the American Horse Defense Fund, an organization working to ban horse slaughter in the U.S. “We did not find out specifically that [the language] would be removed until it actually was, but we did know that there was talk that it could happen for about a month.”

The AHDF has received double the usual number of calls and emails from concerned citizens since this news was publicized.

Anti-slaughter groups are now hopeful that bill H.R. 2966, the American Horse Slaughter Prevention Act of 2011, introduced in September 2011, will pass through the House and Senate to be enacted into law. This bill prohibits the shipping, transporting, moving, delivering, receiving, possessing, purchasing, selling or donation of horses and other equines to be slaughtered for human consumption. Similar legislation was introduced in four previous legislative sessions and did not pass. If the American Horse Slaughter Prevention Act does not pass in this legislative session, funding for horse-slaughter inspections will undoubtedly be debated and possibly again denied when the next USDA appropriations bill is brought to Congress in September 2012.

@Subhead: U.S. Horse Slaughter’s Impact
While it’s safe to say horse-industry organizations are all interested in what’s best for America’s horses, not all agree on what that might be. There are those who are anti-slaughter, no matter where it takes place; those open to slaughter in the U.S., where it can be regulated and inspected; and those not taking a side on the issue because they have diverse constituents with opposing views. A lot of factors play into the slaughter debate, among them Americans’ emotional and sentimental attachment to horses as companions and as historic figures in this country’s settlement, horse welfare, economics, and the environmental impact of horse slaughter and rendering.

Groups on both sides of the debate show concern about horses being shipped over borders.

“USDA has no jurisdiction in other countries and has no power to make sure that horses are transported and killed in a humane manner. As a result, horses transported to slaughter are protected by law when they are within the borders of the United States but may be transported and killed inhumanely once they leave our borders,” states the “Unwanted Horses and Horse Slaughter FAQ” web page for the American Veterinary Medical Association, an organization opposing the passage of the American Horse Slaughter Prevention Act.

In terms of horse neglect and abandonment since 2007, “Colorado data showed that investigations for horse neglect and abuse increased more than 60 percent [from 2005 to 2009]. Also, California, Texas, and Florida reported more horses abandoned on private or state land since 2007,” according to the GAO report.

There are some animal-welfare organizations, such as the AHDF, that say they have not seen an increase or have seen only a small increase in cases of abuse or neglect. (AHDF has had a 20- to 25-percent increase in calls in 2011, but that increase did not come until this year.) Other horse rescue groups’ facilities are at capacity, some being forced to turn away horses needing homes. They attribute this increased need for horse rescue partially to the closing of U.S. slaughter plants (making slaughter a more logistically difficult option for horse owners), partially to the economic downturn and partially to the over-breeding of horses.