Courtesy Tom Savio The Southern California Horticulurist Society will honor Yvonne Savio in September for her influence on Los Angeles’ gardening community. Once a year, the Southern California Horticulturist Society, a forum founded in 1937 to facilitate the exchange of knowledge and expertise within the fields of gardening and botany, deems one exceptional individual to […] 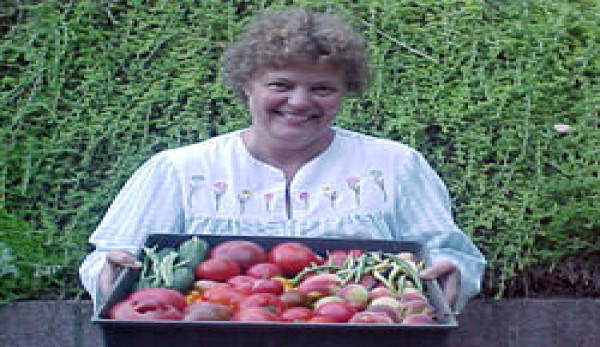 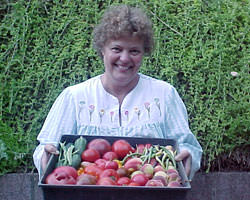 The Southern California Horticulurist Society will honor Yvonne Savio in September for her influence on Los Angeles’ gardening community.

Once a year, the Southern California Horticulturist Society, a forum founded in 1937 to facilitate the exchange of knowledge and expertise within the fields of gardening and botany, deems one exceptional individual to be Horticulturist of the Year. The prestigious award has gone to teachers, plant breeders, scientists and nurserymen in recent years.

In 2010, the board chose to celebrate a woman with unprecedented success in expanding the edible gardening movement in the region and across the country.

According to Steve Gerischer, president of the SCHS, the honoree must be someone who has demonstrated a significant contribution to horticulture in Southern California. When the board of directors met to decide who should receive this year‚Äôs honor, Yvonne Savio‚Äôs name was immediately and unanimously brought to the table.

‚ÄúEveryone leaned forward when she was mentioned and emphatically agreed that the timing was perfect,‚ÄĚ says Gerischer. Savio is a pioneer in every sense of the word when it comes to organic edible home gardening. ‚ÄúWith the time‚Äôs trend towards growing your own food, coming right down from the White House, Yvonne Savio‚Äôs work is unparalleled.‚ÄĚ

Unarguably, her work‚Äôs influence in her community has elevated the sustainability movement off the charts.

Most every child likes to play in his backyard, but instead of making mud pies, Savio was growing fruits and vegetables at her childhood home in Pasadena, Calif. After her early start, Savio sought a formal garden education and obtained a degree in horticulture from American River College, Sacramento. Since then, she‚Äôs written countless columns for the National Gardening Association, edited books on gardening, such as Specialty and Minor Crops Handbook published by the University of California, served as an advisor for community and school gardens nationwide, and started many groups that teach low-income individuals how to grow their own organic foods.

In her most recent endeavor, she started a rapidly growing program called Grow LA Victory Garden Initiative, which gives beginning gardeners the knowledge and support they need to grow organic foods at home. A staggering 440 beginning gardeners signed up for the Grow LA Initiative in the spring of 2010 for the program‚Äôs first season.

Upon completion of the course, the students form gardening networks and are assigned a Master Gardener, who is available to them for future support and trouble-shooting tips as they venture into their own garden patches.

Savio is making a huge impact on the edible gardening community in Los Angeles, and that‚Äôs precisely why she‚Äôll receive an award from the Southern California Horticultural Society this September.

‚ÄúIt‚Äôs always nice to be recognized for doing what you love,‚ÄĚ Savio says. ‚ÄúWhat is really important is that by virtue of giving this award to me, they are celebrating my programs, which is really something. It‚Äôs one of the few times that a horticultural society is recognizing the value of edible [gardening] and helping regular people to grow their own food.‚ÄĚ

Savio attributes the rapid growth of her programs to the ‚Äúbad news‚ÄĚ the U.S. has received over the past few years. The economy, diabetes, obesity and heart disease were a few of the problems she mentioned that can be improved upon with a little ‚Äúplaying in the garden.‚ÄĚ¬†

‚ÄúIt‚Äôs about hope, as well as the beautification of a community [and] working with different cultural backgrounds and age groups,‚ÄĚ she says. ‚ÄúEverybody gets together and works in the garden.‚ÄĚ

Of course, when speaking with Savio, I couldn‚Äôt help but take the opportunity to ask her for a few of her best tips for my urban garden.

‚ÄúHow many books would you like me to send you?‚ÄĚ she replied with laugh.

She recommends growing foods that offer multiple harvests, like cherry tomatoes and leafy greens‚ÄĒan excellent tip for dealing with limited space. Cherry tomatoes continue to produce fruit all season long, and a 4-foot plot of lettuce could provide a household with two salads per week.

Savio‚Äôs work empowers thousands of people to take control of their food sources, though she stays modest about her many achievements.

‚ÄúI have a great time telling my Master Gardeners I have killed more plants than you would have thought existed,‚ÄĚ she says.

The philosophy behind her work is simple:

‚ÄúYou are just playing in the garden and getting to eat what you play with. I am being recognized for helping people have some fun-time in the garden, but also helping them support their families with some great food they were able to grow themselves.‚ÄĚ¬†

On Sept. 9, 2010, the Southern California Horticultural Society will host an awards banquet in her honor, which many of Savio‚Äôs former students are expected to attend.¬†