Hospital Technology Moves to the Vineyard

Scientists use CT scans to learn more about how plants respond to drought and disease. 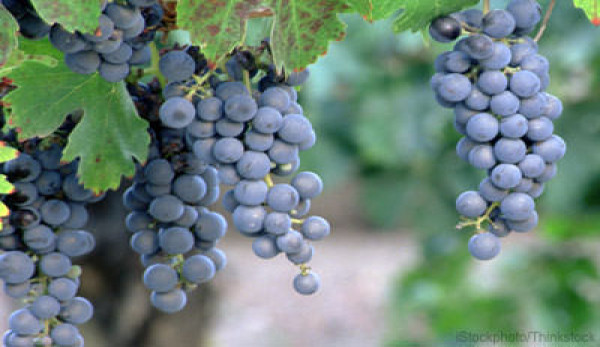 A scientist with the USDAâ€™s Agricultural Research Service in Davis, Calif., has opened a window into the vascular networks of a number of crops by performing computed tomography scansâ€”known to most of us as CAT or CT scansâ€”on them.

Andrew McElrone, a plant physiologist, is using the X-ray technology more commonly performed on the human body to study how water and pathogens move through aÂ grapevine’s xylem, a part of its vascular tissue. The xylem consists of tube-like elements that pull water and minerals from the roots and up through the plant, which means it plays a major role in the plant’s growth and survival. When a plant takes up water from its roots, water passes through these tubes as if it were sipping water through a straw, and thousands of these tubes are used in the process.

Drought conditionsÂ increase tension on the water in healthy xylem tubes, making them more susceptible to the formation of air bubbles, called embolisms, which interrupt the water flow and lead to damage or even death of the vine. By using the CT scan, scientists can study embolism formation and the connections between xylem tissues in fine detail to help determine how plants respond to water stress and other changing conditions. It also should assist in efforts to breed crops better equipped to tolerate drought and resist disease.

McElrone, on the other hand, is using the CT scan to investigate how some pathogens target and spread through the xylem tissue. He found that a key to infection susceptibility is the presence of specialized “bridge cells” that serve as connections among xylem tubes. His research has shown thatÂ grapevines with more bridge cells are more susceptible to Pierceâ€™s disease, which can lead to severe vineyard damage. This leads him to believe the strength of links between bridge cells and xylem tubes could contribute to how easily pathogens pass through the plant.

McElroneâ€™s manuscript of the study has been accepted in the Journal of Visualized Experiments, with an accompanying film that demonstrates the CT scanning technique for other scientists. Much of McElrone’s work has focused on grapevines, but he is working with other researchers to use the technology to study other crops, including walnuts, sunflowers, citrus and blueberries.

Read more about this research in the April 2013 issue of Agricultural Research magazine.