Trade your food abundance with friends in a fun, farm-friendly event. 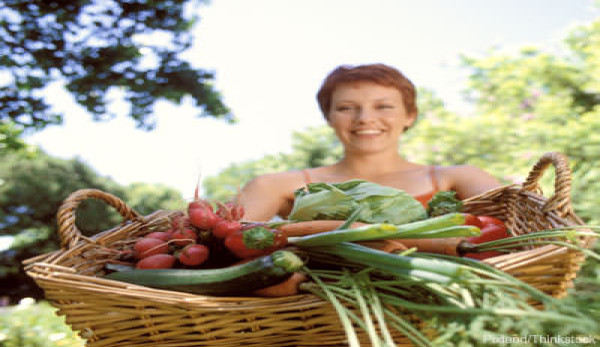 Take one of the oldest forms of exchange in the history of civilizationābarteringāadd in the current do-it-yourself food craze, and what do you get? One of the hottest foodie trends, where people gather to swap homemade items with one another: food swaps. Talk about the ultimate party that keeps on giving: Show up with six jars of your grandmaās recipe for strawberry jam, and go home with a loaf of artisan bread, kombucha starter, sauerkraut, home-brewedĀ cider and more.

Food swaps can be especially effective in building community in the country, where folks tend to be more geographically dispersed and isolated and are looking for reasons to come together and connect. Granted, rural areas donāt have the population volume of Brooklyn, but with some strategic organizing, food swaps can readily extend down country roads.

Food Swap Basics
At its core, a food swap is an event that brings people together to trade homemade, homegrown or even foraged foodstuffs. Food swaps range in size, scale and format and can be readily adjusted and adapted based on the situation. Thereās no one prescribed way to host a swap, but there are some general formats and experiences from past food-swap hosts, as well as resources from the Food Swap Network, an organization designed to help support and grow food swaps around the world, that can help boost start-up success.

Typically swappers will set up their wares on long, banquet-style tables with signage identifying their product. Some swaps use a more formal method of writing down and bidding on items of interest (i.e., writing down the number of items you offer in exchange for another) while others keep things simpler with a unit-for-unit exchange: If you like someone elseās item, simply approach them and offer a trade.

“People think you need to bring a ton of time-consuming things to participate in a swap, but there really is no minimum on what to bring,ā says Kate Payne, co-founder of the Food Swap Network. “The idea is to celebrate the fact that everyone has something special they can offer and to do what you can.ā Two or three of an item is fine, or better yet, bring a couple different items for more trading variety.

Step-by-Step Swapping
Here are four steps to organize a food swap in your neck of the woods.

Step 1: Map It Out
Decide on a location and date for your first swap, as well as your key audience. Sometimes, particularly in rural areas, it helps to piggyback on an existing event where folks enthusiastic about food are already gathering. Generally, a food swap lasts about two hours and involves some social time for connecting and sampling, followed by the actual swap. Often aĀ potluck is held in conjunction with the swap.

Be sure to check local regulations regarding food-swap organization. Even though no money is exchanged and no one is selling food products, a swap or trade situation might still qualify as a legal economic transaction in your area. Some food-swap organizers consider their event a private party and require attendees to RSVP to avoid confusion that this might be considered a public food event that would fall under potential regulations. Remind attendees that this is a solely voluntary event in which everyone chooses to participate in an exchange of food. Everyone is responsible for making his or her own choices on what foods to trade and accept.

Step 2: Generate Buzz
“The hardest part in organizing your first food swap may be trying to paint a picture as to what a food swap actually is, as folks probably havenāt been to one before,ā explains Kelsey Kennedy, who organized a food swap after moving back to her hometown of Grand Marais, Minn. For her first food swap, she created a poster and utilized social media to spread the word.

“I spent a lot of time fielding questions before that first food swap and encouraging folks to give it a try,ā she says. “Sometimes people think they donāt have anything special they make, but I remind folks that we all have something special we do in the kitchen and to simply share what they know best.ā

Food-swap organizers, like Kennedy, all say that marketing the event gets easier once you have a few swaps under your belt and people know what to expect.

“People often encounter difficulty promoting a first-time food swap, but once people attend, they are totally hooked and help spread the word,ā Payne says. “Food swaps always bring together a fantastic group of creative, unique people that all love good food. Iāve met many people at food swaps who are now close friends.ā

Step 3: Recruit and Relax
“Take the pressure off the actual event by recruiting some friends to provide some extra hands and help,ā Kennedy recommends. “Youāll have tables to move around and other last-minute details to take care of. Plus, it helps to have someone available to greet attendees, particularly first-timers, and explain the setup and schedule.ā

In addition to tables, provide napkins and serving utensils for impromptu sampling, along with water and other beverages. A welcome sign with the eventās schedule is helpful, as are nametags. It also helps to have a sheet that attendees fill out and place by their food item describing what it is, key ingredients and suggested uses.

“Donāt be discouraged if you donāt have a big crowd at your first swap,ā says Denise Szarek, of Thre Goat Farm in Westmoreland, N.Y., who started organizing food swaps in 2011. “Urban areas simply have a higher population of people and can kick things off faster, but I personally think smaller groups are more intimate. Even if just five people show up, everyone goes home with four new things and gets to share time together.ā

Step 4: Plan for the Future.
Whatever the show of numbers, chances are you and others in your community will love the food-swap format and start thinking about your next event. Before you jump in with full organizing force, think realistically about what you can personally manage and what long-term interest there is in your area.

“I organized three swaps in 2012, which seems to be a good amount and worked well with my personal schedule and other commitments,ā Kennedy recalls. “For me and my community, doing it just three times annually gives it a unique factor. The event stays special and everyone feels the buildup and has time to think about what they will bring to showcase their best talents.ā

For others, having a regular food swap provides an ongoing forum for connection and community. Szarekās local group meets monthly for a food swap and has tapped into creative marketing outlets to keep the food swaps fresh and vibrant. Her group has hosted various themed food swaps, including desserts and a barbecue and picnic.

“These themes help keep ongoing interest in our food swaps as they particularly give folks a focus for their culinary creativity,ā Szarek explains. “For example, for the barbecue and picnic theme, people brought everything from mustard and condiments to side dishes, like cole slaw. Another fun, different theme we did was a holiday swap, where everyone brought their favorite cooking implement. Attendees explained what it was and why they couldnāt live without it.ā Folks swapped and “stoleā in more of a gift-exchange format, and it was a fun night for allāeveryone went home with something they could use.

Once you have a food swap up and running, attendees are willing to take risks and try new recipes and culinary challenges. “My fellow farmer friends who come will often bring things they want to make but are either too complex or donāt have customers for at the farmersā market,ā Szarek says. “We had a fantastic phase of people making various fruit curds, like tangerine and lime and other fruits in season.ā

According to Kennedy, food swaps are great venues for trying a new recipe because she always finds an enthusiastic, supportive audience. “Iām usually bringing canned items or desserts, but once I went out of my box and brought Brie cheese dipped in chocolate and that went over really well,ā she says.

“Food swaps are all about building community and connections and finding ways to share and try new things out together,ā Payne says. Whatever you bring and however your food swap turns out, the core ingredient and end result will reach beyond the food treasures folks take home at the end of the evening.

This article originally appeared in the November/December 2013 issue of Hobby Farm Home.

A national advocate for women in sustainable agriculture, Lisa Kivirist founded and leads the Rural Womenās Project of the Midwest Organic Sustainable Education Service and is a senior fellow, endowed chair in agricultural systems at the Minnesota Institute for Sustainable Agriculture at the University of Minnesota. She is the author of Soil Sisters: A Toolkit for Women Farmers, as well as co-author of Homemade for Sale, Farmstead Chef, ECOpreneuring and Rural Renaissance. Lisa and her family run Inn Serendipity Farm and Bed & Breakfast, a diverse farm operation in Wisconsin completely powered by the wind and the sun.