Heat stress, pest problems and lack of pollinators cause low yields in home gardens this summer. 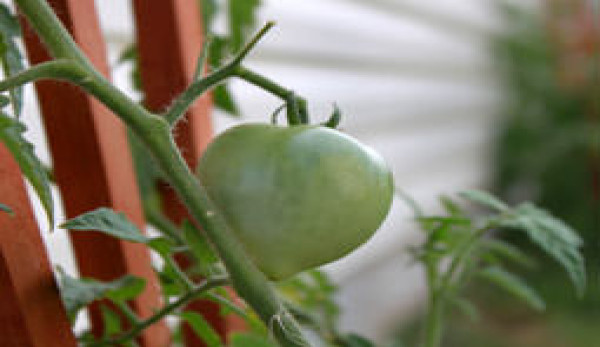 A summer of hot, dry weather has disappointed home vegetable and fruit growers in the South, who despite lavishing care on their plants, arenâ€™t seeing the fruits of their labor.

â€śI am getting tons of calls,â€ť says Jerri Lephiew, Ouachita County extension agent for the University of Arkansas Division of Agriculture. â€śEveryoneâ€™s garden is crashing. People arenâ€™t seeing fruit setting on their plants.â€ť

Home gardeners are lamenting the lack of tomatoes, beans,Â squash and okra. Lack of fruit set can have many causes. High nighttime temperatures are a major problem. Several cities in Arkansas saw record highs this month, with some cities hitting 107 degrees F and not dipping below the mid 80s.

The heat causes the plantâ€™s flowers to drop. No flowers means no fruit.

â€śAs it cools and we have three or four nice evenings, we should be seeing tomatoes set some fruit,â€ť says Craig Andersen, extension vegetable specialist for the University of Arkansas Division of Agriculture.

â€śTemperatures in excess of 110 degrees F inhibit the ripening chemistry of the tomato in a similar manner to which cold temperatures damage fruit ripening,â€ť Andersen says. â€śHowever, there is always the alternative and thatâ€™s fried green tomatoes.â€ť

The same goes for green beans and squash.

â€śBeans wonâ€™t set pods when there are high temperatures, especially high nighttime temperatures,â€ť he says. â€śSquash is probably being affected by water and heat stress. When it cools down a little bit, the fruit will come back.â€ť

Andersen says the situation with the okra is more perplexing, though, because okra usually withstands heat well. He credits the problem in the southern part of Arkansas to fire ants, which have been eating the okra flowers.

â€śThere have been other problems recently, like blister beetles coming out of alfalfa and soybeans and going into the garden and eating the flowers and young leaves,â€ť he says. â€śThis has not been a great season for gardening.â€ť

Where blossoms have stayed aboard, pollination problems can also contribute to a lack of fruit. According to Jon Zawislak, extension apiculturist for the University of Arkansas Division of Agriculture, there may not be anyÂ pollinators in some areas.

In buzz pollination, the bee vibrates the pollen loose.

Dan Chapman, director of the University of Arkansasâ€™ Fruit Research Station in Clarksville, Ark., says the heat has also affected blackberries and peaches.

â€śIn blackberries, itâ€™s not the female flower, but the male flower that canâ€™t take the heat, and you have to have both to get fruit,â€ť he says. â€śOur peach crop is down, the fruit size is down and all the growers have had problems with size and quantity, too. Itâ€™s just a pitiful year.â€ť