Cherie asked me to keep you all abreast of baby Kerla’s potty training, so I am! 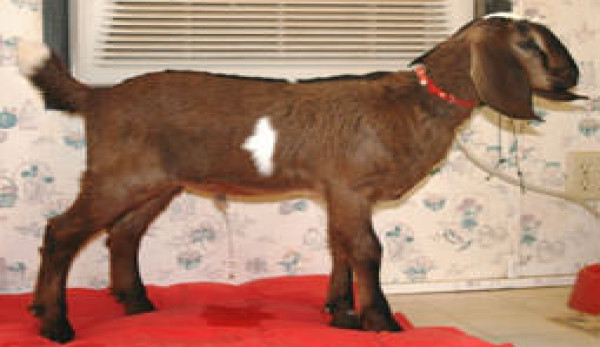 Cherie asked me to keep you all abreast of baby Kerla’s potty training, so I am! Mom says he’s doing really well. She says he learned faster than a puppy. We’re not surprised. Goats are smart.

Before Kerla arrived, she made four thick pads by quartering a worn-out comforter she bought at the used-a-bit shop, then she finished the cut edges so they wouldn’t come apart when she laundered the pads.

The comforter was red on one side, so that’s the side she puts face-up when she places the pads on the floor. Dad started calling Kerla’s pee-pee spot Red Square. Mom laughed. Humans are weird some times.

Then, when Kerla arrived, she started taking him out of his crib (it’s a big, wire dog crate with a lift-up lid and big pieces of cut-up blankets for bedding) every hour or so through the day and taking him to the pee-pee pad at the edge of the kitchen. He didn’t want to wet his bed, so he usually waited. Mom clicked the clicker and made a big, happy fuss when he did.

Kerla didn’t get to run around the house unless someone was poised to grab him if he started to pee. If he did, they said “No! No! No!” and took him to Red Square. When he started to pee again, they clicked and then cooed and scratched his back (he likes that). Kerla got the hint right away.

Soon he only needed to go to the pad after eating and also once or twice in the middle of the night. Mom didn’t mind getting up because she usually needs to go to the bathroom too.

When he was four weeks old he started going to Red Square all by himself! Now he gets to stay out of his crib most of the time, as long as someone makes sure he isn’t fooling around in off-limits places like the top of Mom’s computer table or chewing paper and electrical cords.

Now Mom wants to try this with a lamb. If she does, we’ll keep you updated!