The House and Senate don’t see eye to eye when it comes to providing drought assistance to U.S. farmers. 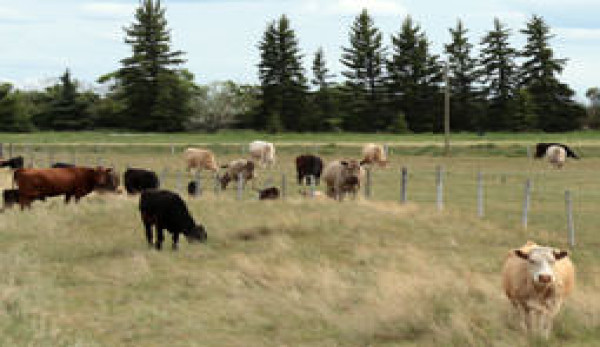 In the ongoing Farm Bill 2012 drama, the House of Representatives stirred the pot again last week when it passed a stand-alone disaster-assistance bill to temporarily aid agriculture victims of this summer’s widespread drought.

H.R. 6233 passed on Aug. 2, 2012, by a vote of 223 to 197 and proposes to cut a total of $639 million from the Conservation Stewardship and Environmental Quality Incentives programs. Slightly more than half of the funding would be used as disaster aid for livestock producers and certain fruit producers, with the remaining amount going toward deficit reduction. The House also attempted to pair the disaster assistance bill with a year-long Farm Bill extension, but this was pulled from the floor and will not be considered.

Even though the 2008 Farm Bill’s disaster-assistance measure expired in September 2011, the House’s action is being criticized by small-farm advocacy groups, like the National Sustainable Agriculture Coalition, which already oppose the huge cuts to conservation funding in the House Ag Committee’s version of the Farm Bill. The groups continue to push for Farm Bill 2012 to be approved by Congress before the prior bill expires at the end of September. The NSAC said in a statement last week:

“The best way for Congress to address disaster assistance and help farmers through this severe drought is to pass a new five-year Farm Bill reform package. Though they differ widely on reform, both the Senate-passed and the House [Ag] Committee-passed bill include disaster assistance for farmers and ranchers. Both bills also fund the tools that help farmers prepare for unpredictable and extreme production conditions—the conservation programs that reward farmers for proactive, smart farm management.”

“It’s deeply troubling that the House would leave farmers and small businesses in the lurch at a time when our agriculture economy is vulnerable and facing incredible uncertainty,” says Debbie Stabenow (D-Mich.), chairwoman of the Senate Committee on Agriculture. “A five-year Farm Bill not only provides the immediate relief producers need to battle drought and disaster, it also gives farmers the long-term certainty and additional tools they need to keep growing and creating jobs over the long-term.”

Congress broke for its five-week August recess last week, and it is still unclear what the next steps for the passage of Farm Bill 2012 will be.