How Bats Are Valuable To Farms

According to studies, bats are worth $3.7 billion to U.S. agriculture. 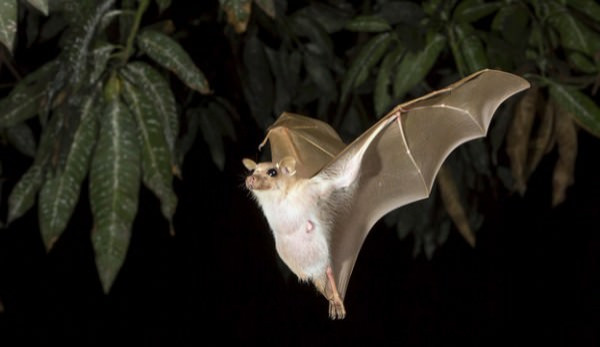 A few years ago, the nonprofit Bat Conservancy of Coastal California offered Central Valley farmers bat houses. One such farmer, Glenn Anderson, accepted the offer and once he planted corn the bats seemed to make the shelter home.

“That made sense because corn is a good habitat for mosquitoes and bats like to eat mosquitoes,â€ť Anderson told The Guardian. “But then I got to wondering whether they were eating moths, too.â€ť

While Andersonâ€™s orchard had been Certified Organic for decades, his neighbors were spraying for two types of moths: navel orange worm and peach twig borer. Anderson thought maybe the bats were consuming the moths, because both are active at night his crops never seemed to be affected by them. When UCLA researcher Devaugn Fraser asked him if she could study the bats on his farm, Anderson spoke to her about his theory. It turned out he was right; Fraser found moths in the batsâ€™ excrement, The Guardian reports.

In addition to corn, University of California, Davis, researcher Katherine Ingram concluded in a study that bats are also responsible for pest control for cotton, various nuts and rice crops, according to The Guardian.

Research organizations have also made the attempt in estimating just what the value of bats is to agriculture worldwide. The Guardian reports that studies have concluded that “bats deliver $1 billion in value to the global corn industry, $3.7 billion to North American agriculture in general and close to $1 million a year for south-central Texas cotton farmers.â€ť

As studies continue, more will be learned about the importance of bats to farms worldwide. In the meantime, Anderson is happy with the bats on his farm. He told The Guardian, “We hold little wine drinking sessions in the evening out in the backyard and watch them go to work.â€ť

Do you cultivate bat habitats on your farm?