In the harsh climate of a city rooftop, it takes thinking outside the box to grow food at a profit. 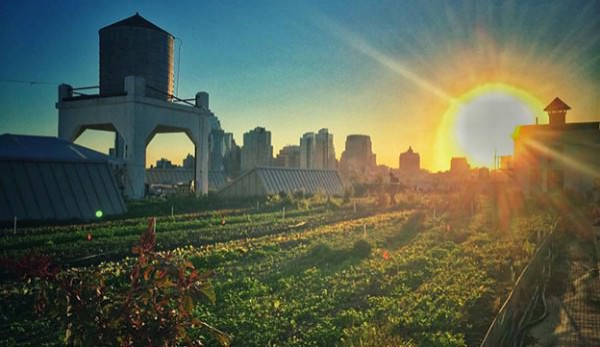 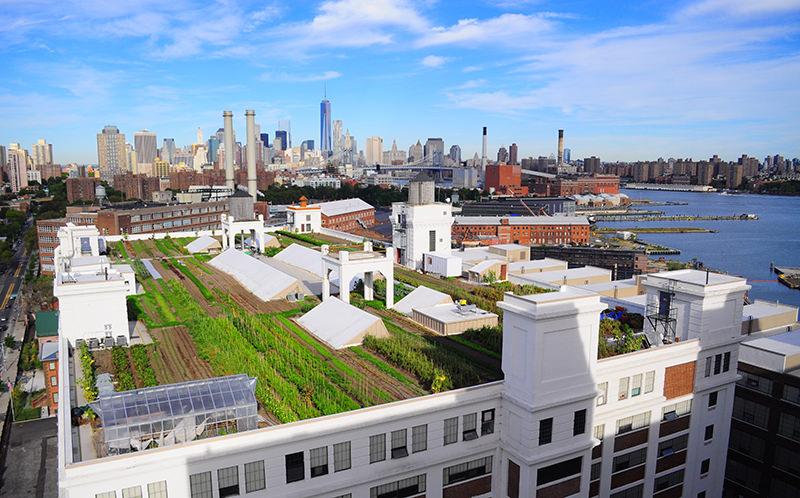 Farming doesnâ€™t get much sexier than working the soil high off the ground just steps from all the action of the city. But as enticing as you may find rooftop farming to be, how does it pay bills?

A city rooftop can be an extremely hot, cold and windy place to grow food. Plopping a greenhouse on it would take care of the climate challenges, but itâ€™s also expensive to build and raised concerns about building codes. Container, raised-bed and row-crop rooftop farming are less capital-intensive to create, but theyâ€™re exposed to the elements. Throw in the short growing season and the roof rents in a place like New York, and the challenges multiply.

To urban-farm profitably, you need to use a different part of your brain, says Lauren Mandel, a Philadelphia-based rooftop agriculture specialist and author of Eat Up: The Inside Scoop on Rooftop Agriculture (New Society Publishers, 2013). “Itâ€™s a whole different ballgame up there on the roof.â€ť

And yet many farms are making a go of it, some by operating outside the box. One of those is New York Cityâ€™s Brooklyn Grange, founded in 2010 and self-described as the worldâ€™s largest rooftop soil-based farm. 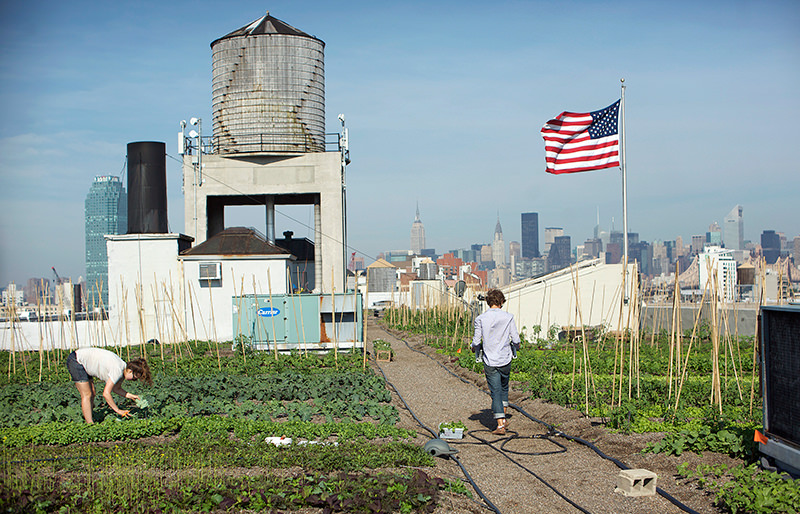 It all started with a plan to build a 43,000-square-foot row-farming operation on a roof in Queens with a bare $5-per-square-foot budget. The wannabe farmers needed to raise $200,000 but the angel investor they hoped would write them a fat cheque in exchange for part of the business never materialized. So they had to get scrappy about financing, says co-founder Ben Flanner.

Via a Kickstarter campaign, Brooklyn Grange offered $10 donors the chance to have a bee named after them. They then took on small five-year loans and sold a chunk of their company to investors in 1-percent increments. They also held fundraisers at various restaurants. Beyond contributing $20,000 to the pot, these events won hearts and minds and got people invested in the farmâ€™s success, Flanner says. Then with the added help of low pricing from suppliers eager to participate in an exciting urban agriculture project, and with the free labor of friends and volunteers, the farm finally got built.

When the time came in 2012 to seek funding for their second, 65,000-square-foot farm, Brooklyn Grange tapped into a storm-water infrastructure grant from the New York City Department of Environmental Protection. The grant funded almost 75 percent of the construction budget. Other cities also offer incentives to urban farms, including tax credits and abatements, subsidies, construction rebates and floor-area-ratio bonuses, which allow developers to add extra square footage in exchange for building rooftop farms.

Once a farm of at least an acre is built and well-managed, farming income should cover a small amount of roof rent and overhead costs, including a farmerâ€™s salary, Brooklyn Grange co-founder Anastasia Cole Plakias says.

Successful farmers learn to be choosy about what they grow. Quick-growing crops, like greens, radishes and herbs, or even high-value, slow-growing crops, like tomatoes and peppers, can earn their keep. But low-value, slow-growing or high-labor products, such as carrots, onions, garlic and beans, put a dent in profits. “You canâ€™t be growing cabbages or cauliflowers or Brussels sprouts or even broccoli, really, and keep up with the bills,â€ť Flanner says. 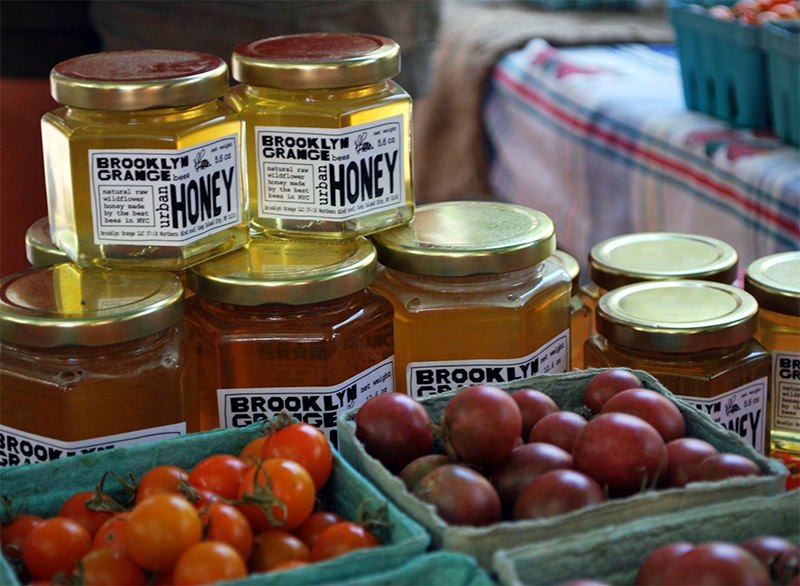 But even when a rooftop farm routinely sells out of everything it produces, it may still need some entrepreneurial creativity to boost the bottom line.

Savvy rooftop farmers exploit the cool factor of their operations with appealing branding and plenty of social-media marketing. Slapping a label on a value-added product, such as honey, can net big marketing dividends. Customers pay for the product once, then see the label over and over again every time they open their cabinet. “[As a farmer, youâ€™re getting a ton of bang for your buck, especially relative to a carrot, which doesnâ€™t have your name on it,â€ť Mandel says.

Early on, Brooklyn Grangeâ€™s founders harnessed their roofâ€™s potential to do more than just grow vegetables. They now conduct workshops and classes on the roof, such as kimchi making and yoga. Theyâ€™ve even hosted a wedding.

They also sell their green-roof expertise via the budding design and installation arm of their business, which goes so far as to offer clients fundraising and grant-writing services. Design and installation will in 2015 outpace produce sales as the companyâ€™s largest revenue stream, leaving those sales in second place and events in third.

Beyond Dollars And Cents

Profit is key to staying in business, but if it were the urban farmersâ€™ only motive, theyâ€™d do better to set up in the countryside, where costs are lower. Instead, many urban farmers have a complex set of goals that go beyond profit to include benefitting the planet and people, as well. Virtually any rooftop farm addresses the planet goal just by its transformation of an unused roof space into a storm-water-absorbing patch of green that brings local food to local tables without long-distance trucking or shipments by air.

The people part can be more difficult for busy farmers to accomplish. For that, Brooklyn Grange created the nonprofit, “City Growers,â€ť which has so far shepherded 15,000 children up to the roof to show them where their food comes from. “Seeing kids on the farm engaging with food and farming in positive ways is super rewarding for us,â€ť Cole Plakias says.

By the end of this growing season, Brooklyn Grange Farm will have once again soaked up city storm water, helped lower the urban heat island effect, shared green space with urban children and adults, and taught people about food and farming, all the while organically producing about 50,000 pounds of food in the heart of the city. And if their diversified urban-farming business model is as financially sustainable as it appears, they should be back to do it all again, growing season after growing season.

Michelle Adelman is an independent journalist writing stories on health, the environment and food. She is based in Toronto, Canada.