One farmer gives his predictions for the evolution of our food system in the coming decades. 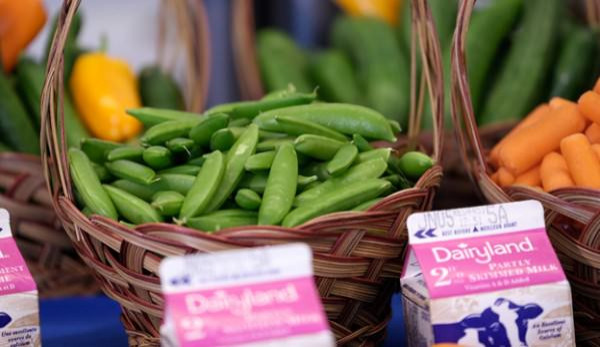 Itâ€™s both exciting and daunting to think about what the world of food might look like by 2050: the food we eat, the food we grow, the food we want to eat and can no longer grow. Itâ€™s exciting because as more and more people discover the folly of fast-food cultureâ€”on both our environment and our healthâ€”demand for good, local food will continue to rise. What affect will a predicted population of 9 billion have on farmers ability to supply that food? That’s the daunting part.

But we decided to take a stab at it anyway and see what, based on current projections, our food might look like in the coming decades. A lot may changeâ€”and a lot needs toâ€”but thatâ€™s not to say everything will. Nonetheless, thereâ€™s one thing we know for certain: People will still be eating in 2050. So let’s get to it.

“World meat production is projected to double by 2050,â€ť according to the U.N.â€™s Food and Agriculture Organization. That being said, both access to meat and the types of meat we eat may change significantly in between now and then. In terms of both animal welfare and environmental stability, they have to.

Agricultural runoff from factory farms, which currently provide nearly 99 percent of our meat supply, creates a third or more of our greenhouse gasses, pollutes our waterways, and contributes to antibiotic-resistant diseases while incubating disease in general. This is unsustainable farming.

For that reason, more of the meat that will be available by 2050 years will likely have to come from smaller farmsâ€”and maybe even smaller animals scaled to fit those farms, such as assorted fowl, rabbits, goats and sheep. And it will not likely be as cheap as the meat of today, but hopefully it will be far more environmentally friendly and healthful.

Overfishing is already causing severe issues within our oceans with no real signs of stopping. Although I hesitate to use the term “fishless oceans,” some scientists predict there will be no fish coming from the sea by 2050. Most of the fish we will see by 2050 will come from aquaculture farms, which is providing nearly half of the fish we already eat. Because so many of these fish farms are managed much like other factory farms, there are a lot of environmental concerns created by them through pollution, antibiotic use, animal welfare and runoff. Fish farming can be done sustainably, as demonstrated on Veta La Palma in Chef Dan Barber’s book The Third Plate (Penguin, 2014) and his TED Talk, but perhaps never to the level needed to meet the demand for fish expected by 2050. Like meat, fish may be more expensive and consumed considerably less in the future, but also like meat, that doesn’t have to be a bad thing. We could all use to eat more fruits and veggies.

Few things beyond pests and blights will cause a big shift in the fruits we eat, but those are not to be brushed of as incidental. If the greening blight in citrus is not disrupted, we may see fewer or next to no oranges, lemons and nectarines. In the last decade, the greening blight has reduced the citrus harvest by more than 60. Without a solution, it is not likely to stop.

Of course, another area we need to focus on is keeping the bees and other pollinators alive to pollinate those fruit trees. Global Research reports: “In the last half decade alone, 30 percent of the national bee population has disappeared and nearly a third of all bee colonies in the U.S. have perished.” If we don’t do something about that, we could see dramatic declines in our access to fruits (and vegetables and nuts and honey) by 2050.

If urban sprawl continues to consume 50 acres an hour worth of our farmland, we will see a considerable need for more urban farms, rooftop agriculture and even indoor farming to supply our cities with the fresh food they need. We will also perhaps see more interest in foraging in parks, not only due to the health benefits of foraging but also to the increasingly mainstream state of it. The affordability of foraging doesnâ€™t hurt either. Itâ€™s hard to say what crops will be in vogue in the way kale is today, but it is likely that with a decrease in cheap meat, we will be eating more fresh vegetables in general.

Nuts are an incredible source of protein, and weâ€™ll need considerably more of them by 2050. If we plan to keep nut around, again, we have to protect our pollinators. Without them, no flowering crops exist. Otherwise, we will be forced to hand-pollinate every almond, pecan or hazelnut we want to eat. The price of nuts is already out of reach for many low-income families, and this would only further increase that inaccessibility.

Water also must be managed better now to protect the fruit and nut trees of tomorrow. Because many nut trees are heavy consumers of waterâ€”one almond is said to require 1.1 gallons of water, and each pistachio, 3/4 gallonâ€”the water and soil must be managed in a way that is both sustainable for the thirsty and growing population, as well as the trees themselves.