Florence ‘The Mindful Pruner’ taught me more than how to trim my trees; she provided powerful lessons in the making of a healthy tree. 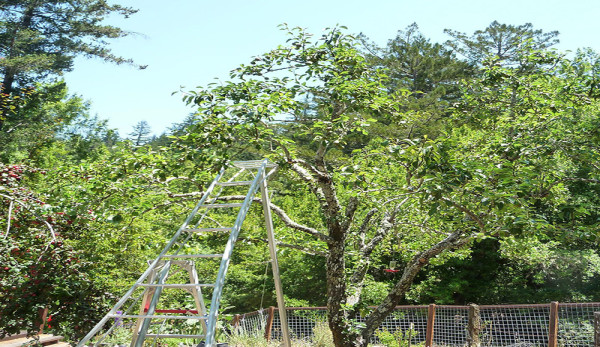 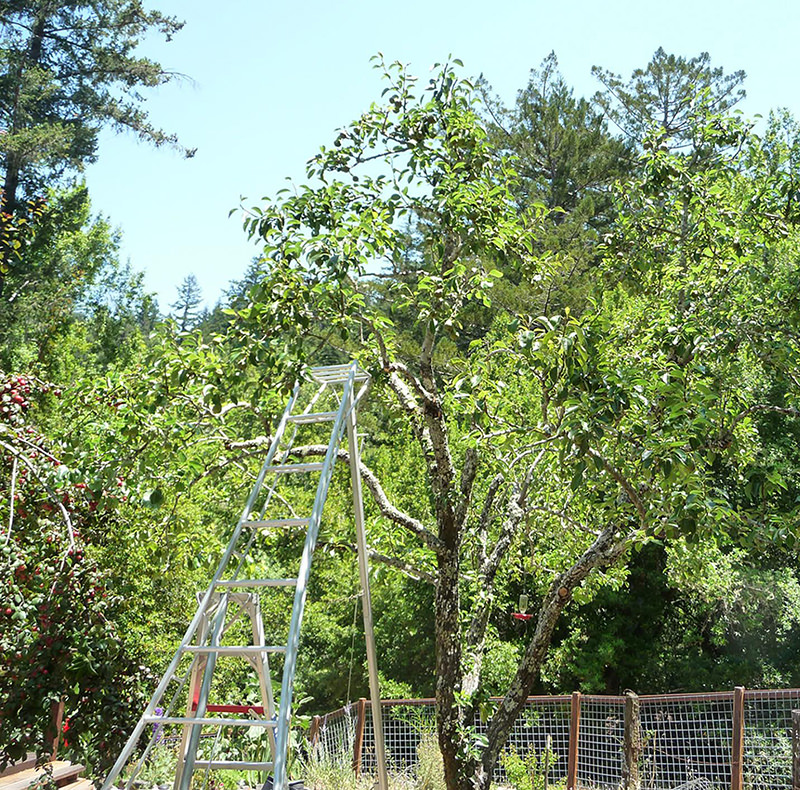 Despite the urgent need to eradicate fire blight from my adorable new quince tree and my beloved, ancient Bartlett pear tree, I quickly realized I wasn’t up to the task. Sometimes, like when the bathtub drain is leaking, you just need to call in a pro and not try to fix it with aluminum foil and some leftover Christmas ribbon. In this case, I needed a person who knew the ins and outs, the ups and downs, and the sideways of summer pruning.

This person came in the form of a small, trim woman named Florence, who bills herself as “The Mindful Pruner.” Let me immediately explain that a “pruner” is not, as you might think, one who makes and distributes prunes, but rather, a person who snips, saws and slices a tree into a pleasing and healthy shape.

Florence arrived and reviewed the fire blight disaster. The quince, due to its small stature and sparse growth, presented no challenge. But with the Bartlett, The Mindful Pruner had her work cut out for her. Nearly every branch showed sights of blight. It was overgrown, gnarled, and somewhat ferocious-looking. She stood in front of it, studying it in a manner that I can only describe as, well, mindful.

She stood there for a really long time. I mean, like really long. I went back into the house and read War and Peace, and when I came back she was still not done. Seriously.

Then she went to work. And this, my friends, is where all that mindful studying paid off. This tree, mind you, was a legitimate disaster. I was just hoping she could save it from the blight and in exchange, I was perfectly happy to live for a couple of years with a tree pruned into a shape resembling the horrendous haircut sported by Moe from the Three Stooges.

I have to confess that up until Florence strode mindfully into my yard, I’d never known that “summer pruning” was a thing. Pruning, in my mind, was something done in January to encourage new growth, reshape the tree, and keep one from going mad from cabin fever by giving one something to do other than bringing in yet another load of firewood or watching Seinfeld re-runs. Who prunes in summer? That’s just crazy talk.

Or so I thought.

Seems that the big difference is that while winter pruning encourages regrowth, summer pruning helps balance canopy and root structure, making for a nice solid tree structure versus a spindly, whippy mess. Who knew? Well, apparently, Florence knew. When she called me out to take a look, I was seriously amazed. The half-dead, tangled mess had turned into a graceful, spacious, umbrella of green, with nary a sign of fire blight. It stung a little to see the baby pears strewn across the ground, clinging desperately to bits of blighted twigs, but there were plenty left, dangling from healthy, happy branches. Hurray for Florence! Hurray for mindfulness!