If you’re traversing your property for other recreational activities, take a moment to help clean up invasive species and make your land a little bit healthier. 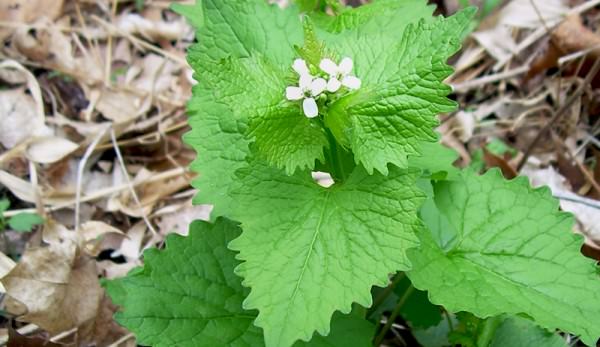 Standing on my back porch, I could see ominous clouds building over the western ridgeline. The reverberation of distant thunder was what scientists would call a “tactile sound”—it could be felt as well as heard. The initial gloom the approaching storm stirred in me was replaced by excited anticipation as two turkeys responded to the rumbling with timid gobbles. As the storm continued to build, the thunder came more regularly and the wild turkeys sounded off with more enthusiasm. The storm now seemed like a gift.

It was late in the evening and the birds were situated on a hilltop I knew well. I could picture them flying up to roost ahead of the storm and being perched there the next morning when I would hunt them. A new round of rumblings and the birds sounded off again and again.

Daylight found me within 100 yards of where I had heard the birds the evening before. I pulled a barred owl call from my pocket and let out a “Who-cooks-for-you …Who-cooks-for-you-all?” No gobble but a barred owl responded and came to me. His own beautiful sounds carried through the woods, so I slipped my call back into my pocket and listened. The turkeys heard the owl and responded in what I imagined was a rebuke to a predator who threatened them while they were chicks. The toms, now pushing 20 pounds and armed with inch-long spurs seemed to say, “Try to swoop in and grab us now!”

Unfortunately, the gobbles weren’t ahead of me as they should have been.

The plan had worked perfectly except for one key element: The turkeys hadn’t stayed put on the ridge like I thought they would. Either just ahead of the storm or while it was raging, they had crossed the valley and spent the night on the far ridge. In my mind’s eye, I could see them pitching across to their resting place while the rain came down in sheets and the lightening silhouetted them.

I headed down the ridge, across the creek bottoms and straight up the far ridge. But by the time I made it halfway up, the woods fell silent. Both toms were led away by a group of sweet-talking hens, I’m sure. That’s how my entire spring season went. I was always in the right place at the wrong time. Birds would answer my calls then drift away into the dogwood blooms and early morning fog. I spent mid- and late mornings walking ridge tops trying to locate a lonely gobble without success.

A Turn In The Hunt

It was on one of those mornings, when the hunt was winding down, that I came across a patch of wildflowers growing along a gas line right-of-way. I knew these plants were here. I had noted their location the year before. The first time I saw these plants I didn’t recognize them for what they were, but they grabbed my attention with their gaunt growth pattern, serrated leaves and delicate, white flowers. As someone who has worked with invasive species his entire career these plants had given me the, “these don’t belong here” vibe I often get when meeting an invasive for the first time. I later identified the plants as garlic mustard (Alliaria petiolata), an herb native to Europe.

The plants I was seeing at the conclusion of my turkey hunt were second-year plants. Garlic mustard is a biennial, meaning it takes two years to complete its life cycle. The first year there is only a ground-hugging cluster of heart-shaped (some would argue kidney-shaped) leaves. The second year, the plants push up tall, slender stalks and produce flowers. These flowers can yield large quantities of seeds, which can remain viable in the soil for years. To make matters worse, studies have shown that garlic mustard produces chemicals that inhibit the growth of other plants, including tree seedlings. Poisoning the competition and cranking out thousands of resilient seeds is a proven formula for success. The result can be a uniform stand of garlic mustard with greatly reduced species diversity. Wildlife managers will tell you that diversity is essential for species, like whitetail deer and wild turkeys. To prevent these homogenous stands, garlic mustard should be controlled.

Hand-pulling is a simple yet effective way to control garlic mustard. When pulling, you should remove all the root structure and, if possible, bag the plants rather than leaving them on-site. The day I was pulling, I was in a remote spot and there were lots of plants, so I piled them in a single location to reduce the risk of spreading seeds. As mentioned, garlic mustard seeds can remain viable for years, so you will need to check a location each spring for new plants. If you continue to pull plants before they go to seed, then eventually you will exhaust the seed bank and the population will be eliminated.

I want to stress the importance of knowing the laws for destroying vegetation where you hunt, especially if you hunt public land. If you are unsure, then you should speak with the game biologist responsible for your area. On private land you should share your plans with the landowner and explain the importance of controlling non-native invasive species before you pull the first weed. You also must be certain you have correctly identified any plants before trying to control them. There are native plants that can look similar to invasives.

All this info was in the back of my mind as I was looked down the gas line right-of-way. The day was pleasant and there weren’t any turkeys to chase, so I did what any responsible hunter/conservationist would do: I unloaded my shotgun and leaned it against a tree, slipped off my pack, and went to work pulling garlic mustard. Occasionally, I took a look around to make sure there weren’t any other hunters around to see the crazy guy pulling weeds. When I was done I stepped back and looked at the strip of ground now free from this ecological trespasser. It wasn’t as exciting as calling a turkey to the gun, but it felt pretty good. I’ll be back next spring and if the birds are off somewhere doing what birds do then I’ll check for new plants and get busy doing my small part to keep the woods happy and healthy.

Author’s Note: Garlic mustard is just one of many non-native, invasive plants on and around our property in West Virginia. There is Japanese stiltgrass (Microstegium vimineum) along abandoned haul roads, tree of heaven (Ailanthus altissima) on old clear-cuts, and multiflora rose (Rosa multiflora) and autumn olive (Elaeagnus umbellate) everywhere in between. Most have shown up in disturbed areas where heavy equipment has been used. Disturbed soil makes seed to soil contact much more likely, and dozers, excavators and log skidders can harbor weed seeds in any caked on mud or dirt. If you plan to have any work done on your property then my advice is to require that the contractor clean all equipment prior to starting work.

Justin Thaxton and his family live on and are currently rehabilitating 50 acres of long-neglected land near Charleston, W.V. When not clearing brush or building fence for his wife, Valerie's, menagerie of animals, Justin works as a biologist for the USDA.