How No-Till Farming Will Help You Save Water

Want to save money on your irrigation-water bill? Consider going no-till. 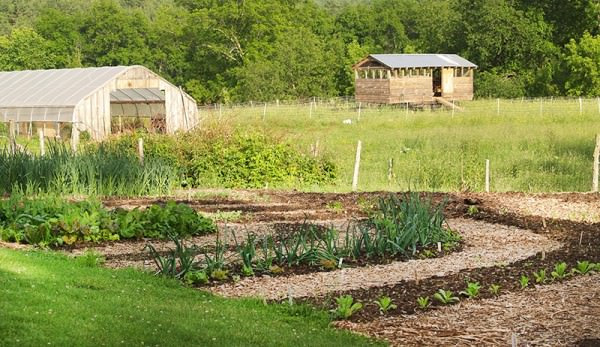 For more than 60 years, no-till farming has shown itself to be a viable way to prevent erosion while enriching the soil. But these are not the only advantages no-till has over tillage (plowing crop residues under). Planting directly into the stubble/residue from former crops also enhances the soil‚Äôs ability to hold moisture, drain excess water and fight compaction.

While soil is a complex system of organic matter and beneficial microbes, the Penn State Extension Service says we can think of it as a combination of solid mineral, organic particles and pore space. It‚Äôs this pore space that enables the soil to store air and water storage. Ideally, pores in the soil should hold equal amounts of water and oxygen, which are both essential for seed germination and growth. This is key to why it‚Äôs easier to manage moisture in an untilled garden.

In a no-till system, root fibers penetrate the soil, fractionating the particles and helping to aerate the ground. As fibrous roots and taproots decay, their space remains, offering a pathway for air and water to penetrate deep into the seedbed, making way for the next set of roots to grow. Tillage, on the other hand, breaks up this symbiotic cycle, eradicating the work previous crops have done to aerate the soil, pulverizing the surface and leading to bare soil‚Äôs tendency to seal off under rainfall, preventing full absorption. Furthermore, the weight of tilling machines compacts those particles, making soil pores even smaller and, therefore, less able to receive and hold water.

Wherever you see footprints or wheel tracks, you‚Äôre dealing with some level of compaction, which can lead to a 15- to 50-percent reduction in crop yields, according to the University of Nebraska-Lincoln Institute of Agriculture and Natural Resources. Thankfully, long-term no-till practices can improve compacted soils, building up organic matter and inviting faster water absorption while also allowing the soil to drain and be ready to plant or fertilize sooner after rainfall than land that has been plowed.

UNL conducted a four-year study specifically geared to discover the effects of no-till farming on soil moisture. In one test with a rainfall simulator, they found that they could apply 3.75 inches/90 minutes of continuous ‚Äúrain‚Äù before runoff started on the no-till ground. In contrast, the plowed ground took only 20 minutes for the water to start running off and only absorbed 1 inch. Especially in areas where rainfall is not plentiful, this is a significant difference.

No-till farming also slows evaporation of water from the soil by protecting the soil‚Äôs surface from sun and wind and creating an insulating layer that helps keep the soil cool, encouraging root growth. Crop residue also traps snow in winter. Traditional tilling methods, however, turn the soil, bringing the sub-surface moisture to the top layer, where it can easily evaporate. In fact, soils often dry to the depth that the field was plowed.

‚Äú[A]n average silt loam soil holds about 2 inches of plant-available soil moisture per foot of soil,‚Äù says the UNL extension. ‚ÄúTilling the soil can result in a loss of 1/2 to 3/4 inch of soil moisture with each trip.‚Äù They add that after multiple tillage passes, the loss of soil moisture could result in germination that‚Äôs not uniform.

Clay, sandy and silty soils all benefit from no-till farming.

Farmers whose soil has a high clay content are all too aware of its notorious compaction factors: heavy, prone to lumping, slow to drain. The good news is that finely textured soils, like clay, actually have the ability to contain much more organic matter than sandy soils due to the electrochemical bonds found in clay particles. Also, decomposition of crop residues is slower in clay, which means building up soil structure through introduction of organic matter is going to be easier.

‚ÄúOnce you get that little layer of humus on top, the clay actually responds better than lighter soils,‚Äù say farmers Dan and Gina Stokes in an article in the Wisconsin Agriculturist about no-till farming in clay soils.

The Stokes rotate forages, crops and cover crops, always with the goal of introducing organic matter into the soil to improve the structure. They use lighter-weight equipment and avoid working the fields when too much moisture is present. They also advocate the role of earthworms in helping improve soil as well: The worms ‚Äúpull‚Äù no-till residue down into the soil; plus, their tunneling works as a natural drainage system.

Combining no-till farming with cover crops to increase organic matter is another effective way to build soil structure. Taproots of some cover crops penetrate through compacted layers to facilitate moisture absorption and make pore space for crop roots to tap into and help break up compaction.

Sandy, large-pored soils present their own challenge. Not only do they not hold water very well, organic matter decomposes quicker in sandy loam. According to the University of Minnesota Extension Department, sandy loam rarely holds more than 2 percent organic matter. Traditional tilling methods that turn under crop residue speed organic decomposition, making it even more difficult to improve sandy soil structure. In addition, UNL‚Äôs study showed that with a bare sand and silt loam soil, ‚Äúsurface soil water evaporation can be as much as 30 percent of the total evapotranspiration (ET) during the irrigation season.‚Äù They found that the amount of evaporation from a no-till corn or wheat straw-covered soil surface amounted to 15 percent of the total ET, meaning you can save 2¬Ω to 3 inches of water per growing season.

No-till practices work well in many dryer areas of the world, but some people question its benefits for cooler wet regions, asking whether no-till will delay spring planting times.

No-till land actually tends to drain faster than plowed ground, and in reality, if a field is too wet to no-till plant, it‚Äôs too wet to plow, and soil compaction will occur. Ultimately, each soil type and field should be managed on an individual basis. The University of Missouri Extension says:

‚ÄúCover crops are often helpful on poorly drained fields when you are trying to plant early. Heavy surface residue can be lightly incorporated into the soil in the fall by drilling cover crops to aid drying in the spring.‚Äù

They go on to state that medium- to well-drained soils can generally tolerate heavy residue without hindering soil drying, and advocate growing cover crops to help keep spring weeds in check and protect the soil from erosion.

In their four-year study, the University of Nebraska-Lincoln found that the no-till plots saved 2¬Ω to 5 inches of water per year compared to bare-soil plots‚Äîsaving the farmer in irrigation costs.

Granted, building up soil structure through adding organic matter via crop residues, cover crops and topically applied materials is not a fast process, but farmers worldwide are finding that as they pursue this course, soil structure improves, diversity of soil organisms increase, and erosion, moisture and drainage are in check.