How Slavery Influenced The Food We Eat Today

The seeds we sow in our gardens have a deep history that isn’t necessarily a pleasant one. 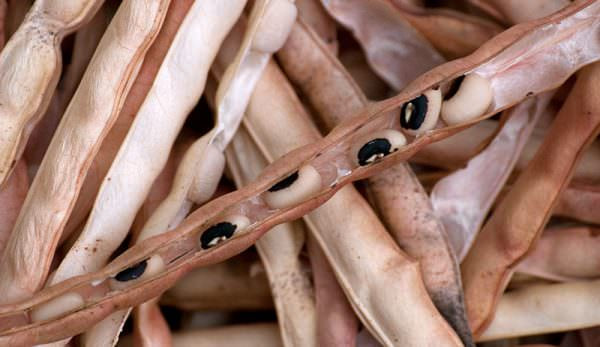 Imagine being stolen from your home, forced to leave behind every physical scrap of connection to your land, your people and your family. What could you possibly take with you that wouldn’t be discovered by invasive, cruel inspections? Perhaps a few seeds: tiny little kernels of life and hope.

Millions of slaves were brought to North America and some managed to bring a few precious seeds from home, nestled into the coils of their hair or tied into necklaces or bracelets. Think about life without some of these foods you may know and love:

These staples of our modern diets are part of our culture now because slaves smuggled them and cultivated them, sometimes in secret.

Angelique “Sobande” Moss-Greer, herbalist, certified holistic nutritionist and great-granddaughter of a slave, says that many slave owners would not allow slaves to have their own gardens. But many whites were afraid to go into dense forests, so that is where slaves could find a refuge from their masters and sow their own seeds among the wild plants. In concealed woodlands, slaves grew heirloom foods that traveled with them from across the globe. These foods would nourish them, remind them of their heritage and create a lasting legacy in their new communities made up of dislocated people from dozens of distinct ethnic groups.

Moss-Greer’s great grandmother barely survived aboard a slave ship that carried her pregnant mother. She began the harrowing journey as a fetus in her mother’s womb and arrived as a newborn. So many humans endured agony during the transatlantic slave trade, particularly this baby who was born in transition from freedom to slavery, and this, in Moss-Greer’s perspective, created a type of generational trauma. The scars live on, transmitted to descendants on a cellular level, and deep healing is needed, so Moss-Greer is taking what her elders taught her about herbal medicine and traditional foodways and using it to heal others.

Likewise, the seeds we plant hold all the genetic code for the coming generations: Nourishment. Belonging. Heritage. Food. Freedom. The slave seeds were hidden treasures holding a small but precious power. In this season of seed-saving, with just a brief pause before the season of seed-starting, take a moment to reflect on their heritage and significance.

Chew on that food for thought during this time between Thanksgiving and New Year. From the harvest-season corn and squash to the New Year’s black-eyed peas that bring good luck, there’s a deep history associated with the food we grow that must not be forgotten.