How This Farm Used Kiva Zip To Expand Their Business

Crowdsourced lending is one of the hottest funding options for startup farmers—though it may still cause you to grow outside your comfort zone. 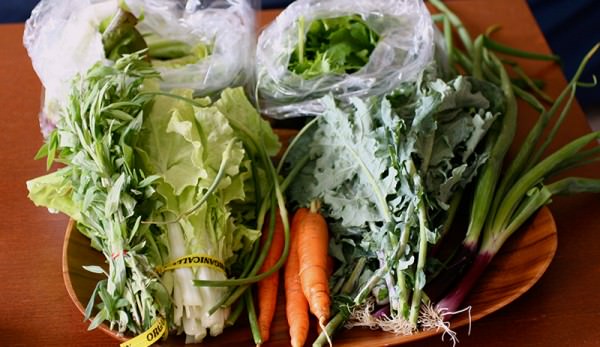 Over the past three years, I fell in love with a piece of land in Kentucky near the Ohio River, where I’ve worked as a farm apprentice and employee. To get to Barr Farms, you head west out of Louisville, and before you know it, you’re in paradise. And it’s more than just the farm and land that captured my affection—it’s the people who work that land and the community that eats off of it.

My friend Adam Barr moved there in 2006—followed not long after by his now wife, Rae Strobel— keeping alive a family tradition that was seven generations in the works. The farm has been around since the mid-1800s, but he brought new life to it—both figuratively and literally—when he jumped head-first into a direct-marketing business, selling a diverse array of organic vegetables, eggs laid in a school bus turned chicken tractor, and beef raised in conjunction with his uncle and his dad. Since their move from the city to a place where the closest neighbor is a good stone’s throw away, the farm quickly gained a prominent role in Louisville and Central Kentucky’s sustainable-ag community, and before they knew it, they realized their business needed to do some growing up to meet the area’s demand for local and organic food.

As luck would have it, at the same time they came to this realization, they were contacted by Seed Capital Kentucky, a nonprofit that creates programs to support area food and agriculture, which wanted to sponsor a small-scale, beginning farm for the crowdsourced-loan program Kiva Zip.


The Opportunity To Grow

With this opportunity, Adam and Rae could have taken the farm in several directions, but one need they kept coming back to was a packing shed—a place where they’d scrub up vegetable crops and store them until they toted out to market. Their harvest had rapidly expanded—more than tripling in the time that I spent on the farm—and having a bona fide, professional-grade packing shed would help them keep up with demand and to show their commitment to changing government-regulated food-safety practices.

Up to this point, I’d been helping them rinse and pack produce for CSA shares, farmers markets and restaurants in the carport attached to their house. The carport did the job but wasn’t outfitted to get the ever-expanding amount of produce to market quickly. Plus, being right outside of their infant’s window wasn’t the best spot for us—laughing and joking around as we packed vegetables into boxes—to do our work.

The Kiva Zip process started with Adam and Rae getting paired with a Kiva Zip fellow who vetted their operation. They decided to undertake a Kiva Zip campaign for $8,000 to pay for the bare bones of a packing shed—the foundation, plumbing and roof of a basic pole-barn structure—where they could cool, rinse, pack and store their vegetable harvest.

“It was the next big thing that the farm was working toward,” Adam says. “It felt like something large that we were going to need to fund. Kiva Zip seemed like a straightforward way to get funded, and the payback terms were nice—way better than a traditional loan.” Unlike standard loans, where they’d have to pay back interest immediately, with a Kiva Zip loan, they’d have three years to pay back their lenders at 0 percent interest.

Getting Outside Their Comfort Zone

Adam and Rae learned that getting involved with a Kiva Zip campaign is a lot of work—but it’s not work that any good business person shouldn’t already be undertaking.

As a businessperson, Adam found the first two steps to Kiva Zip success easy. However, social media is an area that he doesn’t typically dabble in.

“You don’t actually meet people when going after Kiva Zip lenders,” he says. “It’s all on the internet, and Kiva wants to involve you in their internet community. That was unexpected.”

Rae took over much of the social-media work in their campaign, giving her a chance to develop their farm story. The beauty of crowdsourced funding is that you get to present your farm as you see it—to talk about youself as an individual, not just a farmer, and let the world in on the grand plans you have for your business.

She and Adam decided to put their farm story’s focus on him, the seventh generation to live on the land and the head of their direct marketing. Crafting the whole message took some thought, though the online platform offered prompts and suggestions for possible email and social-media messages before, during and after the campaign, making the creative process a little easier.

“I spent quite a bit of time on social media and email leading up to launching the Kiva Zip campaign, just being sure that our message was right,” Rae says. “It’s not like I had a big marketing strategy, but I thought out what my different posts would be on different days and how they would evolve through the campaign.”

To start a Kiva Zip campaign, a business needs to bring in its own donors—family, friends, members of the community—to offer money toward the loan. After a certain percentage of the funds are raised from within your circle of support, Kiva Zip releases your campaign to the entirety of its international lending network. Rae sent about one email per day and made one to two Facebook posts on either her personal page or the farm page during the thick of the campaign, which really only lasted a few days.

They nailed the pitch: In just one week, they had the loan they needed to start work on the packing shed.

“It was really exciting,” Rae says. “One of the things I remember most is how supported we were by our community. We had friends of friends of friends commenting on social media and being excited about being a part of our farm and helping us to move forward as a business.”

“The nicest thing about Kiva is how easy it is to pay back,” Adam says. You use PayPal, and you get a reminder each month to be sure there’s money in your PayPal account. You press a button, and your lenders each receive a certain amount of their financing.

But once your campaign has been funded, your involvement with Kiva Zip isn’t over.

“They really want you to follow up with community updates,” Adam says, though he admits he hasn’t done a great job of this. This keeps lenders involved in your project and in the Kiva Zip community, encouraging them to potentially go on and support additional loans.

While Adam says he’s grateful for a lending platform like Kiva Zip—and he would do a crowdsourced-funding campaign again—the online aspect feels a little impersonal, as opposed to working with other funding avenues, such as traditional bank loans and other community-supported loans, like those offered by Slow Money.

During the time that I spent working with Adam and Rae, I was amazed to watch the growth of the farm and the business.

“We were doing a Kiva Zip loan at a time when we were evolving in our thinking about the farm business,” Rae says. “The farm had been a serious business for us for a few years, but this campaign went hand-in-hand with us really seeing the farm as its own entity with a budget and a business plan, as opposed to one that simply fit in with our lives and our lifestyle. The Kiva Zip process helped us to look at our farm business overall, to look at our lives and our story, and to further shape the big picture of where we’re heading.”

Seventh-generation farms in the rural U.S. are only a small part of Kiva Zip’s lending program. Most of its projects are in developing countries, helping people to build business that create livelihoods for themselves and infrastructure for their communities. As long as there are community members who believe in good, responsibly produced food, crowdfunded farming projects can thrive.