How to Enrich Your Chickens’ Diet This Winter

Grow supplemental winter treats to keep your chickens happy and healthy when they can’t free-range. 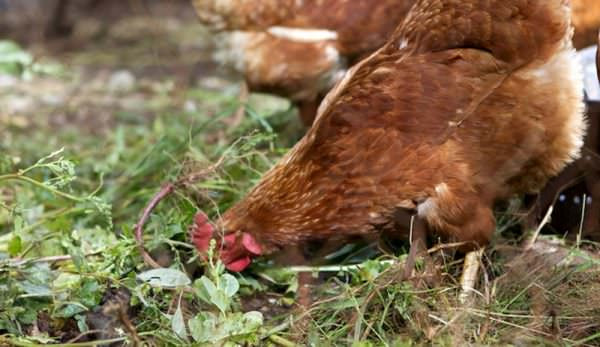 Chickens are omnivores with strong instincts to forage for vitamins, minerals, protein and oils found in the living grasses and insects they eat, to sustain life and to produce healthy eggs for would-be offspring. But, despite winter’s wonder, the season lacks fresh, living foods.

While grain-based feed is balanced for optimal nutrition as a main food source, feeding only commercial feed denies chickens some of their natural behaviors. Chickens can become bored during the winter months, and when they have nothing to peck but feed, they can start pecking each other instead.

Encourage natural behaviors during winter and decrease seasonal stress by offering sprouts and fodder grown in your kitchen. The fresh tastes of spring will boost the flock’s winter activity levels, keeping them warm and occupied during the coldest months. In the warmer months, forage can be sown directly in the run for in-coop enrichment all year-round.

Sprouts and Fodder
In Poughkeepsie, N.Y., Tina Gabel breeds, shows and sells Silkies and Nankins, in addition to keeping a few large layers. Her interest in healthful and holistic foods led her to try sprouting for her flock.

“The satisfaction of growing sprouts and fodder doesn’t end after the first jar,” Gabel says. “It becomes a nice hobby of sorts.”

She prefers sprouting soft, white wheat through fall, winter and early spring, and recommends the simple jar method of sprouting. “It’s so easy and fast, and the supplies are available at local stores.”

To sprout seeds in a jar, add 1/2 cup clover seeds, alfalfa seeds, wheat berries or even lentils into a quart-sized canning jar. Secure a double layer of cheesecloth over the jar’s mouth with the band. Soak the seeds overnight, then rinse through the cheesecloth at least twice a day for two to four days, draining upside down between rinsing. Gabel drains hers slightly tipped in a dish drainer, but if you’re short on space, place the jar upside down in a small dish. Slow the growth process by storing finished sprouts in the refrigerator until you’re ready to use them, continuing to rinse occasionally. 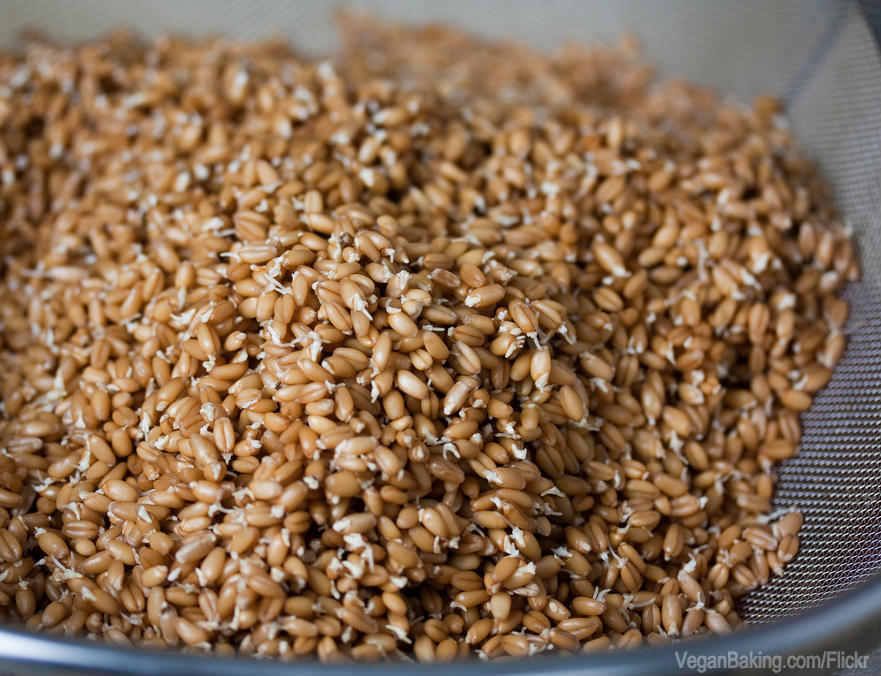 Sprouting seeds packaged for human consumption are usually labeled Certified Organic, while conventional seeds might be treated with chemicals that make their sprouts inedible. Even if you don’t feed your chickens organic feed, sprouting organic seeds ensures they are appropriate for human consumption and safe for your flock.

To grow fodder, simply grow your sprouts longer. After three or four days of sprouting, transfer the sprouts to another container, such as a colander or a bowl. Continue gently rinsing the fodder at least twice a day, and drain well. Within a few more days, the roots will intertwine to form a thick mat topped with lush greens resembling sod. Once the mat forms, flip it onto your hand to rinse the bottom, let it drain and return the fodder to its container. To serve to chickens, tear off a small section at a time, trim greens from the top or present the entire mat for the flock to peck at their leisure.

“We harvest fodder for the bantams by cutting 1/2-inch pieces for them so they don’t get impacted crops,” Gabel says. “The large fowl are given chunks of fodder, which they love to grab and carry around.”

Foraging for living foods in the winter keeps chickens happy and ensures that the eggs laid during the off-season are as healthy as possible.

“By supplementing the diet with soft wheat sprouts, hard wheat fodder and fresh vegetables and fruit, along with some seeds and supplements, we can help fill any possible nutritional gaps,” Gabel says.

While she grows her sprouts and fodder, daughter Lindsey makes a supplement “pizza” for the flock year-round, with layered poultry conditioner, black oil sunflower seeds and a sprinkle of probiotics to help keep the show birds in tip-top shape.

Once she discovered the ease of growing treats hydroponically, without a greenhouse and soil, growing sprouts and fodder became a hobby that Gabel shares with other chicken owners.

Coop-Side Forages
For chicken keepers raising their broods in cities or areas where flocks are more vulnerable to predators, free-ranging for forage can be inadvisable or impossible. For these chickens, the lack of living foods isn’t only a seasonal problem, but one that plagues the coop environment the entire year.

Sherry Fischer can’t let her flock of Silkies forage in her yard in Fort Bragg, Calif., so she decided to bring the yard into the run.

“I became interested in enrichment in the coop and run when I found myself envious of people who were able to free-range their chickens,” she says. “I expressed concerns with a friend about the flock’s mental and physical well-being while kept in a pen.”

Fischer began hanging pots of edible nasturtiums inside the run and planting strawberries out alongside the run where her Silkies can help themselves to the forage that grows within a beak’s reach. She even grows forage right inside the run. Her grazing frame, a shallow raised bed topped with framed chicken wire, allows her lightweight Silkies to munch on the clover and mixed grasses growing through. For large layers, a grazing frame requires hardware cloth to support their weight over the forage.

Through her diverse social media network, Fischer encourages other chicken keepers to grow supplemental foods and forage inside their coops and runs, or to grow it elsewhere and serve it in a natural way. One of Fischer’s foraging tricks is stuffing freeze-dried mealworms into cracks in logs and around rocks for the chickens to find.

She assures that providing some enrichment in any coop is easy and beneficial. “It’s not hard to be kind and caring, and to provide a stimulating environment for chickens,” she says. “It can be easy.” During the winter months, Fischer sometimes even bakes for her flock. “Veggie-filled corn muffins topped with mealworms—yum!”

High-quality nutrition and a pleasant coop environment are important to many modern chicken-keepers. As Gabel treats her chickens to sprouts and fodder while they wait for spring, and Fischer’s flock enjoys foraging inside the run, each chicken keeper creates a superior quality of life for her livestock. What it takes, Fischer says, is “just seeing to it that they have the opportunity to find and work for some of their own food, access fresh greenery and function as a flock within a combined area.” Offering living foods, such as sprouts, fodder and purposeful forage, is a simple gesture to increase a flock’s quality of life. The once-offbeat hobby of chicken keeping continues to evolve against the grain.