How to Find a Responsibly Raised Turkey

This Thanksgiving, give thanks for a dinner that includes a turkey raised ethically on pasture by a local farmer. Here's how to find such a bird. 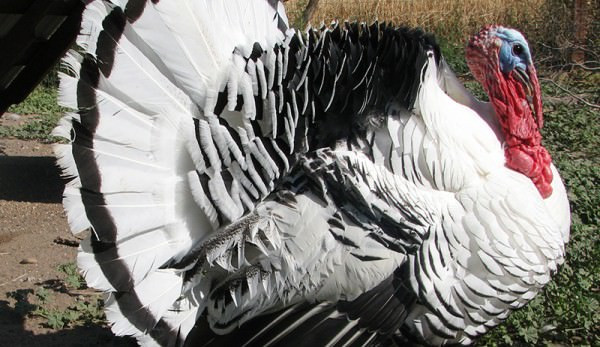 As someone concerned with food choices, you probably line your holiday table with organic sweet potatoes, greens from your garden and bread from a local baker. It might be time to take your sustainable-food commitment a step further this year with a responsibly raised turkey for Thanksgiving. This poultry is pricier than the confinement-produced turkeys you find at the grocery store, but there are reasons to consider making the switch that you might weigh heavier than price.

Your definition of a “responsibly raisedâ€ť turkey might differ from those of some of your relativesâ€”and if they’ve traditionally been the ones to provide the Thanksgiving turkey, you might have some convincing to do. Gillian March, co-founder of the fair-food organizationÂ Vital Awareness, defines a responsibly raised turkey as “one that is free-roaming on pasture, engaging in its natural behaviorsâ€”pecking, scratching and foraging for insects and eating an omnivorous diet.â€ť

Additionally, she says, slow-growing heritage-breed turkeysâ€”think Bourbon Reds and Jersey Buffsâ€”are a better choice over the commercial Broad-Breasted White, as the commercial variety has been developed over time to grow a large breast extremely fast. Itâ€™s body, frame and organs cannot support this type of growth, and therefore, itâ€™s confined and doesnâ€™t thrive well on pasture.

Knowing that you purchased a turkey that was raised as turkeys exist in nature is a good enough reason for some people. Others want pasture-raised turkeys for their richer flavorâ€”meat is influenced by the animal’s diet. And more people reach for turkeys not raised in confinement because of concerns over unnecessary antibiotic use in industrially farmed poultry.

Further setting apart heritage-breed birds from commercial-breed birds, the heritage meat is a darker color, and the birds tend to be smaller, which, March points out, can lead to less waste.

Depending on where you live, whether you’re going for a heritage-breed turkey or a commercial breed that’s been carefully managed on pasture, and who you purchase from, the price per pound and the size of a responsibly raised turkey varies. Heritage-breed turkeys are generally smaller but more costly than commercial breeds, so the cost could work out the same in the end. You should not be surprised to spend $100 on your responsibly raised Thanksgiving turkey. This is quite a difference from the free national-brand turkey that you might get as a bonus giveaway for loyally shopping at your grocery store. March explains the reasons for this difference:

Track Down That Turkey

You can’t walk into a typical chain grocery store and find a responsibly raised turkey, so it takes a little research to get the bird you want. Look to your local farmers first, of course. You can talk to them about how they raise their turkeys. You can probably find farmers who raise turkeys at your local farmers market, co-op grocery store, natural-foods store, or through a listing on EatWild.com or LocalHarvest.com.

“Also, a good place to start is The Livestock Conservancy, as they list the heritage-breed farmers, state by state. One can search out a farmer by location and place an order directly from the farm or from their retail outlet,â€ť March says.

When purchasing turkey through a grocery store, March says to look for the Animal Welfare Approved or Certified Humane labels. At Whole Foods Market, their Global Animal Partnership rating system lets you know how animals were raisedâ€”March says level 4 and higher is what you want.

As you’re giving thanks this year, consider and the people and the resources that go into producing your food. “ThanksgivingÂ is about gratitude, which for me includes mindfulnessâ€”purchasing a responsibly raised turkey is about paying mind to the way the bird has been raised and supporting those methods which are mindful of not only the welfare of the bird but the environment,â€ť March says. “It is about supporting those farmers who are paying mind to their responsibility as stewards of the land and farm animals.”