How to Get a Perfect Potato Harvest

This year’s potato harvest from my front-yard urban garden brought back childhood memories of digging up the tubers from a neighbor’s kitchen garden. 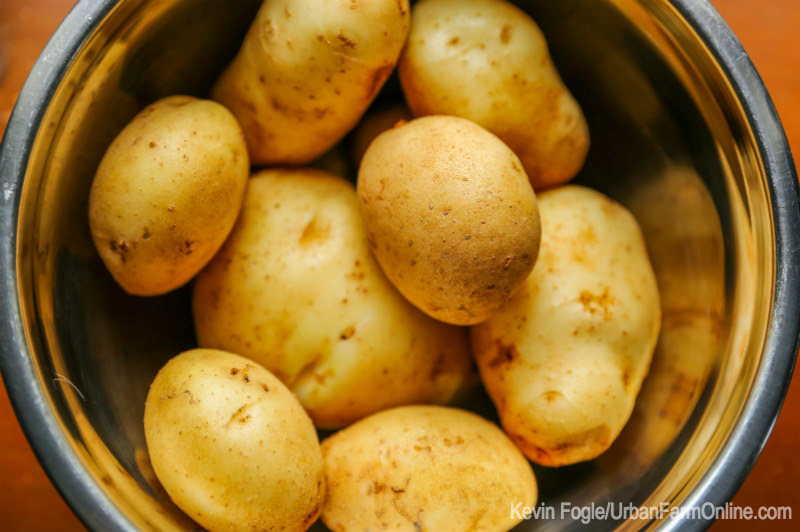 Turning the earth with my spade and searching for potatoes with my bare hands brought back a flood of childhood memories. Every summer my mother would take my brother and me to help an elderly farmer and his sister harvest from their large kitchen garden. Their potato crop alone would put my entire front-yard garden plot to shame. The farmer’s garden contained several 50-foot rows of large, tan potatoes—enough to fill their root cellar in the Blue Ridge Mountains for the fall and winter seasons. The potato harvest would take all day. My brother and I would inevitably return home exhausted; covered in hard-earned sweat and the dark mountain loam. 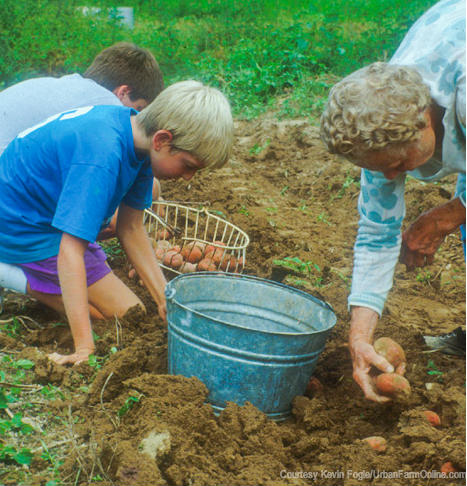 Earlier this month I harvested the potatoes in my small urban garden. The 4-by-4-foot potato plot produced well over 100 tubers of varying sizes. We’ve been using them in everything from scalloped potatoes to a French potato salad featuring tarragon, yet I still had enough to share with several grateful neighbors.

When considering which variety of potato to plant, I needed to take into account the harsh South Carolina summers, which bring high humidity, excessive heat and variable rainfall. I selected the Kennebec variety for my garden based on recommendations from the South Carolina extension service, which published a series of vegetable and fruit factsheets with recommended cultivars for gardeners and farmers in the state. 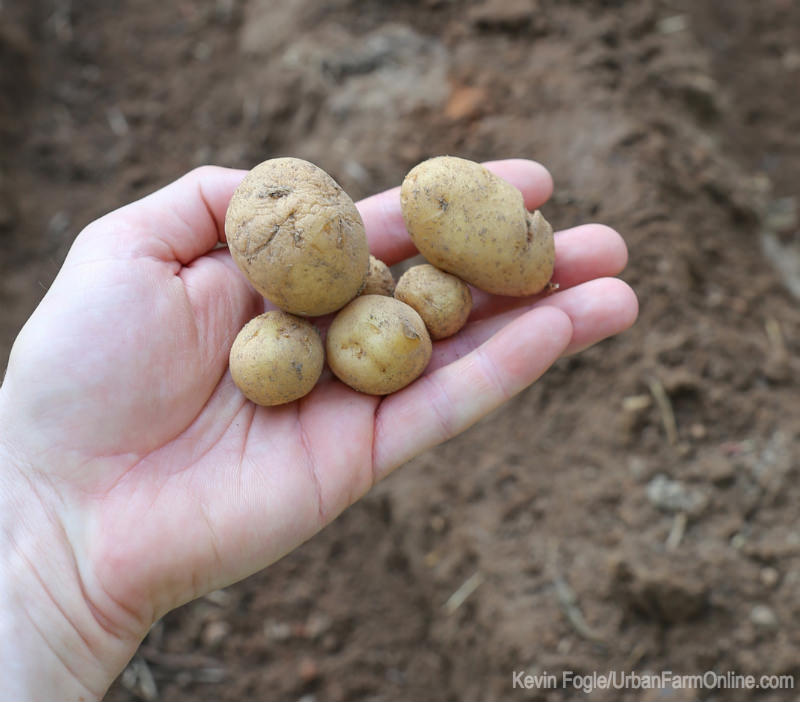 Kennebec potatoes are a large oval ivory-fleshed potato that reaches maturity between 80 and 100 days in most regions. Known for their thin, tan-colored skin and smooth regular surface, Kennebec are regarded as high-volume producers with good disease resistance to common potato viruses and blight.

When selecting the right potato for your garden, I strongly suggest contacting your local extension agent to see which cultivars thrive in your particular climate.

I ordered my seed potatoes online this winter and they arrived alive and well in the late spring. The seed potatoes were quite small (a little larger than a golf ball), so I planted the entire potato rather than cutting them. The potatoes were planted using the traditional hilled row method. I dug two trenches about 1foot deep and 3 feet apart, piling the excess soil along the edges of the trench. I placed the seed potatoes directly in the base of the trench every 12 inches and covered them with several inches of soil. 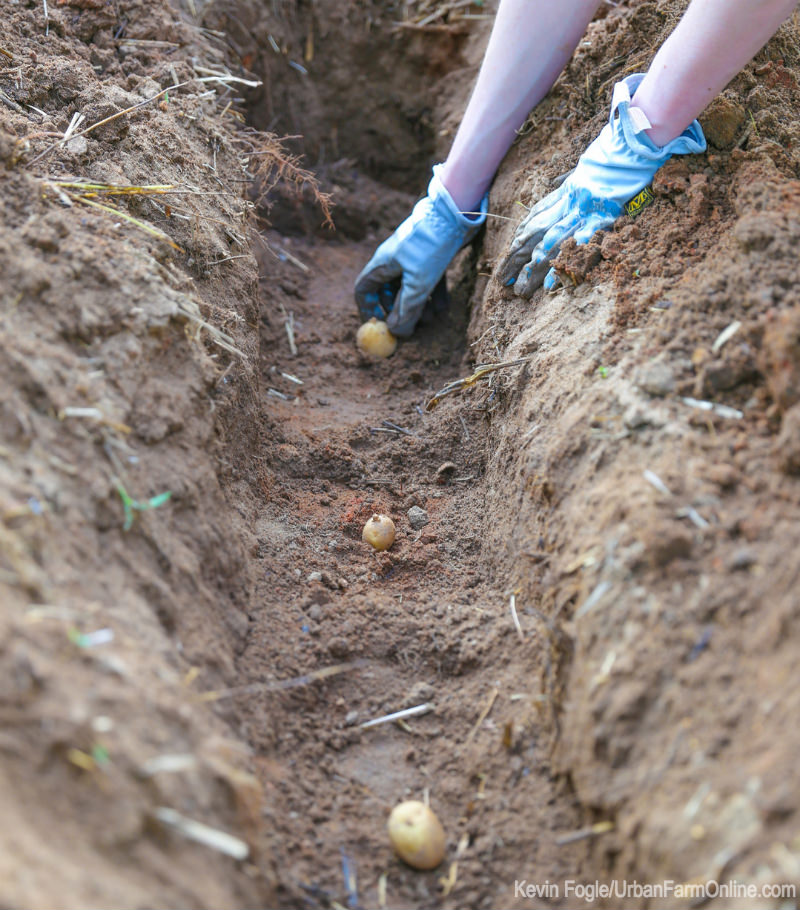 After the potatoes plants emerged and grew to about 10 inches, I added a couple more inches of earth into the base of the trench and continued this process as needed until the rows were eventually mounded.

Water potato plants the regularly during the warm months, but be careful not to overwater (which can rot the tubers) or water irregularly (which can lead to small or misshapen potatoes).

The hilling method worked particularly well in my sandy, well-drained soil, but for gardeners with less favorable soil conditions (i.e. rocky or clay soils) you should consider above-ground growing methods, such as raised beds or potatoes sown in straw-mulch hills. No matter your garden size, soil condition or location, there can be a successful potato harvest in your future.