How to Grow Cauliflower

Although difficult to grow, keep trying, and you'll be glad you did! 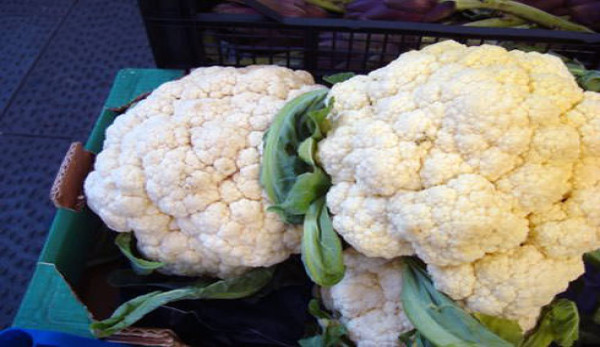 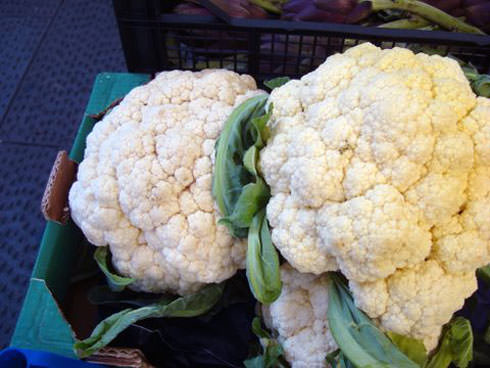 I found that if I continually plant cauliflower throughout the year, some of it is bound to pop up.

>Iâ€™m very glad I donâ€™t have to grow cauliflower commercially on a large scale, because it is what I call a “sometimesâ€ť crop: sometimes it works, sometimes it doesnâ€™t. Cauliflower deserves its reputation for being one of the most difficult vegetables to grow because irregularities in the weather can ruin a crop.

I say growing cauliflower is pretty easy because I use the “shotgun method.â€ť I plant cauliflower several times over the course of the year; sometimes it works and often it doesnâ€™t, but the overall effect is that we can harvest some cauliflower from the garden every year.

Of course, the best planting strategy, as usual, is to look around for someone in your area who does manage to grow nice cauliflower and then copy their practices by planting the same varieties at the same time as they do.

Experienced gardeners almost always know ahead of time what problems or pests might cause trouble, and they use preventative practices to avoid these problems. Once a problem has developed in a cauliflower crop, itâ€™s probably too late for any effective remedial treatments. So, if you see fungi ruining your crop, donâ€™t panic and spray with fungicides. Remember this problem and consider using a preventative treatment the following year.

In my area, there are so many cabbage butterflies that I would be an idiot not to spray my young cauliflower crops with bT when they are young. If I wait until I actually see cabbage worms on the plants, itâ€™s usually too late, and some deforming damage has probably already occurred on the developing heads.

Anyone who has tried growing cauliflower probably knows a number of the ways in which a crop can go bad. Too much heat or cold when the flowers start to form will often cause some sort of unacceptable deformation in the heads. Both nutritional deficiencies and excesses can deform heads. All of the main pests, such as fungi, cabbage worms and snails, can cause unusable heads. Too much sun can turn heads yellow or green and ruin the taste.

Cauliflower can be difficult to seed directly into the field because the seedlings are sort of picky. Buying seedlings from the nursery can also be problematic because, just like lettuce and many other plants, the best-looking seedlings in the nursery are the robust specimens, which can often be a bit root-bound. Root-bound cauliflower seedlings often switch from the green-growing phase into the flower-forming phase too quickly and produce stunted heads.