How To Grow Cucumbers

Grow a top-notch cucumber harvest with these planting and harvesting strategies. 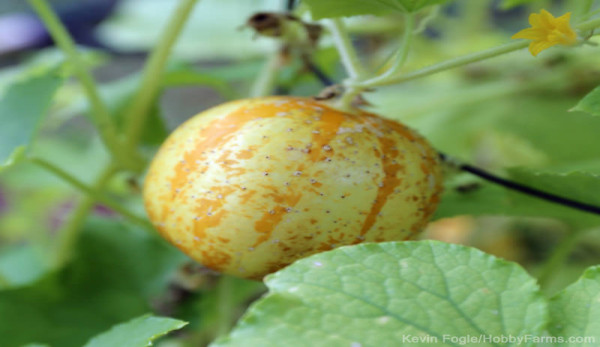 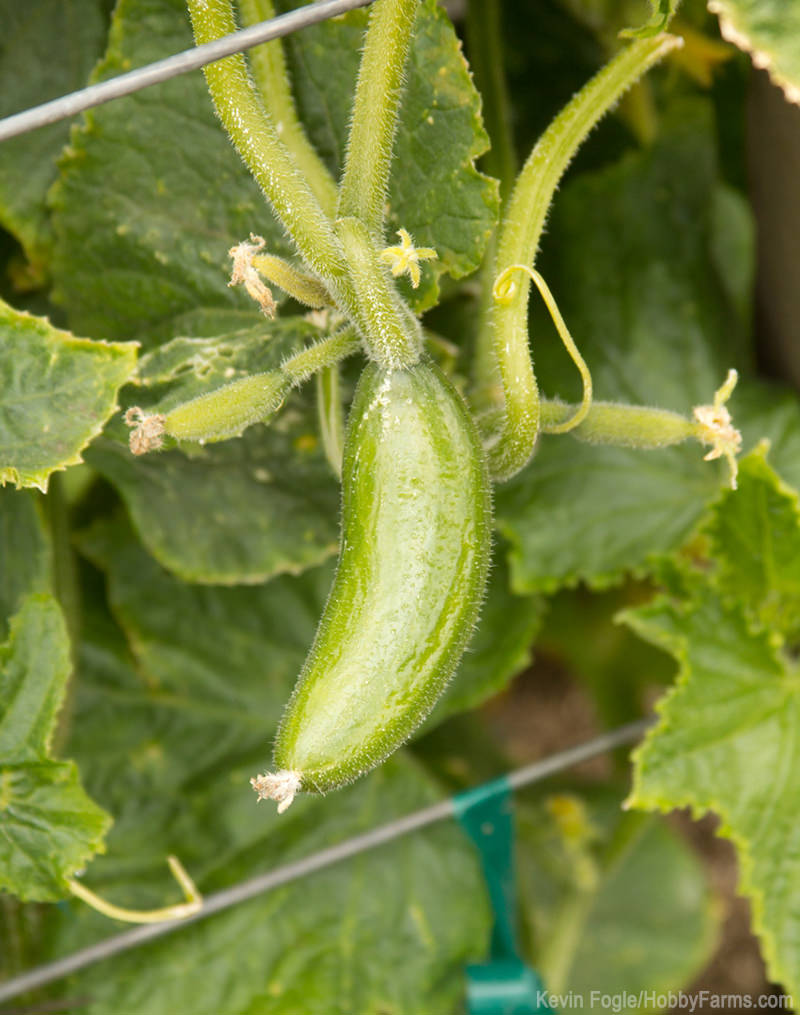 Cucumbers are one of the best crops for new and experienced gardeners alike, often producing bountiful harvests. The following are some basic guidelines for planting, maintaining and selecting a few traditional and non-traditional cucumbers for your garden.

Cucumbers thrive in loose, nutrient-rich soil with a pH between 5.8 to 6.8 and in a location that receives plenty of sunlight. Sow seeds 1 inch deep in rows 4 to 5 feet apart one or two weeks after the last expected frost, when the soil temperature has reached at least 60 degrees F but is optimally closer to 70 degrees F. As the seeds begin to germinate, thin rows to one plant every 10 to 12 inches. Bush cultivars and trellised plants can be slightly closer together. Follow the directions on your seed packet for planting details regarding specific depth and spacing for individual cultivars.

Giving cucumbers a structure to climb will keep your fruit off the ground and help prevent misshapen fruit from developing, while allowing air circulation to keep the plant healthy. Cucumbers grow well on A-frame trellises, but if you are in a pinch, a large tomato cage will do the trick. To avoid the trouble of building trellises, consider planting your cucumbers along an existing fence line. Even bush varieties will benefit from having a trellis or fence to grow on. 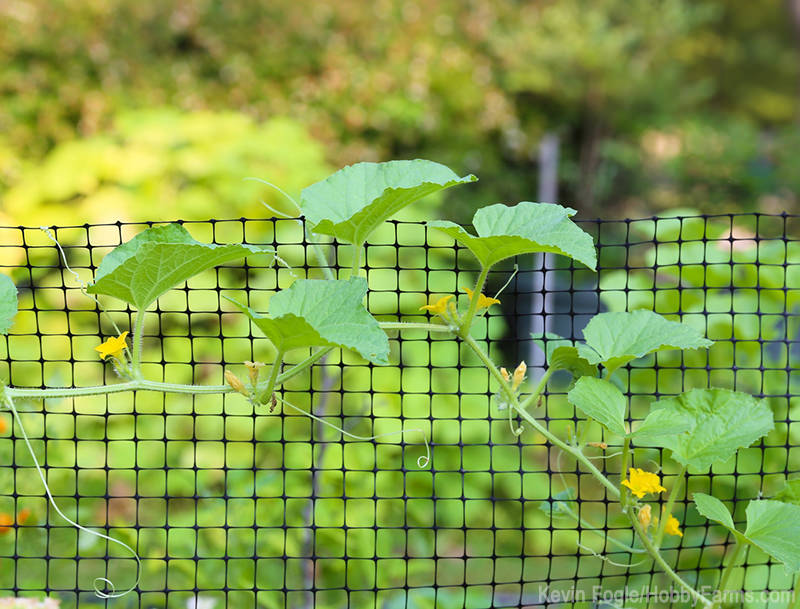 Cucumbers require regular deep watering to keep their shallow root systems moist. Mulching around the base of the plants will help keep even water levels in the soil even during the hot summer months. Mulching will also help slow weed growth around the plants, which can compete with cucumbers for water.

Common cucumber diseases include bacterial wilt, mosaic virus, powdery mildew and downy mildew. If your cucumber crop this year has problems with these issues, next year, look for a hybrid cucumber thatâ€™s been bred for resistance to these diseases. Insect pests, including whiteflies, aphids, squash beetles and cucumber beetles, can also harm cucumbers. 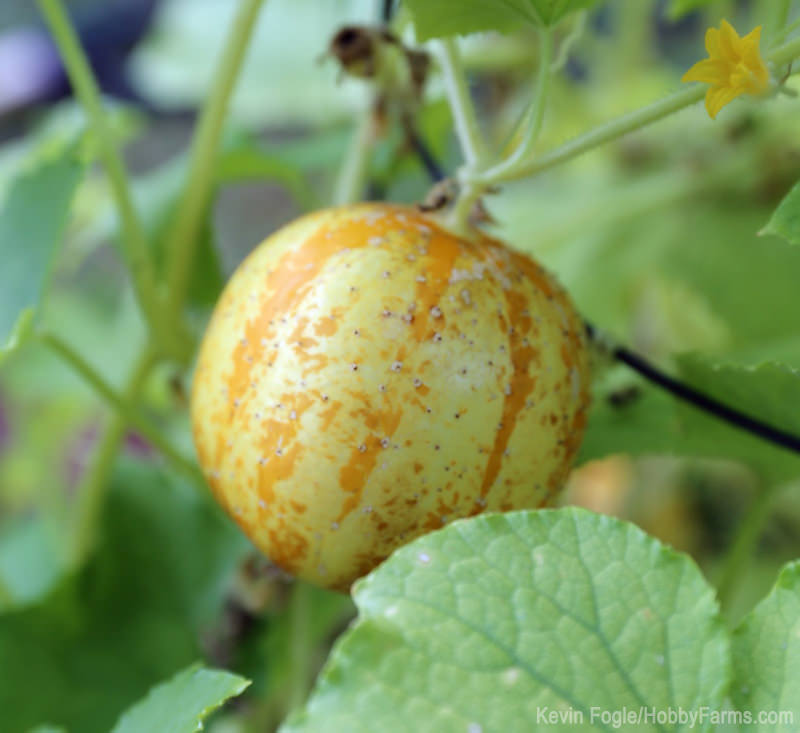 When selecting cucumbers, you are likely going to see several terms on the seed packet that may seem confusing, including slicers, pickling, burpless and gynoeciousâ€”multiple terms can even appear on the same seed packet. Understanding this jargon is essential to growing your ideal cuke, so hereâ€™s a quick beginnerâ€™s guide to get you in the loop.

Some of my favorite cucumbers to grow include:

I also enjoy growing heirloom cucumbers. One of my favorites, the lemon cucumber (pictured above), is roughly the size of a lemon that has vibrant, yellow skin and a rounded shape. Itâ€™s rather sweet and milder than a traditional cucumber. It has white flesh with a bright-green gel containing the seeds. When harvesting lemon cucumbers, watch for the small black spines that coat the exterior of the fruit. While slightly prickly, the spines provide a striking contrast of dark color against yellow skin.

Armenian cucumbers are another personal garden favorite, though theyâ€™re not true cucumbersâ€”theyâ€™re actually melons. Most varieties of Armenian cucumbers produce large, light-green, oblong fruit with shallow furrows that share a similar flavor profile to cucumbers when picked small at a length of about 8 or 12 inches. When left on the vine, mature fruits can easily reach incredible sizesâ€”some of the hidden ones on my fence last year were easily more than 2 feet long. These false cucumbers love the heat and make a great showstopper for your garden trellis or perimeter fence.

Get more gardening help from HobbyFarms.com:

About the Author:Â Kevin Fogle is a South Carolina-based freelance writer, photographer and gardener. Â