How to Grow Garlic

If you’ve got an itch to grow garlic, get started with these tips for producing a crop that grows well in your area. 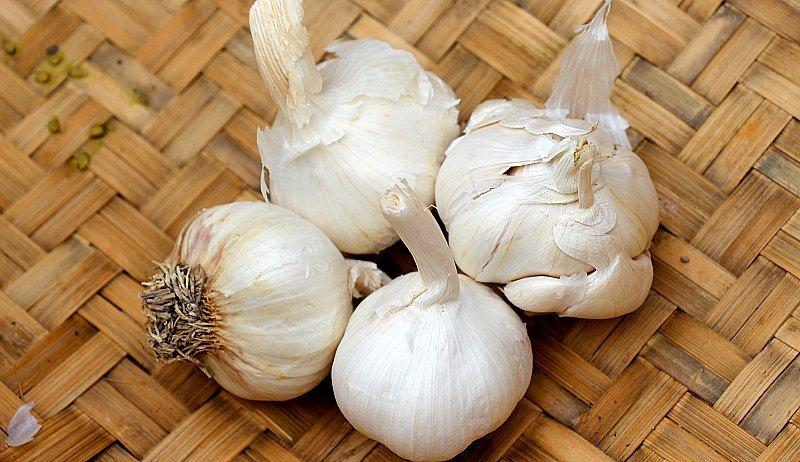 Garlic easily ranks as one of the top-five favorite kitchen seasonings on the planet, but growing garlic can be surprisingly difficult at times, especially if the wrong diseases hit your crop at the wrong time.

“Most small growers, especially new ones, fail to appreciate the high risks involved in acquiring and trading garlic seed,” says Dr. Fred Crowe, of the Department of Botany & Plant Pathology at the Central Oregon Agricultural Research Center in Madras, Ore.

Crowe isn’t exaggerating. Once a garlic field has been infected with white rot fungus, it can take as much as 40 years before the dormant infection disappears. Garlic can also be attacked by a nematode that breeds within the seed garlic for up to six seasons before the plants show any major symptoms, at which point it is not uncommon for the entire crop to be suddenly destroyed.

“[In the early 2000s], a group of 30 small garlic growers in Australia all went out of business together because they had been trading seed garlic back and forth among each other. Once the nematode levels reached critical mass, everybody’s crops went down at once,” Crowe says.

But that’s enough of the scary stories. In general, garlic is a reliable crop, not difficult to grow and if handled well, usually finds a ready market. Here’s what you need to know to get started on your garlic-growing venture.

The taxonomy of garlic is a bit muddy. As many as 600 varieties of garlic are grown around the world. Because garlic has been heavily traded among various countries, because no official registry and because viruses might make the same garlic species appear in different forms, many of the 600 varieties are undoubtedly duplicates with different names.

It is safe to say that there are two main types of garlic: hardneck (Allium sativum ophioscorodon) and softneck (Allium sativum sativum). The hardneck types, also called topset garlic, produce fewer but larger cloves, while the softneck types produce smaller but more numerous cloves. Most of the commercial garlic available in the supermarkets are softneck. Of the predominantly softneck commercial crop, 25 percent goes to the supermarkets and 75 percent goes to the dehydrating market.

Small-scale farmers, on the other hand, more often grow the hardneck garlic varieties. These typically do not store as well as softneck types, but farmers claim the flavor is better. There are three types of hardneck garlic: Rocambole, Purplestripe and Continental (also known as Porcelain). All three varieties tend to grow better in colder climates.

Hardneck garlic plants send up a central flower shoot called a scape. (Softneck types sometimes produce scapes, too, in times of stress.) The scape can be harvested and sold because it provides a tasty garlic product in the spring, when no other fresh garlic is available. Scapes left on the plants produce flowers that contain masses of bulbils that can be planted to create new garlic plants. Bulbils, produced in the scapes, are smaller than peas; the bulb, on the other hand, contains the cloves. Many small-scale farmers grow hardneck garlic on a two-year cycle, using the bulbils as planting stock instead of the largest cloves, as other growers do.

Softneck garlic varieties are not usually recommended in colder northern climates. The two main commercial garlic varieties, Californian Early and California Late, are both softnecks and comprise more than 90 percent of the commercial plantings in the United States. One reason hardneck varieties are less frequently grown commercially is that the cloves must be planted in an upright position, and this is a difficult task for automated equipment. Softneck garlic cloves, on the other hand, can be successfully planted at any angle.

A third general type of garlic is known as Elephant, or Buffalo, garlic (Allium ampeloprasum). This plant produces the largest cloves, has the mildest flavor, and is mainly used for roasting or stewing. Other types of garlic include Bear’s (Allium ursinum), Serpent (Allium sativum ophioscorodon), Round-headed (Allium sphaerocephalicon) and Shoshone (Allium falcifolium).

Garlic seldom produces true seeds, and crops are almost always planted from cloves or bulbils. When buying garlic cloves for planting, farmers should plan to pay a bit more for seed cloves from a clean source. Discounts on planting stock mean higher chances of the cloves being infected with viruses, nematodes or fungal diseases.

Growing garlic most often takes about nine months from planting in the fall to harvest in the early summer. In warmer areas, it is sometimes acceptable to plant garlic in the spring, though spring planting usually results in far lower harvests of garlic. When spring planting is desired, growers subject the bulbs to a vernalization period (false winter) through refrigeration for a month or longer.

Where winters are cold, garlic should be planted before first frost and should be heavily mulched. The new shoots that emerge in spring will not have any trouble poking up through even thick mulches. Good mulch also reduces weed growth and keeps the ground warmer and softer. In the warm seasons, mulch also acts as a good weed retardant and keeps the soil cooler.

In general, Rocambole garlic types produce a few large bulbils, while Porcelain types produce lots of small bulbils. When planted, these garlic varieties produce a small plant with a single round bulb at the base. These single bulbs can be replanted the following year, producing full-sized bulbs with many cloves inside. Many small-scale growers plant extra bulbils in order to harvest some in the spring. These young plants can be sold for fresh-cooking use at a time when no other fresh garlic products are available. Small farmers also often count on cutting some of the scapes later in spring in order to have a fresh garlic product to sell at that time. Scapes that are left to mature will take energy away from the developing bulbs, so it is a good idea to only leave scapes on those sections that are intended to produce bulbils for future planting.

While commercial garlic growers use mechanized harvesters, small-scale garlic growers usually harvest by hand. Freshly harvested garlic should be hung in a sheltered location to dry and harden. In California and other warm, dry regions, garlic can be stacked in the field to dry, but the bulbs are covered with the leaves to prevent sunburning.

Once the bulbs are dried, they may be moved to long-term storage locations. Garlic will usually store well for eight months or more if kept cool and dry. Moist storage areas often have problems with mold of the Penicillium genus.

This article was excerpted from the December/January 2004 issue of Hobby Farms magazine.