How To Grow Leeks In The Fall

Your growing season doesn’t have to end just because cool weather’s on the radar. Turn to leeks—a high-producing cold-hardy crop. 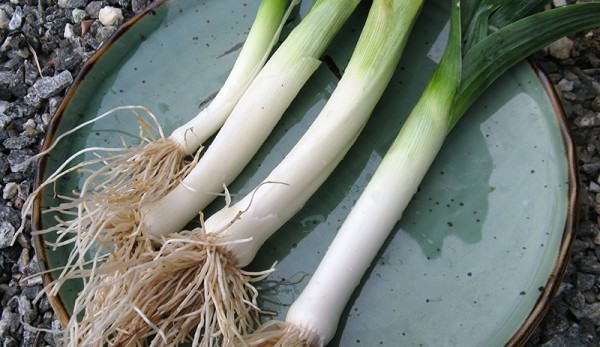 Delicious, nutritious leeks are easy to grow from seed—though they’re decidedly slow—and by including them in your garden repertoire, you gain a green vegetable that you can grow once the chaos of summer growing has passed. Leeks even grow in snow!

Not only do leeks stretch the gardening season, but they stretch your food dollar. At grocery stores leeks often cost $1 to $2 each or more, and a considerable amount of the store-bought leek may be tough and need to be cut away to reveal the tender white heart. By spending a few dollars on a packet of seeds, you could end up harvesting 20 pounds or more.

Homegrown leeks tend to be smaller than the jumbo leeks from the grocery store or farmers market. They may receive less irrigation and fertilizer in your garden than on a farm, and that can be a good thing, as you’ll waste much less waste of the vegetable. Your homegrown leeks won’t have so many tough or damaged outer leaves, and there will be less soil to remove from the between the many layers. (As leeks mature, gardeners typically mound soil up around the stems to blanch them, and a lot of soil seeps down into the plant.)

Leeks, rich in vitamins and protein, are good for more than just potato-and-leek soup. Caramelized leeks make a fantastic pizza topping, and they add a lot to soups and stews. They can be baked and topped with a cream sauce. Even the immature leeks in the garden can be used in place of scallions or garlic. The flavor is milder than either, and the texture when cooked can be almost creamy.

Leeks grow best in a deeply worked soil that’s rich in compost. They don’t like heavy clay soil. By turning over your garden soil to a depth of a foot or so, drainage is improved and the developing roots can easily spread out and harness nutrients from the soil. And they will develop attractive straight and thick stalks. If your soil is high in clay content, you can fix it by working in a lot of compost.

Your leek-planting schedule may depend on where you live. In the hot southern tier of the country, the soil may retain plenty of warmth right through the fall and into the winter months; seeds can go right into the ground and will grow through the winter for a spring harvest.

In the colder latitudes, you can plant leek seeds or seedlings started earlier, right in the ground in fall, but you might not see much growth at all until early spring. Then the developing leeks will pick up the pace and make steady growth, and you may be able to harvest before the hottest weather of summer.

Sometimes leeks that have gotten started already in spring will almost stop growing in summer, only to put on more growth in the fall; then you can harvest through winter. Be patient: Leeks can take six months or more to grow to full size.

Make sure that your leeks get plenty of even water. Blanch the stalks by mounding dirt around them as they grow. Try pulling an empty toilet paper tube around each one as a collar to keep them cleaner as you mound the dirt. Mulch with a thick layer of straw in winter. 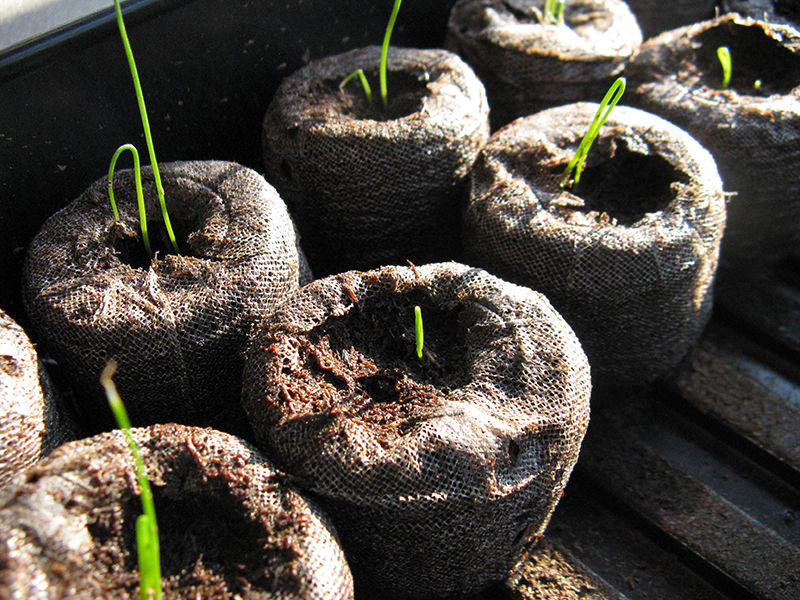 Unlike some members of the allium family—which includes onions, scallions, garlic, shallots, chives and ramps—leeks grow readily from seed. The germination rate can approach 100 percent.

Leek seeds are available from most seed companies, with packets containing from 50 to more than 300 seeds. Varieties include King Richard, American Flag (also called Broad London), King Sieg, the hybrid Megaton and Giant Musselburg. Some gardeners consider Giant Musselburg, which originated in Scotland, to be the toughest and most cold-hardy variety, as well as producing some of the largest leeks.

There are several ways to get leek seeds started. The first is to plant each seed in a separate little peat pot—the kind that expands when watered. Keep them moist, and when the plants are 3 to 4 inches tall, transplant them 4 to 6 inches apart into outdoor beds.

You can plant leek seeds directly in the soil, as well—again, 4-6 inches apart. Plant them very shallow, just barely covering with soil.

The third method is to sow the seeds thickly in the ground, where they will form a clump. When the plants are 3 or 4 inches tall, dig up the clump, carefully separate the seedlings, and replant farther apart. Leeks tougher than they look.

As you move into fall, don’t mourn the end of the growing season. When it comes to leeks and other cool-weather crops, your time in the garden has just begun.

Nan K. Chase is the author of Eat Your Yard! [www.eatyouryardbook.com] and co-author of Drink the Harvest [www.drinktheharvest.com]. She gardens and makes garden wines and ciders at her home in Asheville, N.C. Find her on Instagram at @drinktheharvest.