How to Host an Urban-Ag Forum

Give urban farming and local food a chance to thrive in your city by inviting election candidates to hash out their stances on the subject. 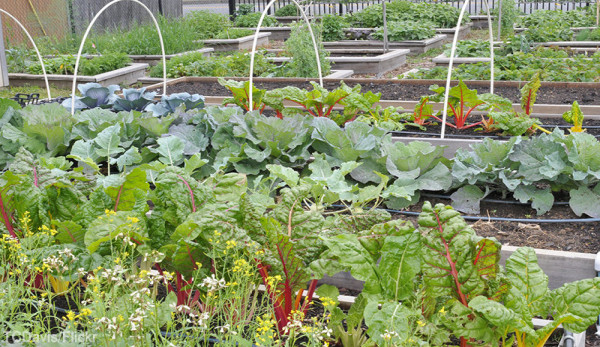 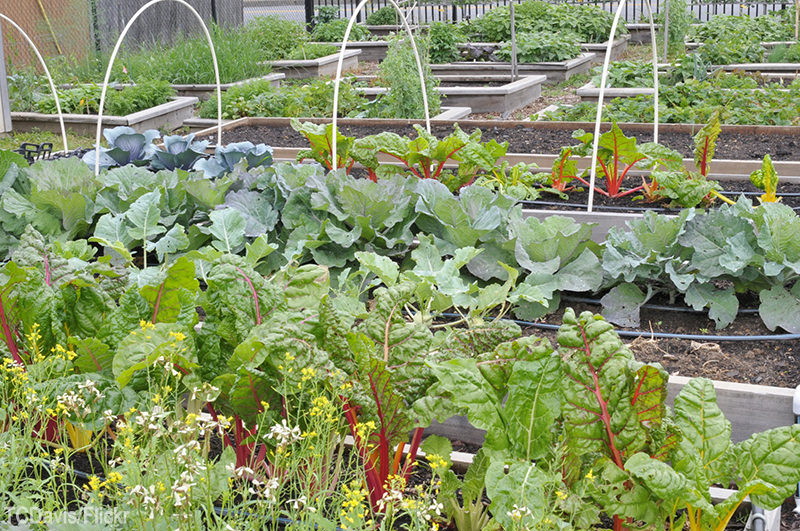 In Minneapolis’ 2013 mayoral race, 35 candidates had their hats in the ring. Unlike most U.S. towns, Minneapolis used a ranked-choice voting system, where each person votes for his top candidates rather than voting for one candidate out of a select few that made it to the ballot from particular political parties. It’s simply not possible to learn what you need to know about each candidate’s take on issues important to youŌĆötransportation, housing issues, environmental issuesŌĆöindividually, so various groups hold candidate forums, including a forum for urban farming and local food.

Eight of the city’s top mayoral candidates were invitedŌĆöone had a prior commitment on that day but another asked to joinŌĆöand 200 community members showed up to the Urban Agriculture Mayoral Forum to hear what these candidates had to say about the future of food in their city. It turned out to be the largest special-interest forum held during that Minneapolis mayoral election period. To be inclusive of the diverse population in Minneapolis, the forum and corresponding materials were translated into three other languages.

Minneapolis isn’t the only city to have done this, but they join the ranks of just a fewŌĆöSan Francisco and New York among them. Mayoral-candidate forums were held in each of these cities, and San Francisco also held the Your Food, Your Vote Forum in 2014 for the two candidates of the California State Assembly District 17 race, who were both serving public office on the San Francisco Board of Supervisors at the time.

As you’ll read here, hosting a forum is a lot of workŌĆöthe all-volunteer crew in Minneapolis put in more than nine months of effort to make their forum happenŌĆöbut the Minneapolis and San Francisco organizers, at least, say it was worth it. In Minneapolis, the new mayor is a local-food supporter, and six of the 12 city council seats were filled with new council members, ousting several council members who were opposed to urban farming. Forum organizer Russ Henry says there used to be just one council committee working on local-food issues, but now individual council members are spearheading their own urban-agriculture and local-food efforts.

“I just can’t overstate how much change was catalyzed through the work that we did on the questionnaire and forum,ŌĆØ says Henry, who is also co-chair of the Homegrown Minneapolis Food Council.

After the San Francisco mayoral election, the passage of Assembly Bill AB 551 created Urban Agriculture Incentive Zones in the city, and an urban agriculture program coordinator position was created in the city’s Recreation and Parks Department.

This sounds like a dream scenario for urban-farming communities everywhere, and it’s entirely possible to host a forum in your city or town, elevating your agricultural and food-systems issues in the eyes of politicians and community members and shaping a better future for them. Here are some tips to prepare for this huge undertaking.

As with any event, keep in mind that it’ll take time to engage the community, do your research and find the right moderator for the job.

“It is helpful to begin planning early, as in several months before the actual eventŌĆöwhich you will want to schedule several weeks before the actual election,ŌĆØ says Keith Tanner, co-coordinator of the San Francisco Urban Agriculture Alliance. “There are many logistical elements the day of the event, and though we had about a half-dozen individuals involved for months in planning, we had to enlist the help of many more volunteers the day of.ŌĆØ

Before the forum, Henry brought together urban farmers to develop five questions to send to everyone running for mayor, a city council seat and a spot on the city park board. These five questions got down to the heart of what the urban-farming community wanted to know and provided a springboard for the mayoral-candidate forum. Candidate’s responses were posted online, too, for anyone to access afterward.

Henry says the candidates were willing to provide answers, seeing this as a way to interact with yet another demographic. Jane Shey, coordinator of the Homegrown Minneapolis local-food program at the time the forum was being held, points out that candidates less willing to participate will feel pressured to answer once a few people start answering.

Research doesn’t have to come in the form of a questionnaire. For example, in San Francisco’s Your Food, Your Vote forum, there were no pre-forum questions, but a working group made of representatives from the San Francisco Urban Agriculture Alliance, the Center for Urban Education about Sustainable Agriculture and the SF-Marin Food Bank collaborated on topics and questions important to each group for the discussion.

“This helped provide a multifaceted element to the forum, as each group brought an equal number of questions to the forum that reflected the specific interests of their constituents, while room was left for additional questions to come from the audience, as well,ŌĆØ Tanner says.

3. Convince Them You’re Worth It

By doing the questionnaire first and then the forum, the urban-agriculture buzz was building around Minneapolis. “[Candidates] saw it affected a large number of voters, and it was an issue they wanted to be involved in,ŌĆØ Henry says.

Engagement from all areas of the urban-farming and local-food community is essential, both in showing the candidates that your cause is worth their attention and in bringing all aspects of food and farm issues to the forefront. “You don’t want to have an urban-agriculture forum and have 10 people show up because that gives the wrong impression, and the candidates will think, I can blow these people off,ŌĆØ Shey says. While she wasn’t involved in organizing the event because of her role as a consultant with the city of Minneapolis, Shey remembers one candidate stating during his opening remarks, “I don’t know much about [urban agriculture], but I’m going to learn about it,ŌĆØ based on the packed forum crowd.

4. Align With Other Community Groups

By law, 501(c)(3) nonprofits cannot choose political sides. The IRS tax code is pretty clear about this. Yet participation in a forum that is being presented in a balanced manner is OK. Still, while employees of urban-farming and local-food nonprofits did volunteer to assist with the Minneapolis process, they did not do so on company time.

In both Minneapolis and San Francisco, it was local organizations that helped pull in forum attendees.

“We spread the word through a number of ways,ŌĆØ Tanner says. “We had particular help from those at CUESA and their communications team, who did an excellent job promoting and getting the word out through their social media platforms like Twitter. Each of the three lead organizations promoted the event heavily to their own members, through email reminders and direct communications at meetings. A key form of support and communication came through the work of supporting organizations. These partners, all working on local-food and -agriculture issues, promoted the event to their followers and members, through forms such as email, Twitter and Facebook. They were invited to have a table presence at the event and have their group’s logo included in the event banner and website as a supporting organization.ŌĆØ

You don’t want to keep people at the forum all night, but you want everyone to come away feeling like they learned something about the candidates’ views on the future of important issues in the community.

“We knew we needed to keep questions and answers succinct, to have some structure through predetermined questions, and to have some flexibility and spontaneity with questions posed by the audience,ŌĆØ Tanner says. This facilitated moments of rigorous debate among the forum. “I do think some of the questions were especially relevant and pressing, considering what was transpiring in the city and certain political issues that were coming up on the November ballot. This included the proposed sugar-sweetened beverage tax, the drought and the high cost of living in the city,ŌĆØ (He suggests watching or listening to the San Francisco Your Food, Your Vote forum online.)

While your forum’s aim shouldn’t be to embarrass anyone, it should get down the to heart of your community’s urban-agriculture and local-food questions.

If your city has never hosted an urban-ag forum before, donŌĆÖt think you have to bite off a big event all at once.

“If you don’t think you are ready to hold a forum, creating questionnaires is a great intermediate step,ŌĆØ Tanner says. “We spoke with other similar groups throughout California, and though some were unable to hold a forum, they found questionnaires very powerful tools. They learned more about the candidates, but perhaps even more importantly, the candidates became more familiar with their group and have since approached the organizers for recommendations on key issues.ŌĆØ

Anything you can do will help to raise awareness about the food issues in your community; plus, the candidates will likely see a benefit. “The folks who are most politically astute see urban farming and local food as a winning issue,ŌĆØ Henry says. “Everyone eats, so it’s not as though this is some special interest.ŌĆØ