How To Install Board-and-Batten Siding 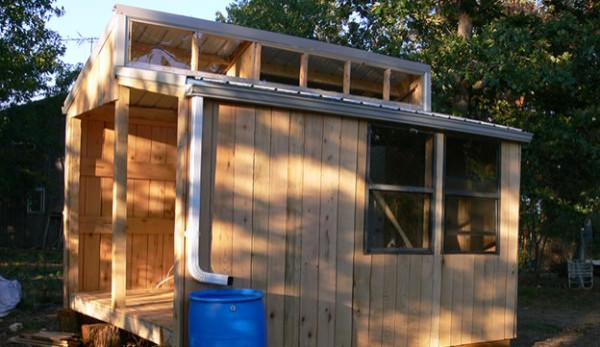 Enclosing a structure‚ÄĒwhether it is a house, barn, shed or outhouse‚ÄĒrequires some sort of siding. Freshly cut (green) wood shrinks as it dries, and attempts to warp in the process. There is, however, a way to put up siding with boards fresh off the sawmill that will provide good protection from the elements.

Board-and-batten siding‚ÄĒoften called “board and batt‚ÄĚ or “barn siding‚ÄĚ‚ÄĒhas been used for centuries. The boards run vertically, with narrow strips to seal the cracks that form as the wood dries and shrinks. The early builders might not have understood exactly why wood moved, but they knew how to compensate for it. Rather than trying to hold it in place, they simply gave it room to move. The wider boards are put on first. They will shrink as much as 8 percent in width and thickness, which causes cracks to open up between them, no matter how tightly they fit when first installed‚ÄĒabout 1/2 inch for 8-inch-wide boards. The bats come next, overlapping the boards enough to seal up the cracks between them. 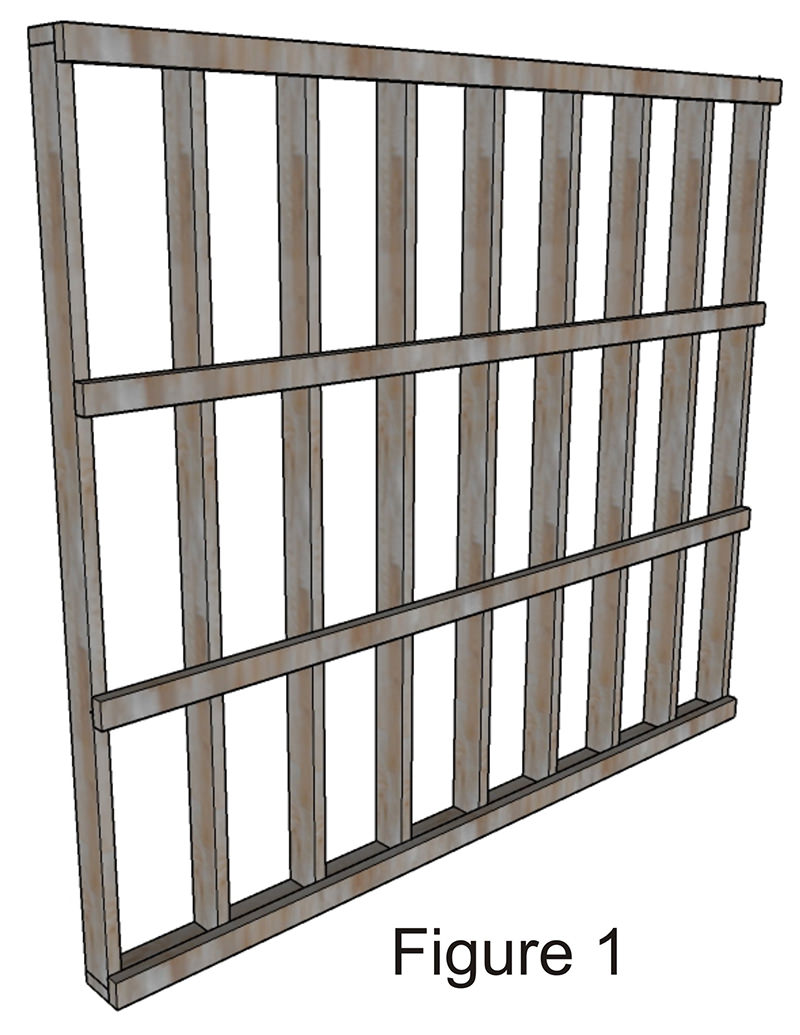 The first step is in designing the structure for this type of siding. Normal stud framing requires horizontal “stringers‚ÄĚ (Figure 1) to serve as attachment points. The stringers should be no more than 4 feet apart in order to hold the boards and batts adequately. 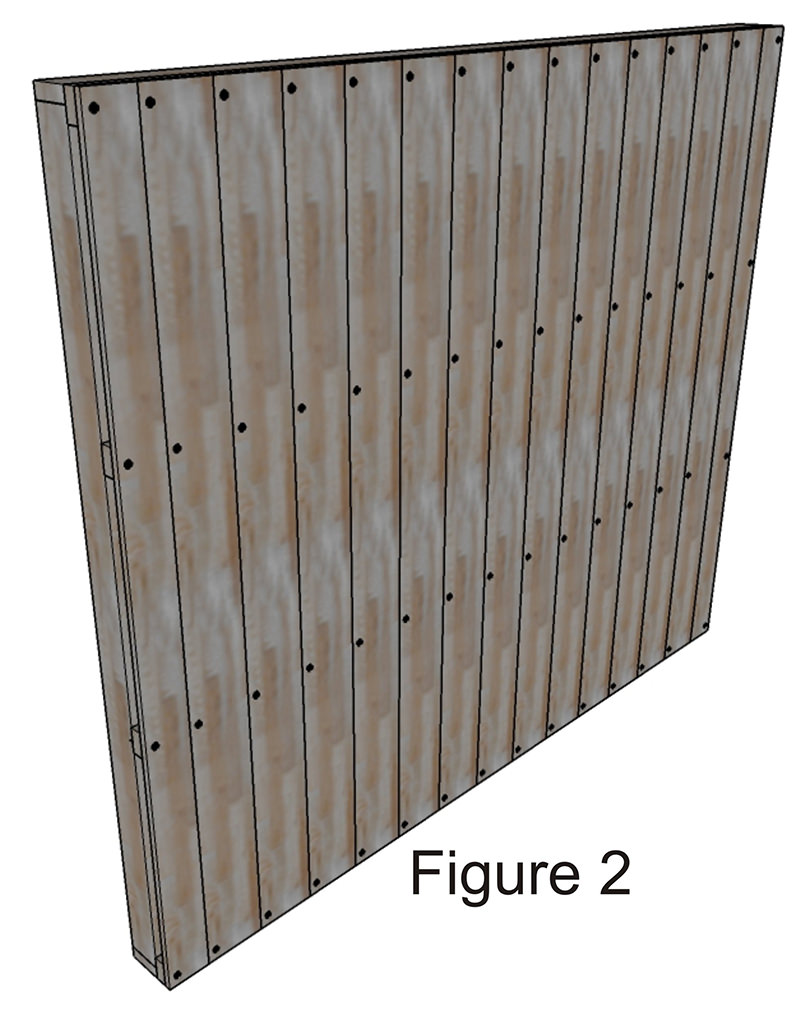 The boards should be roughly 1 inch thick and between 6 and 10 inches wide (Figure 2). I typically use post oak because it‚Äôs a common wood where I live in the Missouri Ozarks and is durable, though most hardwood and many softwoods, such as cedar, would be fine. It‚Äôs not unusual for me to fell the tree, mill the lumber and nail it up, all in the same day. Putting up boards fresh off the mill has its advantages. The wood is softer, easier to nail and less prone to splitting than seasoned wood. It‚Äôs also fairly straight, as it hasn‚Äôt had a chance to warp.

A lot depends on the material behind the board-and-batt siding. You can nail into a good, solid oak stringer, and it will hold the nail securely, assuming you didn‚Äôt bend the nail. For softwood or less than 1-inch-thick hardwood backing, deck screws are a better choice. They hold to soft woods more securely, and you don‚Äôt have to deal with the bounce every time you hit a nail. On the down side, you may have to pre-drill the holes, plus screws are more expensive. Use a 4-foot carpenter‚Äôs level to keep the boards vertical. Here‚Äôs another hint: If you pre-drill the boards, use one as a pattern and drill the rest of them on a flat, horizontal surface.

When putting up the boards, pay careful attention to the growth rings. The boards will typically try to cup as they dry. If you turn the board so that the head of the nail is against the side of the board that was closer to the center of the tree, the edges will stay tight against the stringers. The old timers explained it this way: The growth rings try to straighten out as the board dries. This helps visualize which way the board will cup. The other thing to remember is to use only one nail across the width of the board. Two or more nails will cause the board to split as it dries and shrinks. 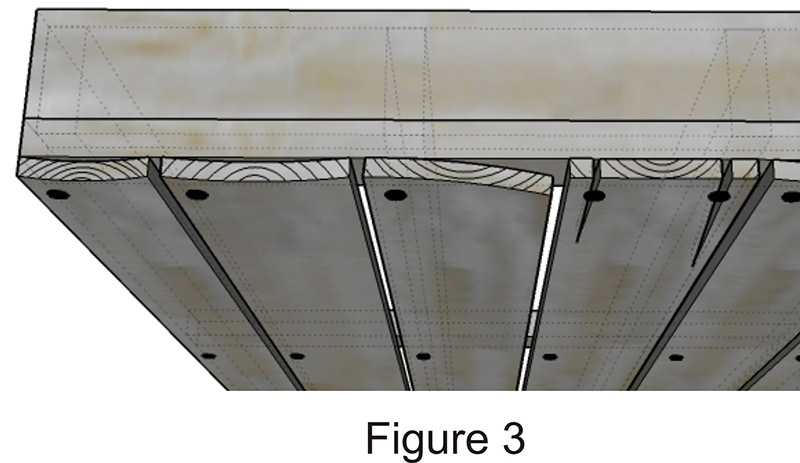 Nail (or screw) the board about 1 inch from the edge and let the other edge float. Figure 3 shows the right and wrong ways to fasten down the boards. The first two boards are correctly fastened. The third was put on with the wrong side out, and has cupped away from the stringer. The fourth board was also put on backwards with a second nail to hold it flat, causing it to split as the wood dried. 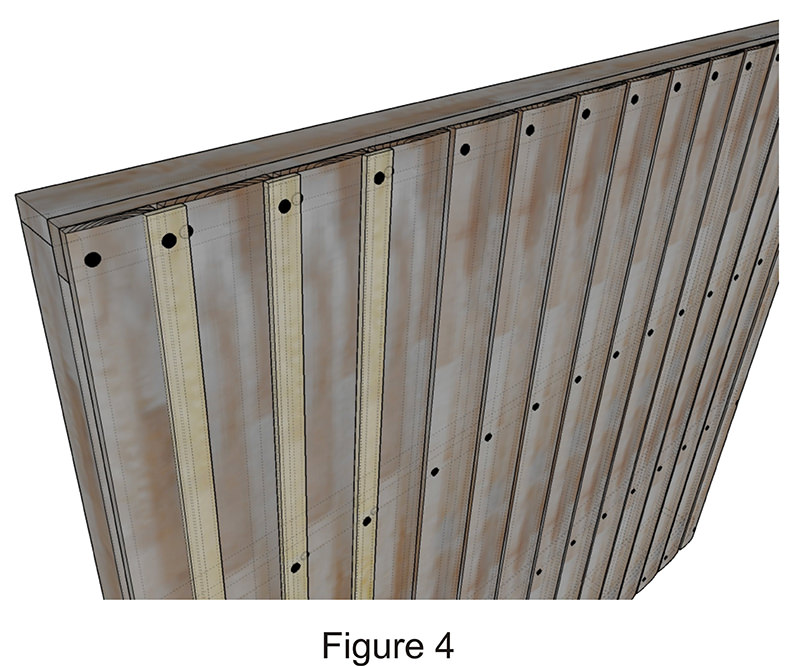 Nailing the batt in place later will hold the other edge in place (Figure 4). The bats are typically 1 inch thick and 2 inches wide. I generally nail them in place six months after installing the boards. By then, there‚Äôs a 1/2-inch gap. Center the batt on that gap and run the nail or screw right through the gap into the stringer so that it seals up against the edges of the boards.

It‚Äôs that simple! Using this old-time siding method will give your building years of protection.

Dave Boyt lives near Neosho, Mo., where he manages a family tree farm and operates a portable sawmill. He lives with his wife and an assortment of adopted stray dogs in a passive solar home they built more than 30 years ago. He has a degree in forest management and writes for a variety of forestry-related publications.