How to Make Beeswax Salve 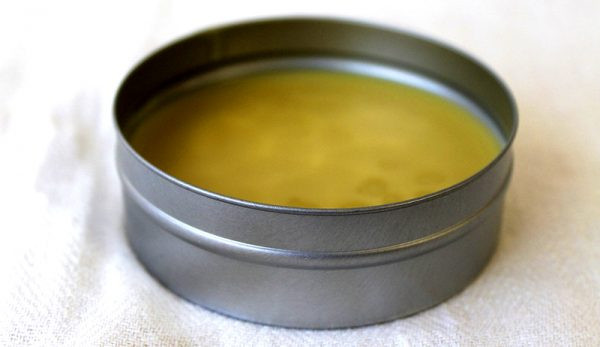 Beeswax for Crafting
Beeswax is a wonderful, natural ingredient you can use to make your own salves. On its own, beeswax isnâ€™t a moisturizer, but when mixed with other ingredients, such as shea butter, coconut oil, olive oil, jojoba oil or other natural oils, beeswax acts as a moisture barrier on your skin, protecting it from drying and allowing the oils in the salve to soak into your skin. You can add a few drops of essential oil to your salve mixture for scent or therapeutic purposes. You can also infuse oil with the herbs of your choice and use it in your salve mixture.

Each essential oil has distinct properties. Here are some examples.

A general rule when making salves: Use one part beeswax to three to five parts oil. If you add a solid, such as shea butter, at room temperature, it can affect your ratio, so experiment a little. If you don’t like the consistency of your finished salve, you can remelt it and adjust the ratios of beeswax to oil. More beeswax makes a thicker, more solid salve, while less beeswax gives the salve a creamier consistency. In winter, you might prefer a creamier salve because room temperatures are generally cooler, while in summer, you might want a more solid salve to compensate for warmer room temperatures. You can add zinc-oxide powder to your salve to give it sunblocking properties, as it blocks UVA as well as UVB light.

Oils useful for moisturizing and mixing with beeswax are listed below.

Melt beeswax in double-boiler or small glass measuring cup set in pan of boiling water. Beeswax is flammable and should never be placed in pot directly on flame.

Step 3: Fill molds
Place empty containers on top of newspapers, pour liquid salve mixture into them and let cool overnight before screwing on tops. (Newspapers will catch any drips and make cleanup much easier.) There is enough salve to fill four 2-ounce containers and one 1-ounce container.

Once youâ€™ve experimented with making your own beeswax salves and balms customized to your preferences, youâ€™ll prefer them to the mass-produced ones. Youâ€™ll save money, and your skin will be healthier and happier. Just remember, when adding essential oils to your mixes, a few drops go a long way.

Rhoda Peacher is a freelance writer and photographer in Oregon. She enjoys cooking, crafting and finding ways to stretch her shopping dollars.