How to Make Cider

The new old-fashioned beverage that you can make at home. 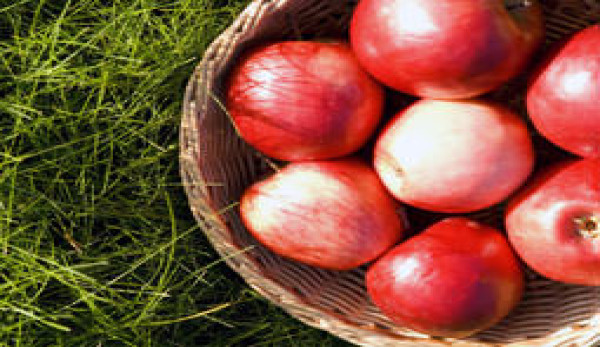 For most of us the thought of cider conjures cozy memories of brisk autumn days and evenings by the fireside, Christmas caroling and mugs of spicy, steaming apple juice cupped in mittened hands. To the rest of the world, â€ściderâ€ť means an alcoholic treat. Whichever sort of cider you prefer, chances are you can make it at home.

What exactly is cider? The freshly-pressed product we call cider is elsewhere called apple juice. What Americans refer to as â€śhard ciderâ€ť is simply â€ściderâ€ť in Canada and abroad, where non-alcoholic cider is called â€śsweet cider.â€ť Traditionally, both beverages are pure pressed apples and nothing more; no added yeasts, sugars, preservatives or flavorings, just unadulturated apples. However, todayâ€™s commercial ciders, sweet and hard, are sometimes doctored to hasten fermentation and yield a safer and more consistent product. (Weâ€™ll cover that later.)

American hard cider is generally 4 to 8 percent alcohol; British commercial ciders run 8.5 percent. Farmhouse ciders made for home consumption may go 10 to 11 percent (although sweetener-added ciders between 8 and 14 percent are technically apple wine).
Spaniards call hard apple cider â€śsidra,â€ť Germans, â€śapfelweinn.â€ť In Brittany and Normandy itâ€™s â€ścidre.â€ť To Australians, hard cider is cider; sweet cider is spelled â€ścyder.â€ť In Britain, low-grade hard cider is â€śscrumpy,â€ť the name derived from the slang verb â€śto scrump,â€ť meaning to swipe fruit from an orchard; old-timers sometimes called it â€śsqueal pig ciderâ€ť because of the sound tipplers made when sampling it unaware. Cider cut with lager becomes â€śsnakebite,â€ť with rum, â€śstonewall.â€ť Distilled cider and whiskey blend are â€ścider royal.â€ť Other distilled ciders are â€śapple brandy,â€ť â€śapplejackâ€ť and â€śgumption.â€ť
A lot of names for fancy apple juice, you say? Yes, indeed. But cider has been around a very long time and itâ€™s a historically significant drink.

Cider Through the Ages
No one is certain when cider was first created, but when Julius Caesarâ€™s legionnaires stormed through England in 55 A.D., they found rustics sipping fermented apple brew. By the 9th century A.D. cider making was well established throughout Europe. After the Norman Conquest (1066 A.D.) it became the drink du jour in Great Britain. Vast cider apple orchards were established throughout the realm. The Middle Ages found monks pressing and peddling large quantities of apple spirits. English cider making probably peaked around the mid-1600s; when country folk migrated to the cities as part of the Industrial Revolution, ciderâ€™s popularity began to wane. Yet in 1896, in evidence presented to the Royal Commission on Agriculture, Mr. Sampson of the National Association of English Cidermakers estimated Britainâ€™s annual cider consumption at 55.75 million gallons. Thatâ€™s a lot of fermented apple juice!

Picture this… Youâ€™re homesteading one of the new American colonies. Your well is a shallow, hand dug affair or you tote water from a nearby creek or river. Itâ€™s often not fit to drink. The cow (if youâ€™re lucky enough to own one) doesnâ€™t give milk year-round and her milk may be iffy at best. But apples, those you have. You or your parents or someone along the line packed seeds when they sailed the sea to this new land, so you have a fine cider orchard out back of the cabin. Cider tastes grand, it doesnâ€™t go bad, and unlike that nasty water, fermented apple cider doesnâ€™t make anyone illâ€”or dead.

By 1686, one Virginia Colony orchard boasted 2,500 trees. In 1767, Massachusetts Colonyâ€™s hard cider consumption was estimated at 1.14 barrels per capita annually. Everyone drank hard cider with meals: toddlers, Grandma, the parson and the barmaid. And â€śbarrelâ€ť was a unit of measure, not a generality. A barrel held 36 Imperial gallons; thatâ€™s 49.25 gallons of hooch for every man, woman and child in the Virginia Colony for a year.

Cider became the All-American drink. George Washington and John Adams were extremely fond of cider; the latter quaffed a tankard of hard cider every morning before breakfastâ€”to soothe his stomach and quell flatulence, he said.

Between 1845 and 1918, the Temperance Movement dealt cider making a dastardly blow. Fired by speeches from the pulpit, many farmers abandoned or destroyed their evil cider orchards; usually only sweet cider apple trees were spared.

Still, in 1900 an estimated 55 million gallons of hard cider were consumed by thirsty Americans; by 1919, only 13 million gallons. That yearâ€™s Volstead Act, the 18th Amendment to the Constitution of the United States that solidified prohibition enforcement, effectively illegalized the sale and consumption of alcoholic beveragesâ€”including hard cider. By December 5, 1933, when it was repealed, most Americans had forgotten their old friend, cider.

As microbrewery beer is to Coors and Budweiser, todayâ€™s artisan ciders are to mass-produced ciders. Like Budweiser, commercial hard ciders have a following and rightfully so, but artisan hard ciders (also called craft ciders) are in a class of their own. They are hand-pressed using organic or near-organic heirloom cider applesâ€”real cider applesâ€”in small batches at 50 or so cideries, mostly in New England and Oregon.

Unlike large production hard ciders brewed of apple juice concentrates or blends of concentrates and real apples, sometimes with commercial yeasts, preservatives and sugars added, artisan ciders are apples and nothing but. And theyâ€™re apples of the very best kinds. For hard cider that means somewhat puny, rock-hard specialty apples whose high concentrations of malic acid and thick skins packed with tannins (the puckery, bitter substance in acorns) makes them downright repulsive to munch. Yet tannin adds body to hard cider, while malic acids add flavor and tartness. Concentrations of natural sugars, fermented, spur alcohol production.

Cider apples fall into one of four groups, depending on their acidity (malic acid content) and tannins. These are: sharps, bittersharps, bittersweets and sweets.

A blend of three or more varieties is generally pressed together when crafting fine hard cider, but a few choice apples make a toothsome stand-alone vintage brew. A traditional mixture is one-third each of sweet, bittersweet and sharp apples. However, most artisan cider makers develop their own favorite blends.

Most sweet apples are general-purpose varieties, rather than cider-specific types. American sweet cider is mainly pressed using apples from this group. Itâ€™s said more American cider has been pressed from sweet Golden Russets (also a fine eating, drying and cooking apple) than any other fruit.

Anyone living in USDA zones 5 to 9 can grow cider apples. Orchardists two zones farther north or one south can press new or antique all-purpose sweets and sharps. Crabapples, many of which flourish in zones 3 and 10, make acceptable bittersharp apples.

Sweet Cider in a Nutshell
If you have apples, you can have sweet cider, itâ€™s that simple. If you live in apple country, check around; folks who press cider often do custom pressings. Make certain their equipment and process is safe and sanitary before hiring them.

Safe? Years ago when most cider was hard, safety was less of an issue; long fermentation effectively zapped troublesome bacteria. Todayâ€™s sweet cider? Not so. E. coli, Salmonella, Cryptosporidiosis, and a toxin called Patulin thrive in infected unpasteurized, unfermented cider and all cause serious food-borne illnesses.

How to prevent these nasties?

How to Make Cider
The cider making process is fairly simple; hereâ€™s what to do:

Basically, fresh-pressed must is poured into fermentation casks or vats (wooden barrels are traditional and best, but stainless steel or plastic works too; cider cannot be stored in aluminum, iron or copper) and stored at 60 to 70 degrees F for two to three months.

During this time natural wild yeasts convert apple sugar into alcohol. When a desired level of dryness is reached, the cider is decanted, casks or vats are cleaned, and the cider poured back into them and stored at 40 to 60 degrees F for six months to a year or more to further age.

Homemade Cider Vinegar
Another value-added product in sizzling demand is organic apple cider vinegar. Even if you donâ€™t make it to sell, if you have extra apple cider why not craft homemade vinegar too?

In fact, you can have your vinegar without growing apples; high quality, unpasteurized, store-bought cider makes fine homemade vinegar. The key words are â€śhigh quality.â€ť Sweet cider past its prime becomes vinegar, as does hard cider gone awry during the cider making process. But quality itâ€™s not. Letâ€™s consider the better kind.

Like cider, vinegar is an ancient comestible. The Babylonians used herb-laced wine vinegar as a condiment. Cleopatra dissolved precious pearls in vinegar to prove she could consume a fortune in a single meal. Roman legionnaires chugged refreshing vinegar beverages. Hannibal doused troublesome mountain pass boulders with heated vinegar to cleave and crumble them. And ancients everywhere treasured it for its medicinal applications.

Vinegar can be fermented using barley malt and other grains, sugars such as honey or sorghum, and a myriad of fruit, especially apples.

The common crock method is the essence of simplicity. Using fresh, unpasteurized sweet cider, fill a sanitized crock or dark-colored glass jug three-quarters full (if you donâ€™t allow for foaming during fermentation, youâ€™ll be sorry).

Secure a triple layer of cheesecloth or a clean cotton tea towel over the top and stow it in a cool, dark place for two to six months. Begin tasting it when your nose detects a vinegary scent in the crockâ€™s general locale.

When the vinegar suits your palate, itâ€™s done. Filter it through cheesecloth into sterilized jars and store it in the refrigerator, or pasteurize by heating to 160 to 180 degrees F. Use it in salad dressings (plain or flavored), for medicinal purposes, or diluted in household cleaning applications. Note: Donâ€™t can with homemade vinegar. Its acidity isnâ€™t equal to store-bought varieties.

This article first appeared in theÂ July/August 2004 issue ofÂ Hobby FarmsÂ magazine. Pick up a copy at your local newsstand or tack and feed store.