How to Make Organic Compost: Do It Right

Learn how to make organic compost to enrich your soil. 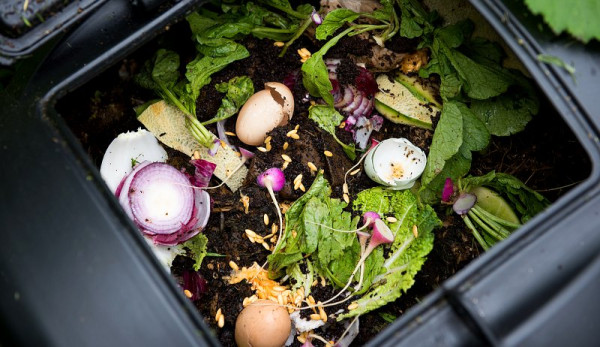 Stir kitchen waste, such as apple cores and unused lettuce, into your compost heap. Your soilãs decomposers need a steady supply of organic matter to keep the ground fertile. Adding homemade compost enriches soil and ã with the exception of labor ã itãs free.

Homemade compost is made from just about anything that was once alive and that would ordinarily be thrown away. You can fill your compost heap with kitchen waste, dead leaves, grass clippings and other organic matter that will rot into fertile humus ã gold for your garden.

Composted soil also grows helpful bacteria. Among these are beneficial microorganisms that produce their own natural substances to help plants battle diseases. Because composted soil is loose enough to ãbreathe,ã it retains the water and nutrients needed to support flourishing plants.

Adding activators to homemade compost makes more nitrogen available to soil microorganisms ã theyãll grow to larger populations. If your compost heap consists mostly of ãbrownã materials like wood chips or dead leaves, you should use either naturally occurring or commercial organic activators.

Commercial activators may contain dormant bacteria and fungi that proliferate to hasten the process of converting organic waste materials into fertile compost. Depending on the temperature and the time of year, homemade compost can be ready in as little as four weeks (with activators) or it can take as long as several months. Your mature compost will be dark-brown in color and will have the good, earthy smell of fertile soil.

Some gardeners recommend adding worms to speed up composting. Worm composting (aka vermicomposting) allows you to create compost indoors or outdoors in closed bins year-round. Order worms from organic garden suppliers or dig them up from your backyard. Provide worms with food such as vegetable peels, tea leaves, coffee grounds or crushed egg shells.

Worms also need moist bedding ã such as shredded, moistened newspaper ã added to one side of the compost bin. In a few months, the worms will eat through the paper and kitchen scraps. Their castings (waste) provide a highly nutritious base for plant growth.

Experiment with your homemade organic compost. Discover what works best for you in your garden and begin reaping a nutritious and delicious harvest.

Linda Tagliaferro lives in the suburbs of New York City, where she and her husband enjoy fruits from their fig trees, their home-grown basil in pesto and their wild-growing milkweed that feeds monarch butterflies. Sheãs been a freelance writer for 20 years and has written more than 40 books for children and adults.