How to Propagate Succulents: 2 Techniques for Success

Expand your collection by learning how to propagate succulents. It's a worthwhile project that's easy to do as well as fun. 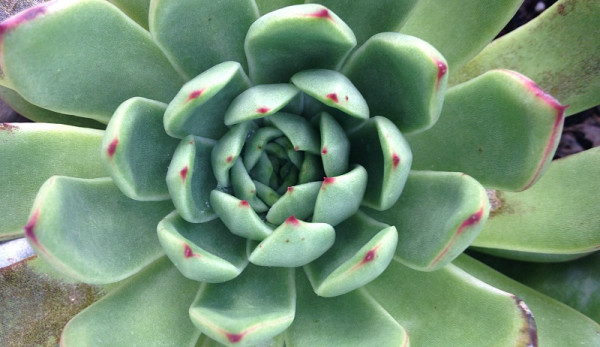 Winter is a great time to do indoor gardening tasks, and one of the most fun projects for the colder months is plant propagation. While you can start lots of different plants from stem and leaf cuttings, one of them most fun groups of plants to work with are the succulents. If you’re not already familiar with how to propagate succulents, let me introduce you to a few different ways to get started.

What Is a Succulent?

First, let’s begin with a definition of a succulent. A succulent is a plant with fleshy, water-filled leaves. Succulents are drought-tolerant because they retain a lot of water in their leaf tissue and they can draw from it as necessary. Succulents have thick leaves, filled with cells and tissues that are extremely adept at storing water. They’re adapted to dry climates and, in many cases, will rot if overwatered. Cacti are a type of succulent, but there are many succulents that are not cacti. In fact, the most popular succulents are not covered with spines, but rather have very smooth skin.

How to Propagate Succulents

Plant propagation can take place by collecting and planting seeds of a particular plant. This is known as sexual propagation. But, there are other ways to propagate many different plants that do not involve starting new plants from seed. These methods of plant propagation are asexual, or vegetative, propagation. For these propagation techniques, a piece of an existing plant (called the mother plant) is severed and used to generate new plants. Vegetative techniques generally results in faster propagation, and you’ll get a mature plant much more quickly than when starting from seed.

Though some plants can be vegetatively propagated by separating tiny plants known as offsets from the mother plant, by rooting a stem cutting, or by taking a root cutting, the easiest way to propagate succulents is through a leaf cutting.

There are two ways to get more succulents via leaf cuttings. I’ll explain each technique separately.

How to Propagate Succulents Using a Leaf Cutting

To propagate a succulent from a leaf cutting, first use a clean, sharp knife to cut a single leaf from the mother plant. Dip the cut end of the leaf in a dusting of rooting hormone (available online or from local garden centers). Tap off the excess hormone before inserting the base of the cut end into a pot or flat of clean, sterile potting soil.

Because succulents are prone to rot, water the leaf cutting in and keep the soil around it consistently moist, but do not keep it saturated like you would with some other types of leaf cuttings. Do not allow the soil to dry out, but make sure it’s well drained and no standing water is allowed to sit in the container.

Also unlike some other plants, you do not need to cover your succulent leaf cuttings with plastic to retain moisture. Just put the new leaf cutting on a bright windowsill, but out of direct sunlight. From that point, all you have to do is monitor the moisture level and wait.

You’ll start to see a new little plantlet growing at the base of the leaf cutting a month or two after you take it. The original leaf will eventually rot away, leaving a brand new baby plant behind. It’s really fascinating to watch the new plant form and grow over the coming weeks. For those who want to show their kids how to propagate succulents, this is an excellent and fun way to do it!

How to Propagate Succulents Using a Leaf Margin

The second method of propagating succulents also involves using a single leaf. But, instead of the cut leaf base being inserted into the soil to grow one new baby plant, the entire margin of the leaf is used to grow many baby plants.

To get started, sever a leaf from a succulent plant. For this method, large-leaved succulents, such as kalanchoes, flapjacks, sedums or echeverias, work best, though you can try it with smaller leaved plants, too. Once the leaf is separated, use a sharp, clean knife to make a small 1/4-inch nick every half inch around the entire margin of the succulent leaf. Then, roll the margin of the leaf in rooting hormone, making sure to dust every cut with a sprinkling of the rooting hormone powder.

Once the cuts have been dusted, lay the leaf down flat in a tray or pot filled with new sterile potting mix. You can hold the leaf in place by pinning it to the soil with a few pieces of wire bended to make a hairpin shape (stick it right down through the leaf), or by tucking the entire margin of the leaf down into the soil just a little bit. If it’s a larger leaf, you probably won’t have to do anything at all to hold it in place; the weight of the leaf itself will keep it flat against the soil.

Within four to six weeks, a new baby plant will begin to grow from each cut you made around the leaf’s margin. Eventually the mother leaf will rot away, leaving only the daughter plants behind, but you can also sever the baby plants from the mother leaf as soon as there’s a bit of resistance when you tug on them. They send little roots out down from the bottom side of the mother leaf; make sure you keep this root system intact when you separate them from each other.

That’s all there is to it. Propagating succulents is surprisingly simple, and it’s a great project for expanding your succulent collection during the winter months. Let the kids help and plan to share the daughter plants with school teachers, friends and family.