How To Purchase Bees For A New Or Expanding Hive

When you're ready to start keeping bees (or want to expand your colony), you can purchase a package or nuc to establish your hive. Here's how. 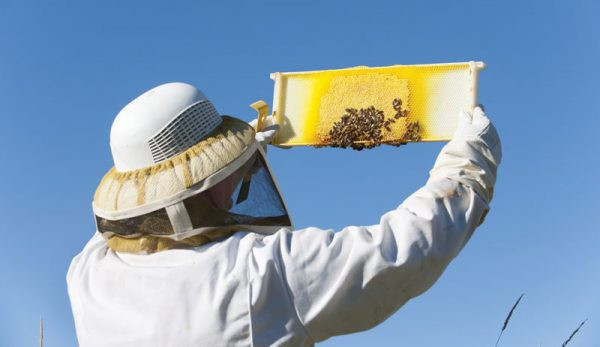 In the book The Fields of Home, author Ralph Moody describes how his grandfather recaptured a lost colony of bees on their Maine farm around 100 years ago. He used nothing but a smoker, a net, a ladder and some old-fashioned American ingenuity.

But Grandfather was an expert beekeeper.┬Ā

If youŌĆÖre just getting into beekeeping and you lack a mentor who can provide you with an already thriving hive, youŌĆÖll need to obtain your colonies on your own from an outside source. Or maybe youŌĆÖre looking to expand your current beekeeping operation by experimenting with a new bee breed.

While the idea of rambling through the Maine woods to capture a swarm might seem picturesque, itŌĆÖs not quite practical for the beginner today.┬Ā

A simplerŌĆöand safer!ŌĆömethod is to purchase bees from a reputable source. YouŌĆÖll need to supply the hive supers and other essential beekeeping gear. But in some cases the bees themselves can be shipped directly to your doorstep.

LetŌĆÖs take a closer look at how this is done and help you determine the right method┬Ā for your situation.

A package is the simplest and least expensive method to purchase bees for your home. A package is a nifty little screened box, about 8 inches high, 16 inches long and 6 inches wide. It contains:

ThereŌĆÖs a good chance that the queen in these cases is a queen that hasnŌĆÖt previously been introduced to these workers. So she is kept in the separated screen cage to prevent the rest of the colony from rejecting her. Over the course of several days, the scent of the new queen will become the new normal for the workers. Then theyŌĆÖll be ready to accept her as the hive leader.┬Ā

There’s an advantageous reason to purchase a package of bees. You can ship them through the U.S. mail or even a private carrier such as UPS.

Upon delivery, you ŌĆ£installŌĆØ the bees into an empty hive where they take up residence. This is done by temporarily removing a few frames from a standard hive and essentially pouring the bees out of the package and into the belly of the super. Then you replace the frames and close up the hive.┬Ā

The queenŌĆÖs cage is temporarily hung inside the hive. Typically, the queenŌĆÖs entrance is blocked by a piece of candy or marshmallow (something sugary) that will take the workers a few days to chew through. By then, they should be acclimated to the new queen.

(Be sure to check in a few days to make sure the queen was freed!)

Another alternative for obtaining your bees is to purchase a ŌĆ£nucŌĆØ (or nucleus) container. Rather than the bare-bones ŌĆ£box of beesŌĆØ you get with a package, a nuc is essentially a miniature hive with a young colony already working together.┬Ā

Nucs are wooden or cardboard boxes, somewhat larger than a package, that contain about five hive frames identical to what you would use in a standard Langstroth hive. The colony of nuc beesŌĆöagain about 10,000 workers and a queenŌĆöhave already been working together. The queen has already laid eggs and may in fact be the mother of some of the mature workers.

Significantly, the bees will have been working nectar sources prior to shipment. Therefore, some of the five frames may already be partially drawn out and loaded up with honey and pollen. This makes a fully-functioning, albeit small, hive.

When it comes time to install a nuc, the beekeeper simply exchanges the frames inside the nuc with those from an empty super in a permanent hive. Ideally, the majority of the bees will ride along on the frames.

Inevitably, some will remain inside the box. YouŌĆÖll want to leave this shipping container near the hive entrance for a time until those remaining bees pick up the homing pheromones from the other bees.

Be sure to purchase a nuc of bees with frames that are the same dimensions as your supers!┬Ā

Read more: Check out Beekeeping 101 for everything you need to know to start keeping bees!

So, how do you choose which option will work best for you? LetŌĆÖs examine some of the concerns.

ThereŌĆÖs no question here: Packages are the less expensive way to purchase bees. Admittedly, beekeeping isnŌĆÖt an altogether inexpensive pursuit. If costs are a concern, then packages represent the least expensive way to get into the game.

Nucs tend to be more expensive because of the additional effort put into them by the bee breeder.

When a package is installed into an empty hive, the bees are at something of a disadvantage. They are almost starting from scratch.

Sure, the 10,000 workers are mature and ready to go, but the hive has no infrastructure yet. Depending on when youŌĆÖre installing the package, you may need to feed the hive until the bees have gathered enough nectar to put in honey and pollen reserves of their own.┬Ā

The result of all this is that the entire colony is going to probably lose a few weeks of time that might otherwise have been used to store honey.

Nucs, on the other hand, have plenty of workers ready to head to the fields and also brood in various stages of growthŌĆöeggs, larva, pupa. The hive is much more up to speed.

Also, as mentioned, nucs come with honey and pollen already collected and stored on the frames. The installation process doesnŌĆÖt rob the bees of their work. So nucs can definitely save the beekeeper some time.

Read more: Consider these things before getting into beekeeping.

Remember, the queen inside a package didnŌĆÖt produce those workers. SheŌĆÖs just a fresh queen chosen and placed in the box, not unlike what would happen if you lost a queen and ordered a replacement.

The queen in a nuc, however, is a proven layer. ThereŌĆÖs extra value here because you know for sure that the queen is productive.┬Ā

Shipping living things (plants or critters!) can be a challenge. Bees in a package arenŌĆÖt protected from heat or cold. ItŌĆÖs critical, then, to time your spring shipment for after the danger of real cold has passed. You also want to time it for before excessive heat sets in.

You also may want to consider paying for expedited shipping. However, shipping a package is simple compared to shipping a nuc, which weighs considerably more.┬Ā

Instead, many bee breeders offer a pickup option for nucs (and complete established hives, for that matter). You can also arrange for pickup of packages. The downside to pickup, of course, is that you must make a honeybee road trip if you do not have a local bee breeder.┬Ā

ItŌĆÖs possible that a local bee club might arrange for a bulk pickup for all of its members. There may also be very specific times of the day when the bee breeder will allow pickup arrangements.

Mornings and evenings are usually the preference in order to avoid middays when the bees are out in the fields working.

Pickup puts you in charge of the beesŌĆÖ well-being during the trip home. But if you live far from any bee breeders, you might stick with packages simply for ease of transportation.

So, in the end, which solution is best for you? ItŌĆÖs going to depend somewhat on

Really, either option is viable. Beekeepers make both of them work quite well every year. There is no wrong answer at all.

You could even try raising both a package and a nuc. See which one has a better success rate!┬Ā

Give Bees a Chance!

You’ll find a great deal of satisfaction getting your new hive up and running, filled with new bees that soon get to work on the coming spring flowers.

And while you might not have climbed a ladder in the woods to retrieve those bees out of a hollow tree like Grandfather, you did your fair share of the work installing them. Good luck!┬Ā

Watch out for rapid nuc growth! Because nuc colonies are further along in their work and have a more robust start on their groundwork, the hive population has the potential to really take off quickly.

Watch carefully at the beginning, and add supers to the hive as necessary. It would be a shame to come this far only to accidentally induce the bees into swarming!┬Ā

This article originally appeared in the March/April 2021 issue of Hobby Farms magazine.