How To Turn A Price Complaint Into A Farmers Market Sale

Your farmers market produce may seem expensive compared to what’s found at the grocery store, but yours is better—and your customers need to hear why. 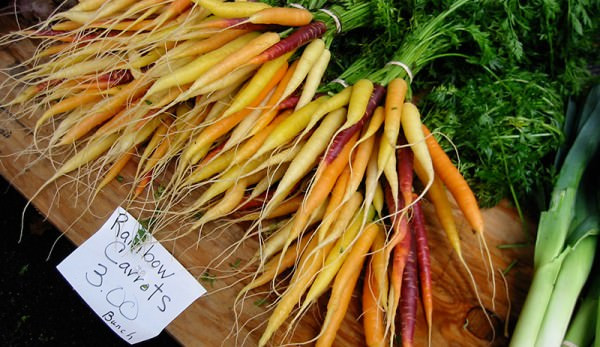 In order to make a living off of selling food, a farmer must charge enough for the product to cover the costs and labor and to make a little profit. This often results in food being priced higher than what any grocery stores charge for the same product, thus a few complaints from customers.

Many customers are just not used to paying what food is worth, and the price can often be shocking, sometimes even insulting. But that doesn’t mean an price-wary customer can’t be convinced and converted. Convincing a customer who is incredulous about price can be done in subtle ways or done directly, but it should at least be attempted. In this increasingly competitive business, every sale is important, and a complaining customer should be looked at as an opportunity to gain a loyal fan of your work—not as a burden.

I was getting set up for the farmers market one year when a customer asked me the price of our sweet peppers. After I told her, she gave me a sour look, cursed and walked away. Taken aback, I just stood there feeling guilty. Later, I went to the grocery store to find out we were selling our organically grown sweet peppers at the same price as they were selling their conventional, foreign ones. Perhaps since we were at a farmers market, she expected us to be expensive, when in reality, we were actually undercharging!

From them on I have tried to check into local retail prices so that when we run into skeptical customers I can tell them it’s competitive with grocery store prices and by how much. Then I emphasize that the difference is that ours are locally grown without chemicals, picked that day.

Even still, complaints will happen, and practicing a few nice, prepared responses is never a bad idea. For instance, if someone tells you your price is high respond positively. Tell them you can see why they would think that. Explain that it does seem high in comparison to grocery store prices, but the grocery store buys produce from very large farms who don’t hand-pick everything to make sure it is at its peak maturity. Because they’re selling so much produce, they can’t ensure the quality you can.

Knowing a few nutritional facts can help punctuate your response as well. For instance, organically grown tomatoes are shown to have more vitamin C and phenols (antioxidants, essentially) than conventional tomatoes. Facts like this can be handy.

Regardless of what you say, be kind. People will respond to that in a way that might not make an immediate sale, but it could influence their purchasing decisions down the road.

In my experience, many, if not most, complaints come from sticker shock. A customer looks at the price of a product and either tells you it’s too expensive or just walks away from your booth entirely. Popularized by farmers like Curtis Stone and Ben Hartman I am very fond of selling produce at $3 per unit or 2 units for $5 (a unit being a pint, a bag, a quart or whatever you determine). Even though each unit is priced at $2.50, the structure makes the customer feel they are getting a deal, sells more food and reduces the complaints tremendously.

The temptation, perhaps, is to undercut your competition to get more sales. But by deciding as a market what your lowest price for say, tomatoes, should be, you can set a standard by which customers can judge the price instead of the grocery store setting those standards at unrealistically low prices. Having market consensus levels the playing field and gives customers less reason to complain.