Planting cover crops in your cattle pasture provides a range of benefits, from supplying supplemental forage to improving soil health. 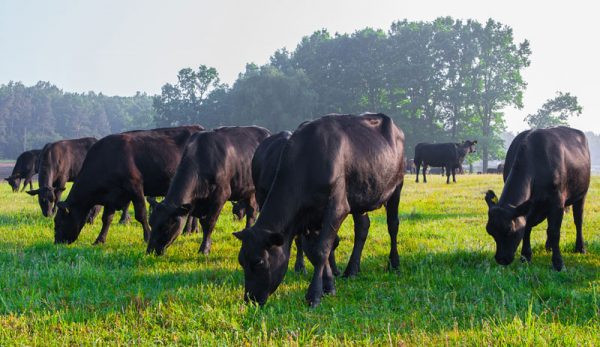 Mid-October and itâ€™s sunny with a chilly breeze rushing across the lush, green field where cattle are scattered. Leafy tops of turnips and tillage radishes reach for the last bit of warmth from the setting sun. This field boasted a bountiful wheat crop earlier this year. But now it has been drilled with a variety of plants to create a cover crop that the cattle can graze on during the cool days.Â

The benefits from planting cover crops are twofold:

Read more: Pasture permaculture is a matter of good grazing.

What Seed Mixture Is Right?

When deciding what mixture of seed to plant, consider the Rule of Three. A good practice is, for each seed mix, include grasses, legumes and brassicas (such as turnips or radishes).

This isnâ€™t a necessary rule to follow. But it can be helpful in attaining a good balance in the variety of plants in the field.

The particular blend that we plant includes:

Our resident agronomist, Klayton Krispense, explained to me some of the ins and outs of the seed mixture we plant. He prefers to keep a mix of brassicas and grasses. The two crops make good companions.

Oats are another common companion crop. They would be considered grass in the Rule of Three. Â

He pointed out that if one of your main reasons for planting a cover crop is to graze cattle on it, you should make sure to include a good selection of grass in the seed blend. Grass tends to grow and establish itself quicker. It will spread faster over the ground than just turnips and radishes.

We planted our cover crop just days ago (mid-September). It will be ready for the cattle to graze on around mid-October. Here in Kansas we wait about a month to plant the cover crop.

Our main purpose is to use it as a mulch and drill the primary crop into it. Â

What Do Cover Crops Do?

We plant cover crops to help shade the ground and prevent the onset of many weeds. But they also help to retain water.

In the spring, after the cover crop has grown to about 2-3 feet tall, we will drill the primary crop (such as soybeans) straight into it. As the cover crop dies, it will create mulch, which holds water into the ground.Â

An added bonus: We can graze cattle on the cover crop. The feed is already out there, can be considered fairly cheap, and allows for a summer grazing experience during the later fall/winter.

The cover crops supplement daily feed rations for the cattle. And when we go to sell the animals, they will be considered â€śgrass cattle.â€ť That should fetch us a higher price.Â

How to Feed Cover Crops to Cattle

On the days cattle are turned out, theyâ€™re fed a small morning feed ration (so that they wonâ€™t go out and founder themselves on the rich greens). They get herded through the yard and into the fenced-off field, where they will spend the rest of the day grazing.

As dusk draws near, four-wheelers can be heard rumbling to life and beginning their trek around the outside perimeter of the pasture. As we gently herd them towards the gate, they meander through the yard and back into their pen for the evening.Â

When choosing a field to allow cattle to graze in, stay mindful of your fencing options. A majority of farmland with a crop wonâ€™t have a fence. So, on our farm, we put up a hotwire (electric) fence.

For temporary fencing, this is probably the most cost-effective option for keeping cattle contained. We typically build a single-strand hotwire fence. Once the cattle understand how it works, they do just fine.

In order to accustom them to an electric fence, we typically set up a small portion in their pen for a short period before theyâ€™re turned loose onto the cover crop. We usually encounter some trial and error. But after a few sniffs, they understand not to play with the wire.Â

If youâ€™re considering adding cover crops to your crop rotations or cattle grazing opportunities, consider the Rule of Three (grasses, legumes, and brassicas). And spend some time studying the best seed mixes for your area and desired purpose.

Donâ€™t forget, if you plant a mixture of brassicas, you never know what might â€śturnipâ€ť!Â