Calving season can be stressful, and plenty of things can go wrong. But an ideal calving, such as described here, can be a simple and joyous experience. 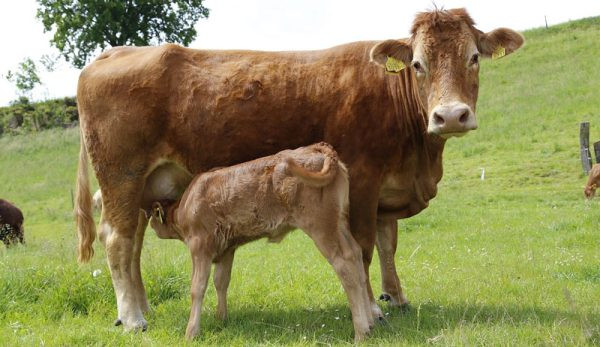 Fall calving season for some of the heifers is just getting started. And thereŌĆÖs already one little heifer IŌĆÖve had the pleasure of scratching behind the ears. ŌĆ£SnickersŌĆØ, as she was affectionately dubbed, is a small, black Angus heifer that was adopted onto a first-time heifer that lost her own calf.

ItŌĆÖs not the most pleasant way to start off the calving season. But itŌĆÖs a very real part of life that ranchers know they might have to deal with each calving season.┬Ā

If youŌĆÖve been following along with our articles, last month we covered several things that you should get in order to prepare for a successful calving season such as:

There are many reasons why a cow might lose a calf. But today weŌĆÖre going to look at what a successful calving would look like.

Read more: Check out these tips to get and stay ready for calving season.

What to Look For

Like humans, the gestational period of a cow is 9 months. As cows get closer to calving, they will start to display physical signs of the changes happening in their body. A couple of changes you might be able to spot include the cowŌĆÖs udder starting to fill in and (as the time gets closer to calve) the muscles on either side of the tail will begin to relax.┬Ā

When the day finally arrives for the cow to give birth, she might start appearing uncomfortable and wander around restlessly. If you feed and count your cows each evening, your count might come up short.

SheŌĆÖll probably be off in a corner of the pasture or near a windbreak, seeking a peaceful spot to calve.┬Ā

At Time of Delivery

As the calf enters the birth canal, the cow will begin straining to push. Around this time, the ŌĆ£water bagŌĆØ will break and you might see a rush of fluid come out. Between the contractions and pushing from the cow, the calf should soon make its appearance into the world.┬Ā

Following along with the calf, a second sac should appear. This will be the amniotic sac that enclosed the calf. Once the calf is on the ground, a good cow should have the placenta or afterbirth licked off its nose (and then the rest of the body) in order to avoid suffocation. She should also get the calf standing upright.

The newborn should start nursing with the first 10-15 minutes of standing up to get nutrients and warmth from the colostrum.

With an experienced cow, the birthing process shouldnŌĆÖt take much more than an hour. A first-time heifer might doddle around and act like she doesnŌĆÖt know what to do. While this is understandable (with it being her first calving), heifers should be watched more closely around calving season in case you need to intervene and help them along.┬Ā

Read more: It’s getting cold. Here’s how to ensure your cattle are ready for winter weather.

If youŌĆÖre approaching your first calving season and feeling a little unsure of how it all might play out, there are a few practical things you can do.

If you know of any farmers or ranchers nearby that also have cow/calf herds, call and see if they would let you come check cows with them a time or two. You might not see an actual birth in process. But they will be able to point out signs of an impending calving and odd little things you might not know of.

Keep your vetŌĆÖs number handy. Stay connected to a close friend that might be able to run over and help you pull a calf if needed. And say a prayer!

It might get a little hectic, but youŌĆÖll come out on the other side of calving season just fine!┬Ā

Ashleigh Krispense lives in Central Kansas with her husband, Kolton, and their menagerie of critters. She enjoys writing, baking, gardening, and spending time with her husband on the farm. To follow along with her life as a farm wife, check out her blog, Prairie Gal CookinŌĆÖ.